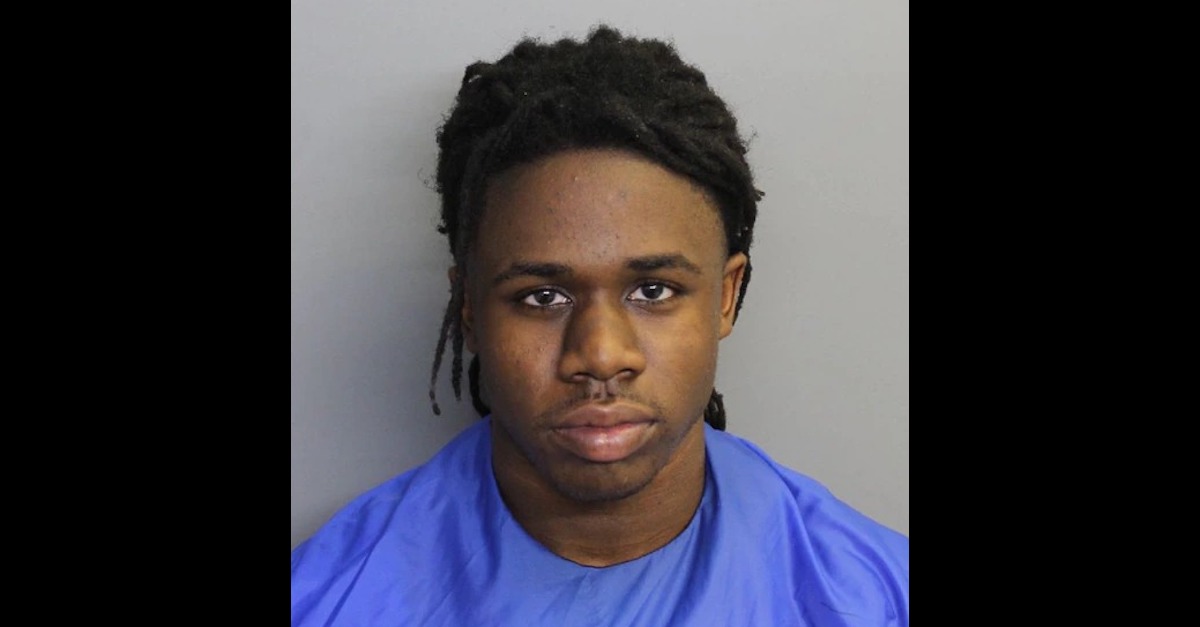 A man in South Carolina was arrested after police say he beat a 3-month-old baby boy to death, leaving the infant with “a large skull fracture” that ultimately killed him. Agents with the South Carolina Law Enforcement Division (SLED) took Ny’Jshore J. Green, 20, into custody on Monday and charged him with one count of homicide by child abuse, court records show.

According to the arrest warrant signed by County Magistrate Judge Robert S. McCord, deputies with the Clarendon County Sheriff’s Office on Nov. 16 responded to an emergency call about an unconscious baby at a home in Manning. Upon arriving at the scene, first responders reportedly discovered the infant “unresponsive and cold to the touch,” per the warrant. Paramedics with Emergency Medical Services attempted life-saving measures and rushed the child to a local hospital, but he was pronounced dead shortly after arriving.

The Clarendon sheriff’s office said it requested that SLED be brought in to assist in the investigation into the baby’s death.

According to SLED agent Erin N. Beasley, a subsequent autopsy on the baby’s remains revealed that his death was a homicide likely caused by “a large skull fracture due to blunt force trauma on the right side of [the child’s] head,” the warrant stated. Authorities have not yet released the final cause of death.

Police said that Green was the sole adult caretaker charged with watching the child on the day the infant died; they claim Green inflicted the injuries that ended the baby’s life.

“The defendant caused the injuries resulting in [the baby’s] death, and the injuries occurred under circumstances manifesting an extreme indifference to human life,” the warrant stated.

SLED agents took Green into custody less than a week after the child’s death. He is currently being held at the Clarendon County Detention Center without bond.

Green’s case is being prosecuted by the Third Circuit Solicitor’s Office.

Earlier this month, a judge in South Carolina sentenced a 30-year-old man to spend the rest of his life behind bars for viciously beating a 2-year-old baby to death in 2018.

Circuit Court Judge Donald Hocker on Thursday handed a life sentence without the possibility of parole to William R. Looper, who pleaded guilty to one count each of murder and first-degree criminal sexual conduct with a minor, as well as two counts of unlawful neglect of a child in the death of Brantley J. Smith, Law&Crime previously reported

Looper was found to have “brutally sexually molested” the baby before the beating that left him with multiple fractured ribs, severe bruising, and bite marks all over his body.

The boy’s two older brothers, ages six and eight, told police they could hear Brantley screaming throughout the entire night he was killed.

Read the arrest warrant for Ny’Jshore Green below.