Pennsylvania Meth User Beat His Mother to Death with Baseball Bat After She Evicted Him from Home: Authorities 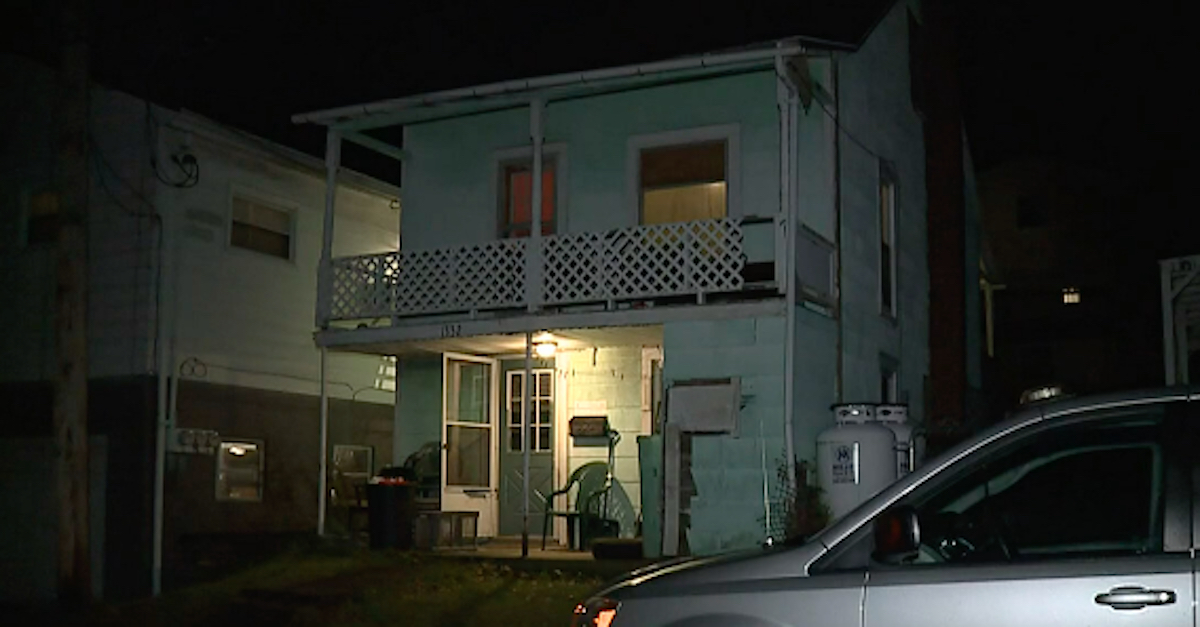 The house where Sarah E. Jones was allegedly killed by her son Christopher M. Depka.

A 39-year-old man in Pennsylvania was arrested on Friday after police say he used an aluminum baseball bat to beat his mother to death in her own bedroom. Christopher M. Depka, 39, was charged with a slew of felonies for allegedly killing 61-year-old Sarah E. Jones, Penn Live reported.

According to the report, Depka is facing charges that include felony homicide, aggravated assault with a deadly weapon, aggravated assault robbery, simple assault robbery, theft, receiving stolen property, and access device fraud. Court records obtained by Law&Crime indicate that Depka was initially only charged with a series of drug-related offenses.

Officers with the Coal Township Police Department responded to a request for a welfare check at Jones’s home in the 1200 block of West Holly Street. A neighbor had requested the check; she reportedly told investigators that she and Jones had been communicating regularly by telephone on Saturdays but that Jones abruptly stopped picking up the phone. The neighbor said the silence was strange because she dropped off onions to Jones on Saturday. Jones said she was going to be at home cooking.

Upon arriving at the scene, police reportedly entered the residence and found Depka in the bathroom. He was ripping up the tiled floor and told the officers he was planning on replacing it, a copy of a warrant obtained by Penn Live reportedly states. Officers also reportedly discovered a syringe with a needle attached and a black bag which contained additional syringes, needles, and what was believed to be marijuana and methamphetamine.

As officers continued to search the home for Jones, they reportedly discovered grisly scene in the woman’s bedroom. Jones’s body was reportedly found wrapped up in several blankets at the foot of the bed. The warrant reportedly said there was blood spatter on the floor, walls, and ceiling of the room. Jones was pronounced dead on the scene at approximately 11:50 a.m.

Investigators also found a box underneath a desk in the bedroom that reportedly contained an aluminum baseball bat that was covered in blood and hair.

An autopsy conducted by County Coroner James F. Kelley determined that Jones’s manner of death was homicide. It said the woman suffered a fractured skull, according to a report from the Sunbury, Pa. Daily Item. The killing is reportedly believed to have occurred last Saturday between 9:56 a.m. and 11:26 a.m., the police said.

Depka reportedly told investigators that his mother evicted him from her home, but he claimed that she recently decided to let him move back in. He also reportedly admitted that he used methamphetamines regularly, was aware his mother was dead, and that he knew her death would allow him to inherit her house.

Court records obtained by Law&Crime show that Jones sued her son in September and won a judgement against him for $150 and change in a landlord/tenant case. The date of his eviction is unclear. Jones originally sought $2,000, the documents indicate.

Per the Daily Item, Depka appeared be Judge John Gembic in Shamokin District Court late Sunday evening on the drug charges, and his bond was set at $50,000. However, his bond was reportedly revoked when prosecutors added the homicide charge. The defendant is currently being held in Northumberland County Jail.