Sheriff’s Detective Killed His Deputy Lover in Murder-Suicide While on Vacation: Authorities 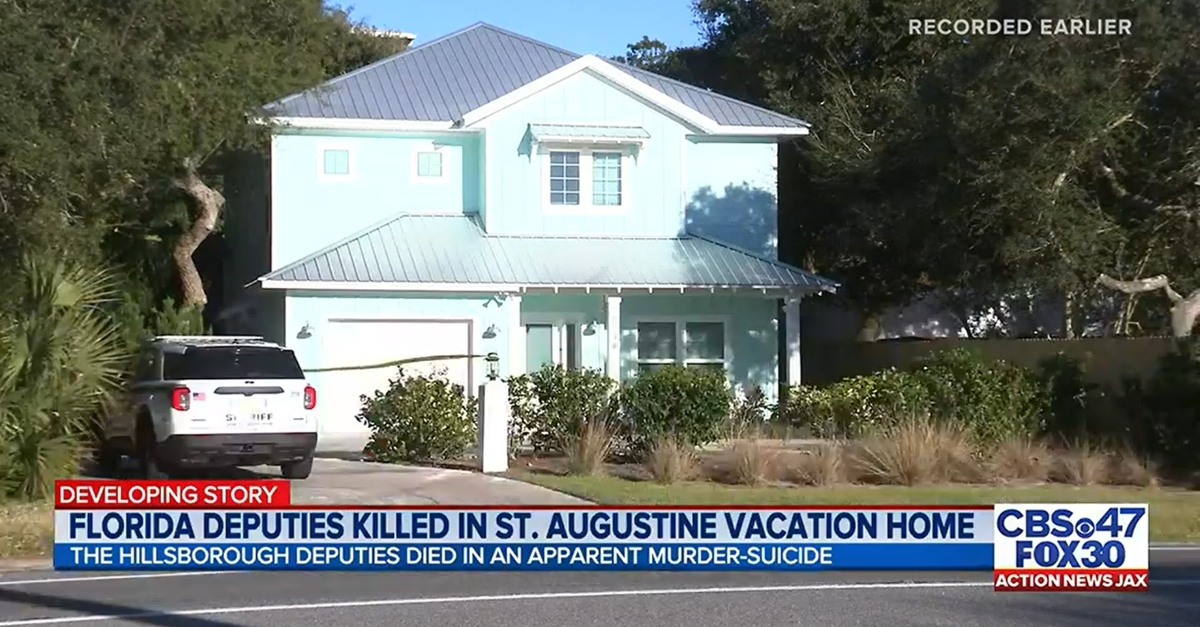 A sheriff’s deputy killed his colleague and then died by suicide, according to authorities. Officials said they were a couple. Both belonged to the Hillsborough County Sheriff’s Office. Authorities named the shooter as Detective Daniel Leyden of the Criminal Investigation Division. They did not name the deputy of the Uniform Patrol District III.

“Our Sheriff’s Office family is still reeling from the shock of this unthinkable tragedy,” their boss Sheriff Chad Chronister said, according to The Tampa Bay Times. “My prayers for strength and comfort are with the families and loved ones of these deputies, and every member of Team HCSO affected by this painful loss.”

The story is that the couple were on vacation up in St. Augustine with other deputies. They were heard arguing in the rental home. Then there was the sound of gunfire. Officials said they were found dead Sunday morning. One of the neighbors said authorities on a megaphone had called out to “Daniel.”

“Last night I got home and there was a megaphone,” Kieran Wallace said, according to WJXT. “Police was out front and he kept repeating for Daniel to come out with his hands up. It was a little bit alarming. About 30 minutes later we got a phone call that said we had to lock our doors and stay inside.”

Authorities did not suggest a motive or elaborate at length on the relations. The St. Johns County Sheriff’s Office is handling the investigation.

“Tragically, the incident is being investigated as a murder-suicide,” a spokesperson reportedly said.