Sheriff Announces One Arrest, Says At Least One Suspect Remains at Large in Cornfield Quadruple Homicide 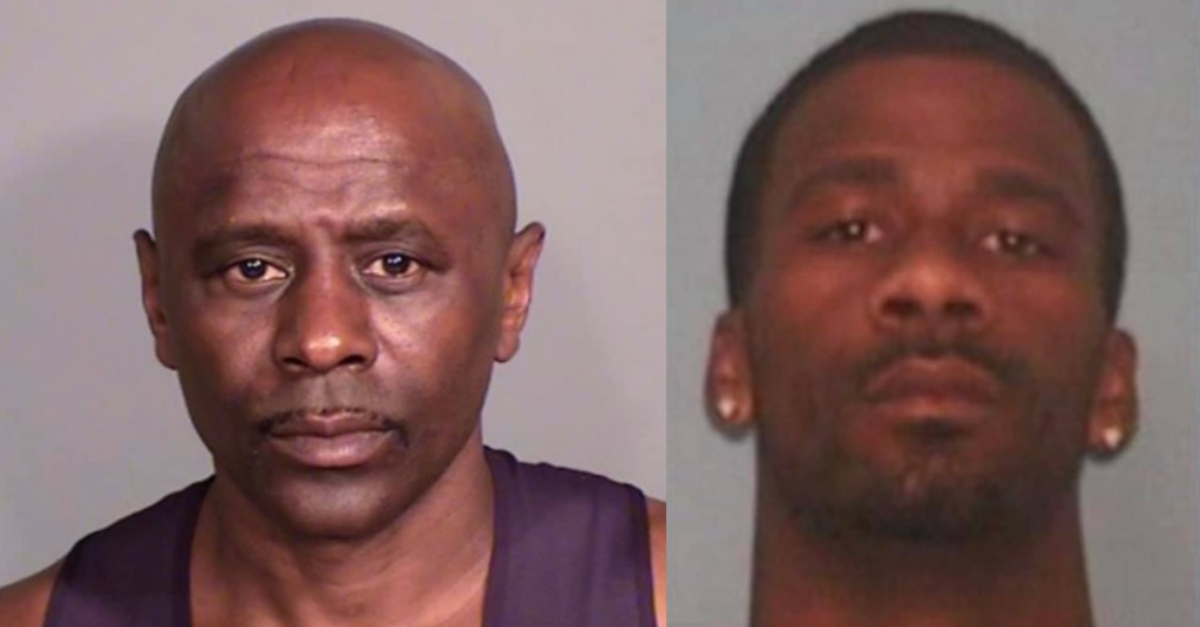 Wisconsin authorities on Thursday cryptically announced that they had arrested one man and were looking for at least one additional suspect after four people turned up dead in a cornfield.  Dunn County Sheriff Kevin Bygd said that his office had caught Darren Lee McWright (Osborne), 56, of St. Paul, Minn.  But the sheriff said he was still looking for Antoine Darnique Suggs, 38, who is believed to be in the Minneapolis/St. Paul area.  Bygd described Suggs as a suspect in the case.

Victims Matthew Isiah Pettus, 26, Loyace Foreman III, 35, Jasmine Christine Sturm, 30, are all from the Twin Cities.  That trio and Stillwater, Minn. resident Nitosha Lee Flug-Presley, 26, were all found dead together on Sunday in an SUV in a cornfield in the Town of Sheridan, Wis., deputies said. They all are said to have died from gunshot wounds.

Stillwater, Minn. is about half an hour east of the Twin Cities and is situated along the St. Croix River which separates Minnesota from Wisconsin.  The scene where the four bodies turned up is about another hour further east from Stillwater.

Sheriff Bygd warned that Suggs should be considered armed and dangerous. He said that people should not approach him. From the sheriff:

Any information as to the whereabouts of Antoine Suggs can be called into the local law enforcement agency or that information can also be provided to the Dunn County Sheriff’s Office so we can forward that to the appropriate law enforcement jurisdiction.

“As our investigation has progressed, we believe that the suspect or suspects in this case left the area after abandoning the SUV in the cornfield, so we no longer feel that there is a concern for local residents,” Bygd previously said in a press conference.

Nitosha’s father Damone Presley told Minneapolis/St. Paul NBC affiliate KARE-11 that he last spoke to his daughter on Saturday at around 8:30 p.m. She had dropped off her daughter at his home and said she was heading out to spend time with friends.  Presley voiced shock at what happened.