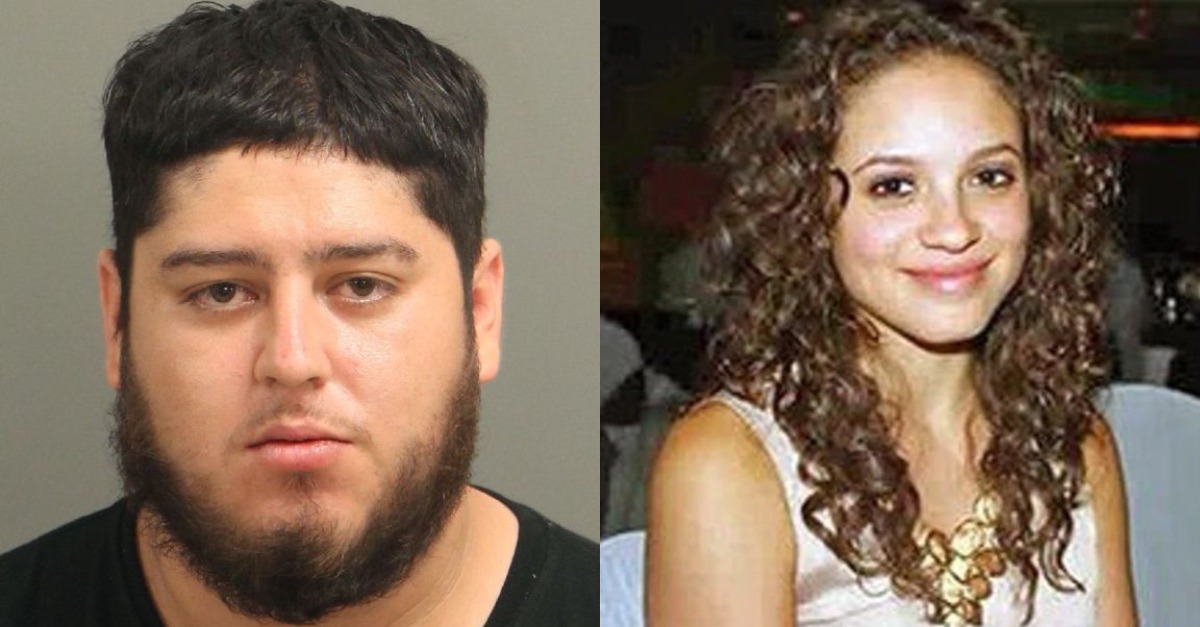 A North Carolina man from the Durham area has been arrested and charged in the years-old murder of a University of North Carolina student whose death made headlines across the country — a murder so brutal and mysterious that it spawned a cottage industry of true crime media intent on unraveling all the shocking contours.

Faith Hedgepeth was 19 years old when she was beaten to death. She was bludgeoned repeatedly in the head and left to die alone in her Chapel Hill apartment bedroom before a horrified roommate found her body. That was September 2012. Now, exactly nine years and nine days later, investigators believe they’ve finally found her long-elusive killer: 28-year-old Miguel Enrique Salguero-Olivares.

The defendant was arrested early Thursday without incident by the State Bureau of Investigation according to local CBS affiliate WNCN.

“We have fielded many interviews from the media in the past nine years about this case,” Chapel Hill Assistant Police Chief Celisa Lehew said during a press conference. “And in each of those interviews, I have said that there is not a day that goes by that I don’t think about Faith and how to help bring justice to Faith and her family. I wish I could have met her under much different circumstances.”

On Sept. 7, 2012, investigators found a gruesome and disturbing scene. Hedgepeth’s nearly naked body was hanging off her bed; her head resting on the floor; her black t-shirt pulled up over her face.

An autopsy report made public in September 2014 revealed that the victim had been beaten so severely that blunt-force trauma was the only possible cause of death. Other than her head being bludgeoned, the woman’s body was covered in cuts and bruises. She had blood underneath her fingernails and a pool of blood had collected underneath her skull by the time police arrived.

Blood was also present on the wall and the door of her closet. Investigators additionally found a bottle from the kitchen covered in DNA and “tissue fragments.” Investigators tagged and removed a wine bottle and a bottle of Bacardi Peach Rum from the the scene of the crime — but they ultimately settled on the rum bottle as the murder weapon. Semen was also recovered from a sexual assault kit which police have long suspected belonged to Hedgepeth’s killer.

“Investigators have excellent evidence in this case, and we are making a public appeal for any information that will help us tie that evidence to Faith’s killer,” CHPD Chief Chris Blue said at the time those details regarding the woman’s death were released to the public. “This is not a cold case. It has been and remains an active investigation.”

Police also found a white fast-food bag from a restaurant called Time-Out with “I’M NOT STUPID BITCH” and “JEALOUS” handwritten on the side. The bag curiously did not contain any blood spatter.

In September 2016, police released a composite sketch of the killer produced by Parabon NanoLabs which was based solely off of DNA from the semen sample and from elsewhere in Hedgepeth’s apartment.

Thousands of interviews later, local, county and state police and the state attorney general now have a suspect in custody but have cautioned the public that their work is far from over.

The defendant was not one of many original suspects in the case — suspects who had long been on the radar of both police and online would-be sleuths who feverishly followed the case. Police did not reveal when or how Salguero-Olivares became a suspect.

“Patience will be asked of you,” Chief Blue advised during the press conference. “This story will take time to completely unfold.”

“This investigation is not complete,” Assistant Chief Lehew added during the Thursday press event. “Our work is not done.”

A member of the Haliwa-Saponi tribal community who now has a scholarship in her name dedicated to helping Native American women from the Tar Heel State attend university, Hedgepeth’s murder and the ins-and-outs of the sprawling investigation fiercely captured national attention. Over one dozen podcast and television episodes — as well as innumerable online thread and posts on true crime communities and message boards — have been dedicated to her case.

“When I got the news this morning, I didn’t do anything but cry, and thank God,” Connie Hedgepeth, the victim’s mother, said during the press conference with authorities. “When I cried, it was tears of joy, tears of relief, knowing that someone had been arrested in her case.”