Aroldo Paz Wanted for Murder of Aunt and Adoptive Mother

‘She Died a Violent Death’: Sheriff Says Florida Man Who Killed 74-Year-Old Adoptive Mother Is Now on the Run 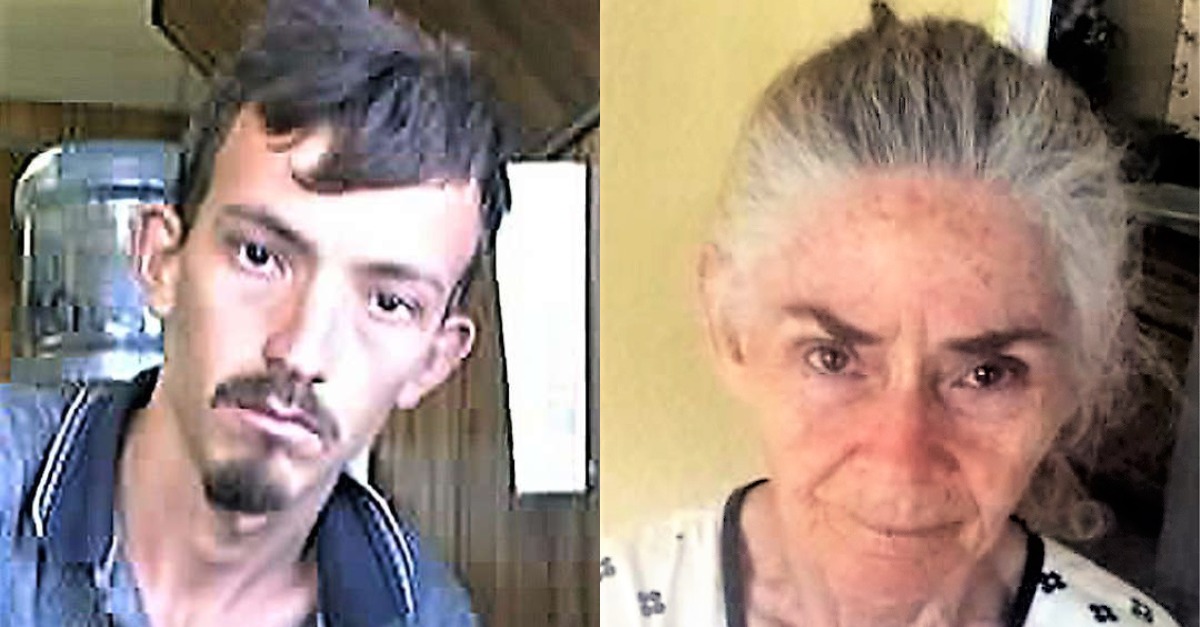 A Florida man is on the run after allegedly killing his septuagenarian adoptive mother — who was also his aunt by blood — in a particularly violent episode earlier this week, according to law enforcement officials.

The victim, 74-year-old Perfecta Paz Paz, was reported missing on Oct. 13 after last being seen or heard from by her sister during the the early morning hours the day before.

Aroldo Paz, 39, who had been living with the two sisters, was last seen later that same afternoon. He now stands accused of one count each of murder in the first degree, grand theft, and tampering with evidence, according to the Polk County Sheriff’s Office.

The suspect was reportedly in the yard on Tuesday when he told the victim’s sister that the victim had left the premises. The next day, however, the sister returned from work and the victim still wasn’t home. Aroldo Paz had allegedly packed up all of his belongings and left in a beige 1999 Toyota Camry. A box of cash belonging to Perfecta Paz Paz was also missing, according to local NBC affiliate WFLA.

The victim’s sister repeatedly called but got no answer after those discoveries, prompting her to eventually phone the police.

Polk County Sheriff Grady Judd, during a press conference on Friday, said a search of the property surrounding the home on Thursday turned up the corpse.

Authorities found the body after mustering a search party under an original supposition that foul play had not occurred.

“We’re on the side of the road because with the initial information that we received, we believe that maybe she’s wandered off,” Judd said. “So, we search the woods.”

An agricultural detective walking the fence line of the property allegedly stepped on what Judd termed a “soft” area amidst recently-disturbed soil. So, the detective dug a pilot hole. First they found the woman’s slipper. Then they found her body in a shallow grave.

Investigators then knew they were investigating a murder.

The victim’s manner and cause of death have not been released.

Law enforcement claims that a different relative told detectives that she spoke with Perfecta that fateful Tuesday. The victim allegedly said she wanted to move out because she and her son “were not getting along and they were always fighting with each other.”

During the press conference, Judd highlighted an allegedly heated argument between the two about money some two months before. According to the sheriff, Aroldo Paz pulled a gun out on his mother and threatened her before the situation cooled down.

The co-habitation continued after that fight. Aroldo Paz had moved in due to work injury, but the situation is said to have spiraled.

Aroldo Paz’s car is believed to have been recently seen somewhere in the sprawling metropolis of Houston, Texas.

“The suspect may be headed to Texas due to his previous history there,” Judd said. “He should be considered armed and dangerous. Our homicide detectives, who are simply the best, will do everything possible to find him, bring him back, and ensure that justice is served for Perfecta Paz, and her family.”

“We don’t know if he’s making his way back to Honduras,” the sheriff added.

The notably outspoken sheriff then veered into several anti-immigrant tomes before concluding his press briefing.