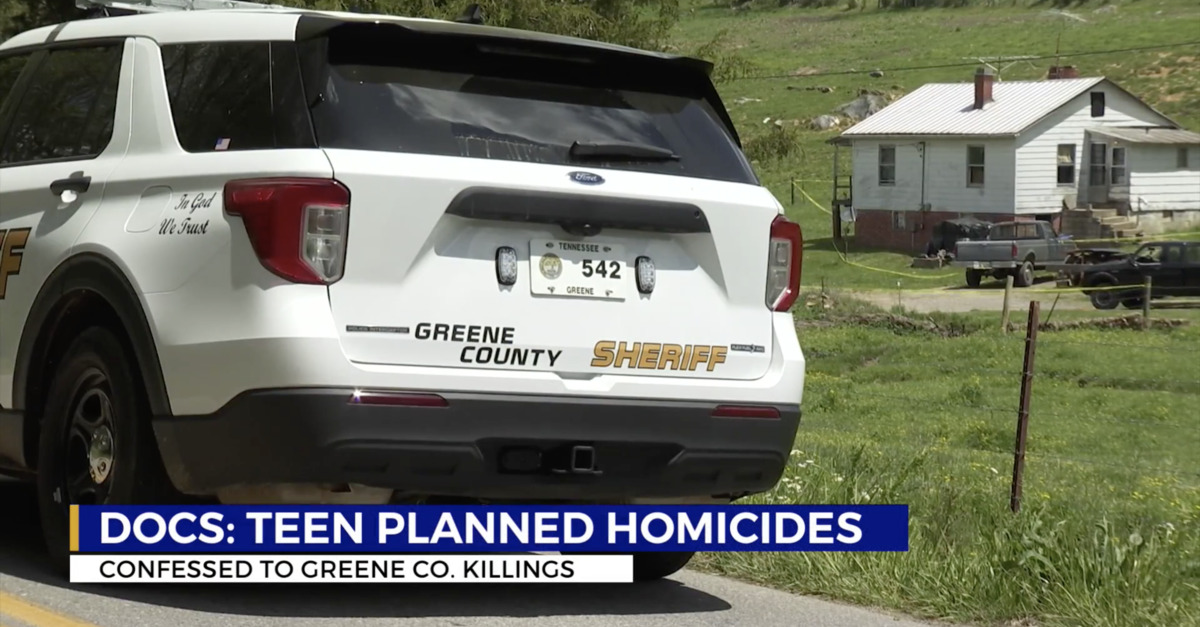 A 16-year-old boy in Tennessee has been charged with two counts of murder in the first degree over a brutal double killing earlier this year.

Earlier this month, Judge Kenneth Bailey issued a gag order in the case in response to a defense request for additional details to be withheld from the public. Court proceedings are also not public, according to Johnson City, Tenn. ABC and CBS affiliate WJHL. Due to his age, the suspect has not been named, but prosecutors signaled their intent to try him as an adult.

In a statement to the TV station on Thursday, the Greene County Juvenile Court noted the nature of the charges. Bailey’s statement explained that four witnesses appeared during a probable cause hearing during which it was “found that there was probable cause to believe the Juvenile committed the offenses.”

Greene County District Attorney Dan Armstrong has said he plans to try the 16-year-old as an adult.

“I think it’s necessary to file to transfer him to an adult court,” the prosecutor said on April 27, 2022. “That’s the only punishment that really meets the crime. Depending on what the grand jury returned as the charge, let’s say they were to return two first-degree murder counts, at that point I would have the option of life without parole.”

Details of the slayings are particularly gruesome.

According to a court document filed before the gag order took effect, the teenager “admitted to hitting the victim in the head multiple times with a hammer.” An initial report filed by the Greene County Sheriff’s Department mentions the discovery of “puddles of blood” near a parked car and “assorted tools, some of which were covered in blood.”

On April 24, 2022, 59-year-old Sherry Cole and her 7-year-old grandson Jessie Allen were beaten to death. Deputies arrived just after midnight the next day. Officers who arrived on the scene reportedly found the suspect seated in a car with another person. Two other people were seen sitting in a nearby car.

The bodies of the victims were found outside their home on Old Snapps Ferry Road in the unincorporated community of Chuckey, Tenn.

Detective Jeff Davis filed two substantially similar statements on each of the victims.

“He stated he began planning to kill the victim earlier the same afternoon,” the first statement alleges.

“[He] admitted to striking the victim in the head with a hammer and had began planning killing earlier the same afternoon,” the second statement alleges.

The suspect was originally detained, though not formally charged, on suspicion of murder/non-negligent manslaughter. In the juvenile petition for the murder charges, prosecutors wrote that the killings evidenced “premeditated and intention.”

“If transferred to adult court, the only thing off the table for a minor is the death penalty,” Armstrong said in late April. “The U.S. Supreme Court ruled the death penalty unconstitutional. I would have the option to ask for life without parole. That’s still available to ask for a juvenile.”

The community is rallying around the victims’ family. In addition to fundraisers by locals, elementary school students have also been writing notes and drawing pictures to send to Bill Cole, Sherry’s husband and Jessie’s grandfather.