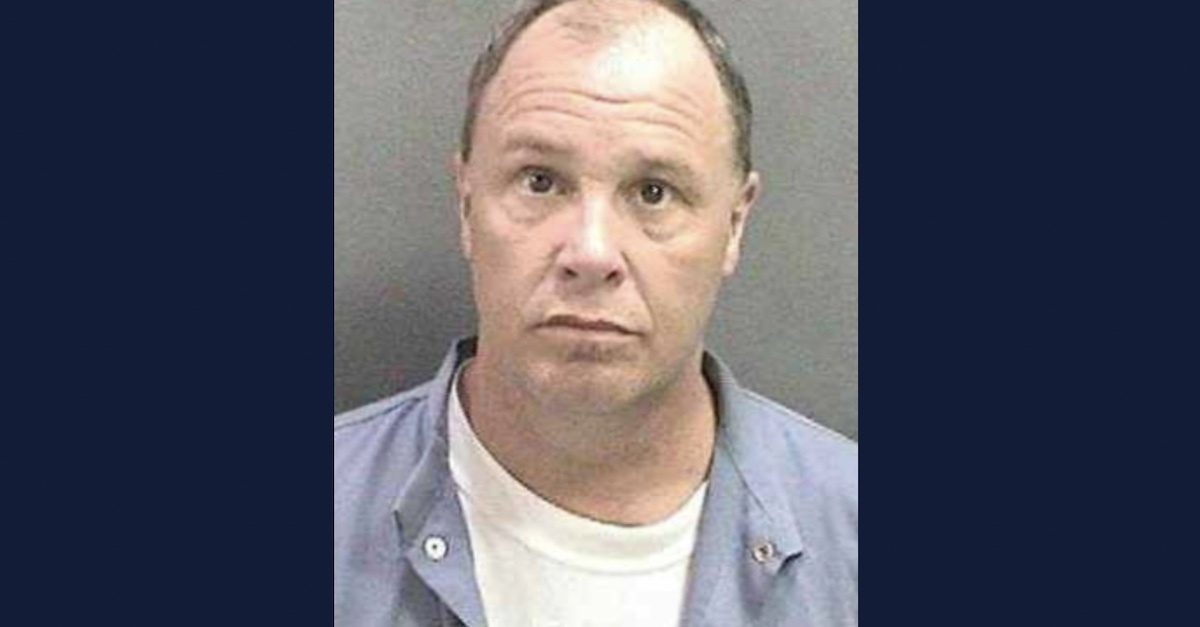 Prosecutors in California have abandoned a murder-for-hire case against a jail inmate accused of trying to hire a hitman to kill a sheriff’s sergeant, despite the objections of the sergeant.

Misconduct related to the illegal use of informants already dismantled a murder conviction against Paul Gentile Smith, and an Orange County District Attorney’s Office spokeswoman said Thursday the overturning of his murder solicitation conviction had long been expected.

“It was made clear on the record multiple times that this ‘hit’ case was going to be dismissed for the same reason,” DA spokeswoman Kimberly Edds told Law&Crime on Thursday.

But unlike the murder case, prosecutors won’t still pursue the murder solicitation charges against Smith, whose lawyer has decried the misconduct surrounding his client as the worst to come out of a years-long scandal over how Orange County law enforcement uses jail inmates to obtain incriminating information from other inmates.

“If the criminal justice system fairly punished cheating by those with real power, those responsible would spend decades in a tiny prison cell for what they did here,” Scott Sanders, an Orange County assistant public defender, told Law&Crime. “That won’t happen, but at least those responsible are on notice that the truth is about to chase them down.”

Edds said the solicitation case can’t be retried under a policy implemented in 2019 that prohibits the use of jail informants in prosecutions without permission from the top district attorney. Prosecutors apparently believe the murder case against Smith, however, is strong without informant testimony.

Edds referenced an earlier statement from Orange County District Attorney Todd Spitzer in which he said he was “forced” to concede a new murder trial for Smith because “of allegations that a prosecutor failed under the prior administration to turn over information about an informant to the defense.” The prosecutor who handled Smith’s 2010 trial, Ebrahim Baytieh, was fired in February, but he was elected to the Superior Court bench in May and is to become a judge in January. The misconduct charges prompted the judge assigned to Smith’s case, Gregg Prickett, to recuse himself because Prickett had endorsed Baytieh’s judicial campaign.

The murder case involves the 1988 stabbing death of Smith’s friend and marijuana dealer, Robert Haugen, whose body was mutilated and burned. The solicitation case accused Smith of trying to hire someone to kill now-retired Orange County sheriff’s Sgt. Ray Wert, who was investigating the murder case.

Wert led the so-called special handling unit in the jail, which worked closely with the informants and kept a secret log of informant activity that, when revealed through litigation, led to the dismissal of several major criminal cases. Just this year, U.S. District Judge Dolly Gee in Los Angeles granted a habeas petition from a man convicted of murder in Orange County Superior Court based on informant testimony, and prosecutors said he won’t be retried.

Smith, 62, pleaded guilty to solicitation case, and he was tried and convicted on the murder charge in 2010. But in 2016, with the jail informant scandal unfolding, prosecutors told Smith’s lawyers that multiple informants had targeted him while he was in jail awaiting trial, instead of only one informant as previously disclosed.

The unconstitutional use of informants in Orange County criminal cases involves a trained stable of inmates inside the jails working for law enforcement to glean incriminating informant from other inmates with pending criminal cases. One particularly prolific informant was in jail awaiting trial on his own charges for more than 10 years as he worked to win favor with prosecutors through his informant work.

The informants’ connections to law enforcement generally were not disclosed to to defense attorneys or to jurors during trials, which was explored in-depth during a months-long evidentiary hearing in 2017 that ended with a judge dropping the death penalty against Orange County’s deadliest mass murderer, Scott Dekraai, and instead sentencing him to life in prison.

Dekraai’s lead lawyer was Sanders, who took over Smith’s case in 2019.

Sanders was challenging Smith’s solicitation conviction just as he challenged the murder conviction, arguing it was built on informant evidence. Prosecutors asked a judge to allow Smith to withdraw his guilty pleas on Tuesday, though Wert’s lawyer, Lolita Kirk, told Orange County Superior Court Judge Michael Cassidy he opposes the move. Kirk read aloud a statement from Wert in which he said that because of the Smith’s conspiracy to kill him, he and his family “have endured significant emotional stress, anxiety, and I am concerned for my safety and my family’s safety.”

“Despite having an attorney, Mr. Smith’s lawyer came to my home and attempted to contact me without contacting my attorney,” Wert wrote, referring to Sanders. “That felt very threatening to me and my family. I still am concerned for my and my family’s safety and that is why I do not agree with the dismissal of these charges.”

Despite Wert’s objection, Cassidy allowed Smith to withdraw his pleas, then dismissed the charges.

Sanders told Law&Crime he “never realized that Wert had an attorney on retainer, though it’s a wise decision considering the criminal misconduct he committed.”