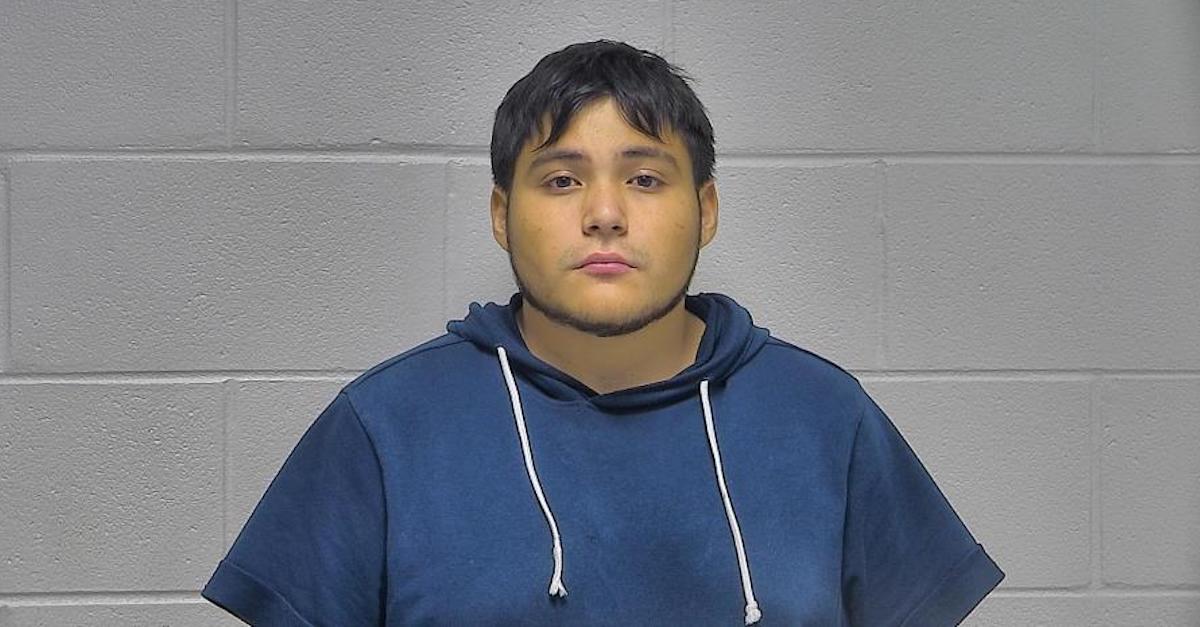 A Kentucky man is charged with attempting to murder a police officer on Thanksgiving evening.

According to the Eminence Police Department, one of its officers was involved in a shooting on Nov. 25 on Sulphur Avenue.

Jail records indicate that Marvin Rusby Galvez, 21, of Eminence was arrested and taken to the Oldham County Detention Center. He was charged with the the aforementioned count as well as wanton endangerment. He was booked at 1:47 a.m. on Friday morning, the records show.

“It’s a day to be thankful,” Eminence Police Chief Mike Wells told Louisville FOX affiliate WDRB while noting the holiday upon which the alleged crimes occurred. “However, there is a lot of violence involved . . . with families being together all day — and drinking — and tempers flare.”

Citing Wells, the television station reported that officers were initially called around 8:45 p.m. to a “domestic incident” involving the defendant’s mother and her daughter.

“When he was in the car venting to me, he had made statement that he was going to go in the house and blow his brains out,” Mertz told the television station. “I sat in the vehicle and I heard a bang. I really thought he shot himself last night.”

Mertz added that the shooting was totally out of character for her son.

“It’s not him,” she said, again per WDRB. “I don’t know what happened. What switched? He’s never acted like this.”

“He’s been in counseling his whole life, PTSD, bi-polar, autism, schizophrenic,” Mertz continued. “I think maybe he just lost it. We just lost my mama a week ago. We haven’t even got her buried yet.”

The police chief said the defendant “came out threatening our officer” by saying, “if you don’t leave, I’m going to shoot.” 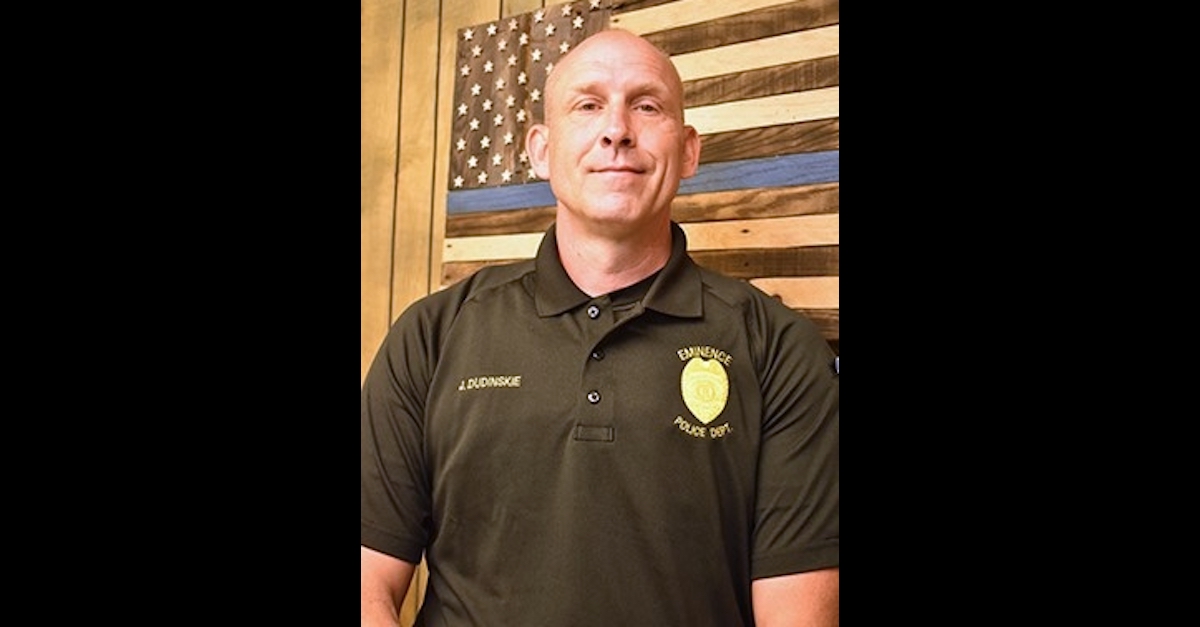 John Dudinskie appears in an image taken by the Eminence Police Department.

Chief Wells indicated to WDRB that his officer fired the first rounds.

“Our officer was in the vehicle . . . he immediately turned around, presented his firearm, and addressed the threat, firing three rounds,” Wells told the television station.  “The suspect then shot back approximately 12 times, hitting the vehicle multiple times, as our officer kind of laid down in the seat.”

Neither of the men were hurt, but pictures obtained by the television station showed broken glass and bullet holes scattered across Dudinskie’s truck.  The defendant surrendered when authorities think he ran out of ammunition.

“I think the officer did a great job,” Chief Wells said when asked about his officer’s actions.  “Basically, he’s a SWAT veteran officer, been in law enforcement over 32 years. He placed his vehicle in a position to protect civilian victims and himself.”

Mertz told WDRB she personally thanked the police chief and “wants to shake Major Dudinskie’s hand for keeping her son alive,” the TV station reported in a paraphrase of the mother’s comments.

“I thank God for that.  I thank God that he’s okay,” the defendant’s mother said.  “Police officers are okay.  They did what they needed to do.”

The FOX affiliate noted that authorities will review body camera video and surveillance cameras from a nearby school to more fully investigate the incident.

Dudinskie is reportedly taking time off from work but is expected to return to the force in a few days.

The defendant is due in court at 1:00 p.m. Monday, jail records indicate.  It is unclear if he has an attorney.  Additional court proceedings are scheduled for Jan. 18, according to a statewide court information database.