Parents Fatally Beat 4-Month-Old Baby Who ‘Only Wanted to Be Held’: Police 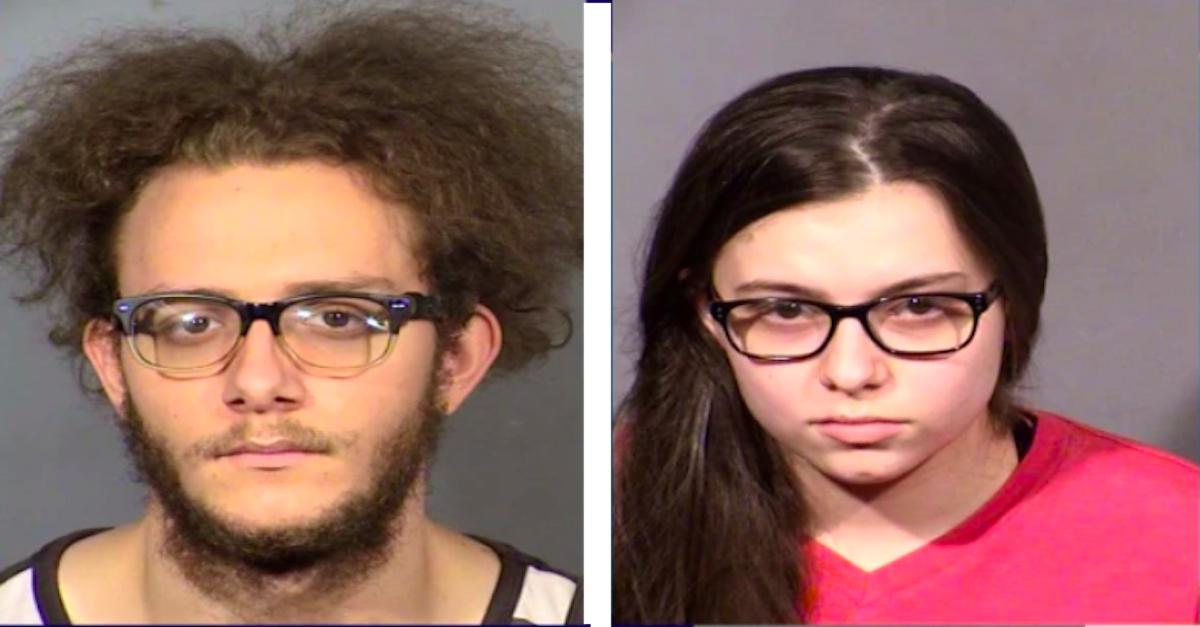 A Las Vegas couple is behind bars this week after police say the father brutally murdered their four-month-old child while the mother made no effort to intervene and protect the child from repeated and consistent abuse in their home.

According to the report, the couple brought Levi to a local fire station on Sept. 16 in an “unresponsive state.”

“The child was transported to a local hospital where medical assessment deemed him to be in critical condition,” a child welfare agency report obtained by the station stated. “A concern was noted that there was no explanation as to the child’s condition. At the time of the report, arrangements were in progress to transport the child to another hospital for specialized treatment.”

The agency report also reportedly stated that the baby had suffered a “near-fatal incident” one week prior to his death, but the Clark County Department of Family Services told KLAS that it did not have any history with the child or family.

Mykeal Rangel and Lehman both made court appearances Monday.

“[Mykeal Rangel] admitted to squeezing the child,” Chief Deputy District Attorney Michelle Jobe reportedly said during the proceeding. “He admitted to becoming severely frustrated with the child. He admitted to shaking the child on multiple occasions. So the proof is evident and the presumption is great that this defendant committed murder.”

Additional documents from the Las Vegas Metropolitan Police Department obtained by KLAS on Wednesday shed further light on the extent of the horrific abuse the newborn was forced to endure before his death.

According to the report, Levi Rangel had two bleeds in his brain, old rib fractures that showed signs of healing, blood in his lungs, a possible spleen laceration, and “extensive retinal hemorrhages,” which are a clear indication that that a baby has been shaken.

The documents also said that Mykeal Rangel allegedly told investigators that raising Levi had been “a parent’s hell” because the child didn’t eat or sleep, cried incessantly, and “only wanted to be held.”

“Mykeal ‘hugged’ Levi until he made the strained noise he makes when he is squeezed. Mykeal loosened his grip and Levi fell asleep,” one of the parents allegedly told investigators during a police interview.

Prosecutors on Monday told the court that Lehman may not have inflicted the injuries that ultimately killed her son, but said that her text messages made clear that she knew what was going on and did nothing to stop the abuse.

“She wouldn’t intervene,” Jobe said during the proceeding. “She wouldn’t do anything on behalf of this child, which is part of the reason that this child is dead.”

Both parents are currently detained at the Clark County Jail. Rangel is being held without bond. Lehman’s bond was set at $25,000, which she had posted as of Tuesday morning.

Rangel and Lehman are both scheduled to make court appearances next month.