Pa. Man with a Grudge Waited Until Couple Returned from a Motorcycle Ride and Shot Them in the Head with AR-15: Police 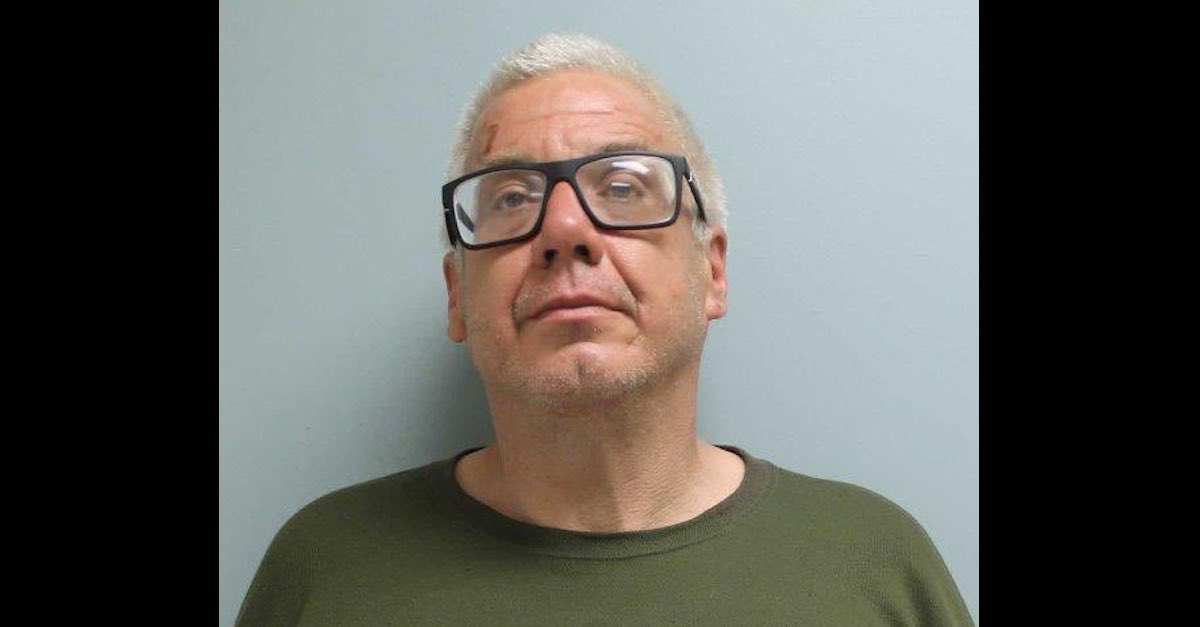 Victor Steban is seen in a mugshot from the Westmoreland County, Pa. Prison.

A Pennsylvania man is under arrest after court documents say he admitted he walked to a home, waited for a couple to return from a motorcycle ride, and then gunned them both down with an AR-15 rifle.

According to those documents, which were obtained by Pittsburgh NBC affiliate WPXI, Victor Frederick Steban, 53, told police he shot Mara Casale, 27, but did not kill her. When she tried to get away, he said he shot her two more times. At least one of the shots was to the head. Steban then reportedly admitted to shooting Jacob Erdeljac, 41 years old according to some reports and 40 according to others, while the victim was still on his motorcycle. The force of the impact knocked Erdeljac off his bike; Steban said he finished his victim off by shooting him twice in the head.

“He basically admitted that he was lying in wait when Maura and Jacob returned home on Sunday evening after being on a motorcycle ride that afternoon. He immediately attacked them as they came onto the property,” said Westmoreland County District Attorney John Peck at a news conference.

WPXI said Steban had a beef with Erdeljac. The report did not provide detail on the history of the quarrel, but KDKA, citing Peck, said Steban felt “disrespected” by Erdeljac.

According to WPXI’s report, the defendant did more than admit to murder.

“Steban said that he went into the home to look for keys to get away. When he couldn’t find any, he returned outside,” the report continued. “Once he came back out, he looked into the red truck located in the driveway and saw that the keys were in the ignition. He jumped into the truck and drove away.”

Just one day before filing the charges, the Pittsburgh Post-Gazette reported that Steban was “not a suspect” in the two killings. In a Tuesday morning news conference, the police said they were looking at three other shootings and a vehicle explosion which occurred last weekend “collectively” in an attempt to figure out what occurred.  However, the police said “would be equally as foolish” to assume all of the events were connected.

The events leading to Steban’s arrest unfolded when police received a call around 8 a.m. Monday which stated that two people were “down in a driveway with a large amount of blood.” The caller updated the officers en route that the two victims appeared to be dead. Police found two victims shot in the head; the male victim was next to a motorcycle. Rifle shell casings were on the ground.

The back door of the home where the incident occurred had been damaged in what appeared to be an attempt to force the door open, WPXI reported. Drawers inside the home appear were open; a suspect appeared to have rifled through the belongings therein.

Police announced Tuesday that they believe Steban waited for the couple to come home before opening fire, WPXI said.

“Hearts of gold with a love for life and each other.”

That’s how family and friends are remembering Jake Erdeljac and Mara Casale after they were gunned down outside their home Sunday night.

Hear what those loved ones want you to know about this couple NEW at 6p on @KDKA pic.twitter.com/SFgMzZJu0i

Duquesne Light confirmed Jacob Erdeljac was an employee. The Westmoreland Co. DA says Erdeljac and Mara Casale, a Penn Trafford graduate, were fatally shot and discovered at their home in Penn Township this morning. No word on a motive. The killer is still on the run. @KDKA pic.twitter.com/jz37x4g1Gy

Police appear to have erred on the side of connecting Steban to the weekend crime spree. According to local news reports, Steban is suspected in the three shootings which occurred at the three other homes. Police said they believe they have linked the weapon used to kill the couple on the motorcycle to the other shootings. Steban is further reported to be a person of interest in a car bombing.

Authorities announced a $5,000 award for information leading to Steban’s arrest. Authorities caught the defendant on the road Tuesday afternoon.

Before the shooting occurred, authorities said they responded to Steban’s home on Saturday night for a fire. There, they found weapons they said Steban was not allowed to possess. “About 45 minutes later, a car exploded in North Huntingdon Township,” WPXI reported. “Steban is considered a person of interest in that.”

Police say Steban fired his gun at three homes between Saturday night and Sunday morning. No one was hurt. Authorities said the potential targets and the defendant knew one another, WPXI reported.

Pittsburgh CBS affiliate KDKA described the moments when Steban was taken into custody as an “open-highway arrest” involving “a swarm of police officers, panicked drivers and a helicopter hovering overhead.” Images captured at the arrest scene showed Steban in less than flattering circumstances.

ABC affiliate WTAE said Steban was walking down the road with a gun at his side when authorities arrested him.

Police said at a news conference that the victims’ associates had nothing bad to say about them. A GoFundMe page in their honor describes Casale as an “old soul who lit up any room she walked into” and as someone who “always put others before herself, no questions asked.”

“She loved all animals, and would give anyone the shirt off of her own back just to help them out,” the page continued.

Steban was hauled to court before throngs of assembled reporters in what has become an expected and anticipated part of the U.S. criminal justice system: the perp walk. Just after Steban ducked his head into a police cruiser but before an officer closed the door, KDKA reporter Pam Surano asked the defendant if he was attempting to “avenge something” by shooting his victims.

Steban also made another odd comment before the assembled crowd: he said he actions were “all about getting Rooster.”

According to local news outlet TribLive, the comment was interpreted as a reference to Dennis “Rooster” Katona, the former national president of the Pagans Motorcycle Club.

Katona’s wife told the outlet that neither she nor her husband knew Steban or had any clue why he would make such a comment.

“We don’t know Victor Steban, never met him and have no link to him. We want the public to know we simply do not know this guy,” said Shari Katona.

Read the court docket below: