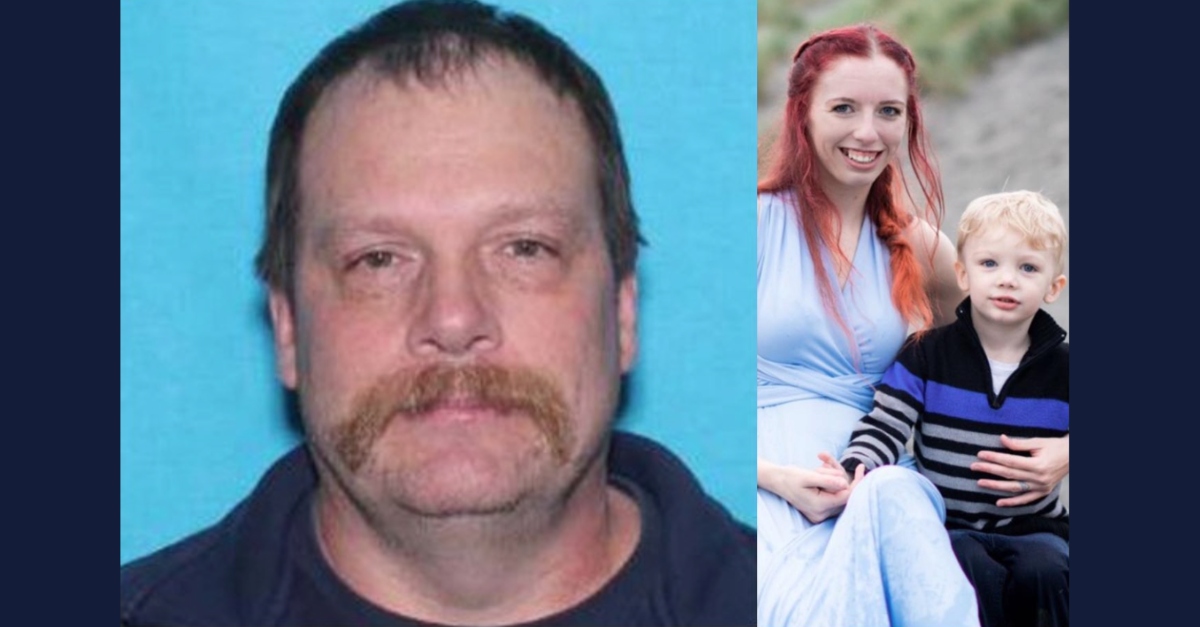 A 55-year-old Oregon man pleaded guilty on Friday to murdering his son and the boy’s mother, a court staffer confirmed to Law&Crime.

#BREAKING – Michael Wolfe pleads guilty to one count of aggravated murder and one count of 2nd degree murder in the deaths of 3-year-old son Billy Fretwell and 25-year-old Karissa Fretwell respectively #LiveOnK2 pic.twitter.com/QdErncslFI

Sentencing is set for July 20.

Wolfe originally faced charges of aggravated murder and kidnapping. The mother and son disappeared from their apartment in West Salem, Oregon, on May 13, 2019.

“Karissa and William have been missing since May 13th when Karissa did not report for work,” the Yamhill County Sheriff’s Office said. “Karissa has sole custody of William and the two reside in West Salem.”

Mere days later, authorities identified Wolfe as a person of interest. He was arrested soon after. The victims remained missing until the following July 15, when they were found dead.

A member of the McMinnville Fire Department discovered the bodies, Yamhill District Attorney Brad Berry said in 2019. The mother and child were together in a wooded area, partially hidden by debris, he said.

#breakingnews – the bodies of Karissa & Billy Fretwell were found 10 miles west of the city of Yamhill. Karissa died from a single gunshot to the head. Billy’s cause & manner of death is unclear at this point. So sad. pic.twitter.com/DMzoBVbKWP

NOW: At press conference, Yamhill DA Brad Berry points to the rural location where the bodies of Karissa Fretwell & her 3-year-old son Billy were found over the weekend. pic.twitter.com/a8NcLA6iFm

Fretwell and Wolfe reportedly met while she was working for Jimmy John’s, according to The Statesman Journal. Wolfe actively pursued her even though he was already married at the time, going as far to as call the restaurant almost daily for her to deliver his food. He eventually got her a part-time job at Cascade Steel Rolling Mills, where he worked. Even so, he reportedly was not happy about her getting pregnant.

“She never knew he was married until after a couple weeks of her being pregnant,” Fretwell’s friend Megan Harper told KATU. “Then he offered to pay for an abortion.”

Karissa, who ended up working part-time jobs and attending Western Oregon University, sought child support from Wolfe. A judge issued a court order against him on May 10, 2019, just three days before mother and son went missing.

Wolfe denied at first that he had seen Karissa since a court hearing hearing on April 15, 2019, but surveillance footage showed he was near Karissa’s apartment; cell records placed her phone near his home. Wolfe was the only person to gain from Karissa and Billy’s deaths or disappearances, Salem Police Detective Anthony VanDekoppel wrote in an affidavit.