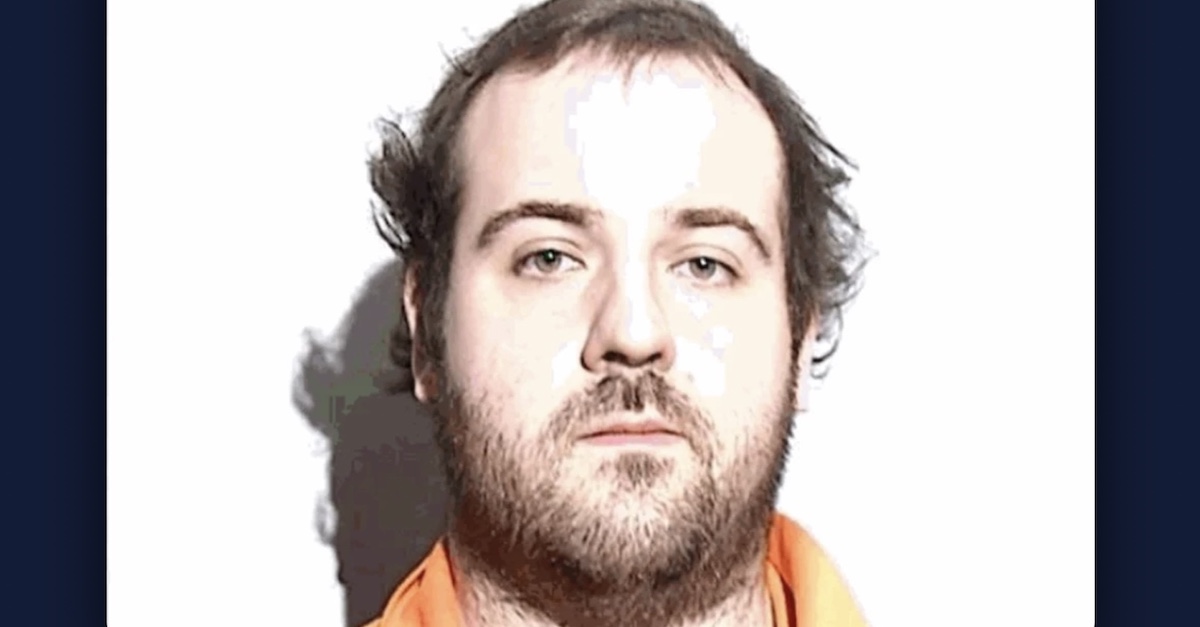 A 31-year-old man in Ohio is behind bars after he allegedly admitted to killing his mother and stuffing her body in a sewage pipe before lighting her remains on fire. Cops say that he even admitted to thinking about killing the victim for a week.

Travis J. Lewton was taken into custody Saturday afternoon and charged with one count of premeditated aggravated murder in the death of 71-year-old Nancy Lewton, records reviewed by Law&Crime show.

According to a report from Toledo ABC affiliate WTVG, officers with the Toldeo Police Department on the morning of Saturday Oct. 1 responded to a call requesting a wellness check on a possible missing person at a home located in the 1800 block of Wildwood Road. Upon arriving at the residence at approximately 9 a.m., first responders reportedly searched a wooded area behind the home, where they located Nancy Lewton’s body.

Travis Lewton was arrested Saturday at approximately 2 p.m., the day after Nancy’s murder allegedly occurred. In an interview with investigators, the 31-year-old allegedly confessed to killing his mother — something he had allegedly been contemplating for some time.

“According to the defendant himself, he had been thinking about killing his mother for about a week prior,” a detective wrote in a probable cause affidavit obtained by Law&Crime. “He attacked his mother when she came home by choking her. After she stopped breathing, defendant admitted to taking her body down in the ravine behind his house, stuffing her in a sewer pipe, and setting her on fire.”

Neighbors were reportedly devastated to hear about the horrific circumstances of Nancy’s death, but said they’d known Travis had been problematic and violent in the past and likely struggled with mental issues.

“We’ve known Travis Since he was in high school And he had trouble back then, like a lot of kids but maybe a little bit more. And it just followed him as he grew up,” Ray Wagner, who has lived on Wildwood Road for several years, reportedly told WTVG.

Wagner reportedly said it is otherwise a rather quiet area.

”Travis has struggled since he was a young man. I think the fact that, as Ray said, it’s a quiet neighborhood just highlights that mental health issues are universal. We need more community resources, we need help. It doesn’t matter nobody is immune,” she said. “A mother’s love just doesn’t end. No matter what your son’s mental illness is, and I’m sorry that it ended this way.”

Other neighbors reportedly told the network that Travis Lewton had previously forced his way into the family home.

Court records show that Lewton was arraigned Monday morning before Toledo Municipal Court Judge Joshua Lanzinger who ordered him to remain in detention on $1 million bond. He is scheduled to appear in court again on Oct. 4.

Records show that the suspect in 2011 was charged with robbery with a deadly weapon after allegedly stealing a pair of headphones from a Toledo Walmart, brandishing a pair of Fiskars shears, and threatening to stab a security guard.

Read the arrest affidavit below: