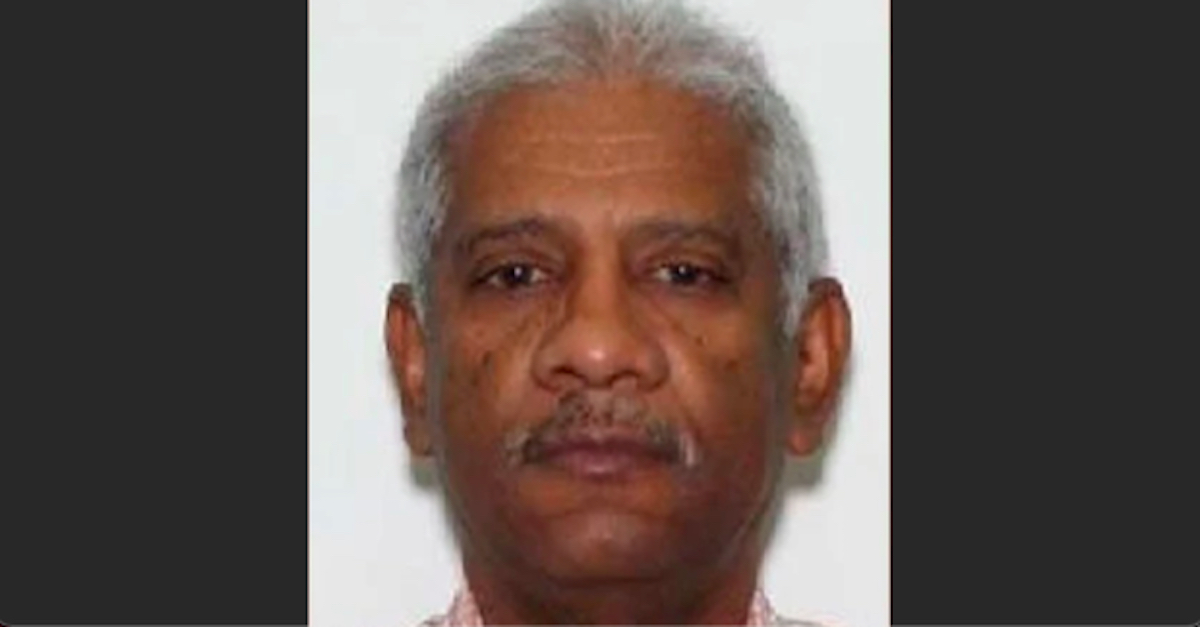 A former pastor in New York City this week admitted to killing his wife in a horrifically gruesome fashion in front of their young grandchildren. He ran over the victim multiple times before hacking her to death using a machete.

Victor Mateo, 65, pleaded guilty on Wednesday to one count of first-degree manslaughter for brutally killing 58-year-old Noelia Mateo in front of her home, the Bronx District Attorney’s Office announced.

According to District Attorney Darcel D. Clark, Victor Mateo, a Yonkers resident, parked outside of Noelia Mateo’s house located on Ellsworth Avenue in Throgs Neck on the morning of Oct. 3, 2019 and waited for her to come outside. The couple had reportedly been estranged for about a month.

Noelia reportedly left the house a little before 7 a.m. to drive her grandchildren, ages nine and 11, to school. When the three reached Noelia’s vehicle, Victor hit the gas and “struck her with his vehicle,” the DA’s office said. In an effort to avoid Victor, Noelia reportedly hid underneath her own car. Mateo reportedly got out of his car and got into Noelia’s, then he ran over her several times.

Still not finished, Victor Mateo reportedly got out of Noelia’s car, retrieved a machete from his car, then “hacked” her multiple times as their grandchildren watched the entire ordeal in horror, the DA’s office said.

The defendant, who was previously a pastor at the Christian Congregation The Redeemer Church in the Bronx, reportedly fled the scene in Noelia’s car.

Additional details about what transpired were provided by David Colon, a neighbor who said he witnessed the latter part of the attack.

“I heard a loud bang, I actually thought it was a gunshot,” Colon reportedly told New York ABC affiliate WABC-TV. “I looked out my window and I saw a car struck another vehicle. I saw a man moving his car back and forth, and he got out. Then I heard a lady screaming, ‘Help her, help her, he’s is going to kill her.’…It turns out he was hitting her with a machete, and I saw him take off.”

Colon told the station that after he saw the horror unfolding outside he rushed to help Noelia, but he couldn’t get there in time to help.

“By the time I got down, she was in pretty bad shape and the cops ended up coming,” he reportedly said. “My heart dropped. Wish I could have done something. I did the best I could do. I called the cops.”

Following a joint investigation by the Pennsylvania State Police, the NYPD, and the U.S. Marshals Service, authorities apprehended their suspect a week later in Hazleton, Pennsylvania. He was initially charged with second-degree murder, criminal possession of a weapon, and endangering the welfare of a child in addition to the first-degree manslaughter charge.

Under the terms of the plea agreement reached with prosecutors, Victor will be sentenced to 23 years in prison and five years of post-release probation. He is currently scheduled to appear in January 2022 before Judge Margaret Clancy in Bronx Supreme Court, where he will be formally sentenced.

“The defendant and the victim, his wife, had been estranged for approximately a month when he mercilessly killed her in front of her two young grandchildren and bystanders in broad daylight,” DA Clark said in a statement. “The victim’s grandchildren not only had to deal with the loss of their grandmother, but also with immense trauma after witnessing such cruel events. He pleaded guilty and will be sentenced in January 2022 to 23 years prison.”