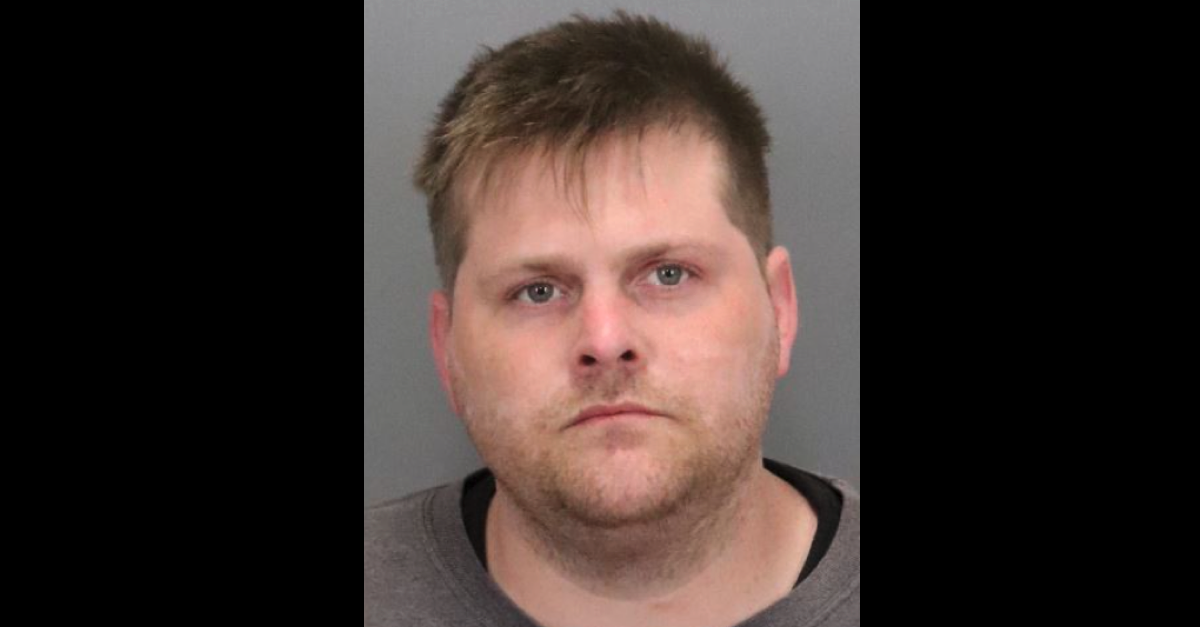 A Northern California man arrested with a cache of weapons, drugs, and bomb-building materials had a handwritten manifesto indicating that he wanted to target Black, Hispanic, and Jewish people.

Wesley Charles Martines, 32, of the northern California town of Los Gatos, was charged with possession of assault weapons, silencers, drugs, and the makings of a pipe bomb, the Santa Clara district attorney’s office said in a press release Thursday.

Martines was arrested after a business owner called police just after midnight on July 9, saying his security camera picked up a man “prowling” in the area, looking into cars and a storage shed. Police, suspecting a burglary, responded and stopped a truck being driven by Martines.

“In his car they found bullets inscribed with such phrases as ‘Cop Killer,'” the DA’s statement said.

Officials also found a manifesto expressing a desire to commit genocide. According to a report by the East Bay Times, the manifesto depicted “violent scenarios/fantasies” and contained writings voicing the defendant’s desire to “wipe out the Black, Hispanic and Jewish populations.”

Pictures released by the Santa Clara police show multiple assault rifles inside a truck, along with a Glock handgun. Photos also show what appears to be a tactical vest containing multiple blades, and a U.S. flag attached at the top. 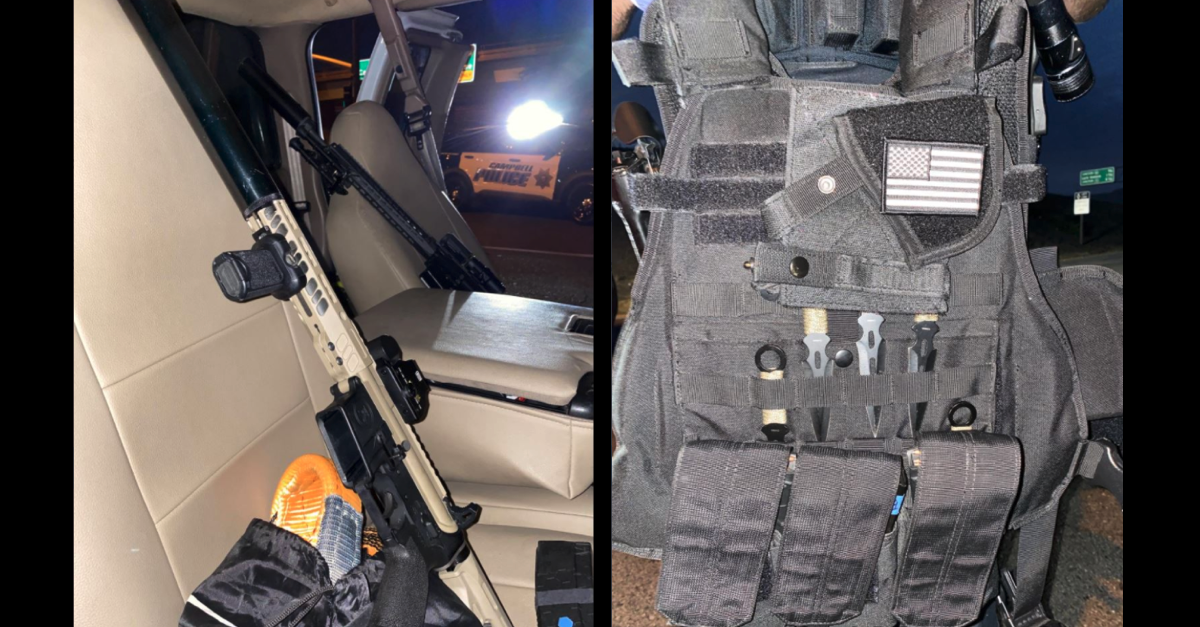 A journal in the truck contained racist and antisemitic writings and a plan to go to a sporting goods store, dress up as an employee, and tie everybody up, according to the statement.

Police also found weapons, including two AR-style rifles, which are illegal in California, and “Glock 9 mm handgun, and ammunition that was personally inscribed with such sayings [as] ‘To a widow from the Grim Reaper,’ and ‘A Good Start,’” the press release said.

Officials also found body armor, heroin, methamphetamine, and a pipe bomb filled with pellets, but no explosive material inside.

“There’s a lot of evidence to unpack still, but based on what we have seen thus far and what was recovered in the car, we believe that this person was going to commit some sort of violence against the community,” Campbell police Capt. Ian White said, according to the East Bay Times. “We believe we prevented a tragic incident from occurring.”

Martines reportedly denied any suspicious activity to police, the Times reported. He said “he just wanted to look at the price of one of the cars on the lot and denied opening a storage closet on the property,” the police report states.

Martines was arraigned Tuesday, and a judge remanded him on $300,000 bail.

“Once again, law enforcement saved lives before the blood and tears flowed,” DA Jeff Rosen said. “All of us have a role in stopping the next mass shooting, suicide, or domestic violence murder. Please call law enforcement if you know that someone is armed and dangerous.”

Police used a gun violence restraining order (GVRO) to seize Martines’ weapons. GVROs can be used to take firearms away from people who are considered to be either a threat to themselves or to others. According to the DA’s statement, Santa Clara law enforcement “use the most GVROs in Northern California.”

Martines has a court appearance scheduled for July 21.