New Hampshire Father Arrested, Charged with Assaulting Daughter Who Vanished in 2019 But Was Only Reported Missing Recently 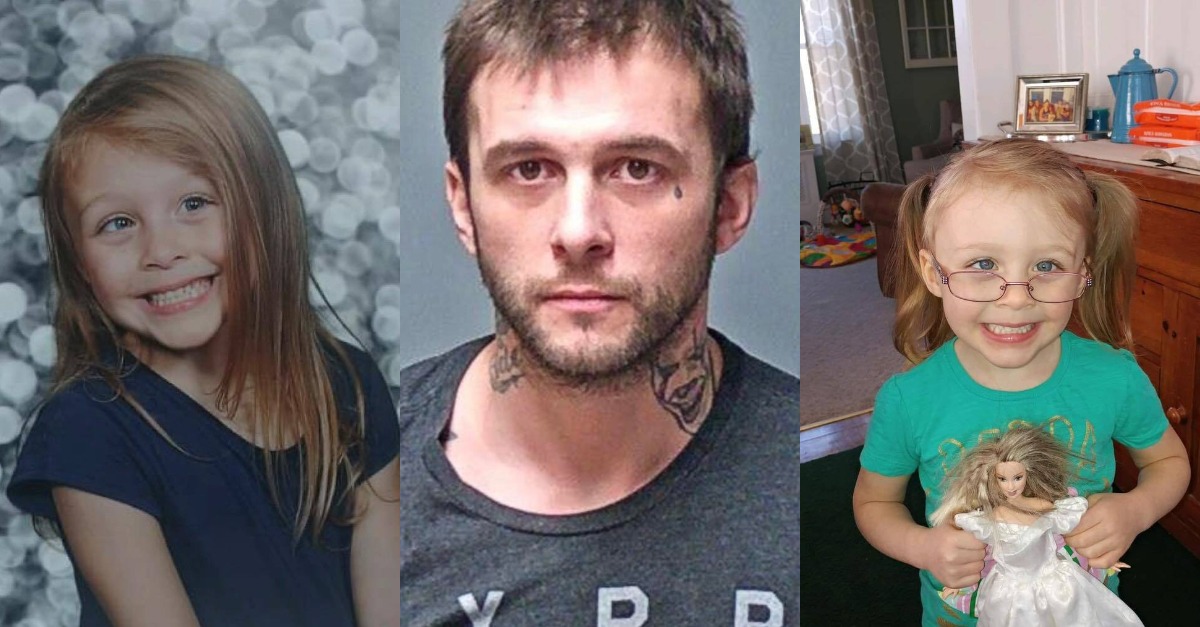 A New Hampshire man has been arrested in connection with the disappearance of a 7-year-old girl who went missing in 2019 but who was only reported missing recently.

According to authorities, Adam Montgomery, 31, was arrested on Jan. 4, 2022 in Manchester, N.H. on numerous criminal charges including one count of assault in the second degree, one count of interference with custody, and two counts of endangering the welfare of a child. The assault charge is said to arise from “2019 conduct against Harmony Montgomery,” according to a joint statement by New Hampshire Attorney General John M. Formella, Hillsborough County Attorney John Coughlin, and Manchester Police Chief Allen D. Aldenberg. Each of the remaining charges are also related to the still-missing child — whose disappearance was only first reported to law enforcement at the very tail end of 2021 — according to police in the state.

As Law&Crime previously reported, Harmony Montgomery was last seen in October 2019 when she was five years old. Police said they performed a call for service at a local home in Manchester that year in connection with the girl, but they declined to say which home was the subject of that call during a press conference last week.

The home was allegedly searched by police on Sunday, according to Manchester ABC affiliate WMUR.  The television station listed the address as 77 Gilford Street in Manchester and identified the property as the missing girl’s last known address.  A new individual now owns the house and is cooperating with the authorities, the television station noted.

An anonymous neighbor cited by the outlet said that local and state police conducted the search and came with trucks and a canine unit in tow.

“I thought she was a nice, quiet little girl,” the neighbor said of the missing child.

The police chief noted that Harmony Montgomery was somehow in the child welfare systems of both New Hampshire and Massachusetts. He also said that the New Hampshire Division of Children, Youth and Families was the entity that finally noted the girl’s disappearance last week and the bizarre circumstances of when she was last seen two years ago. The fact of her disappearance being unreported for so long is currently unclear.

Police have so far fielded dozens of tips by way of multiple tip lines set up specifically for the purposes of the case.

The girl is blind in her right eye, wears glasses, and has blonde hair and blue eyes. She is believed to be around four feet tall and to weigh about 50 pounds, according to police.

“Although an arrest has been made, the search for Harmony continues,” law enforcement said in a joint press release announcing the pretrial incarceration of the girl’s father. “Officials are continuing to search for Harmony and are requesting the public’s assistance in locating her.”

Adam Montgomery is slated to appear in court on Wed., Jan. 5 in Hillsborough County Superior Court North in downtown Manchester.