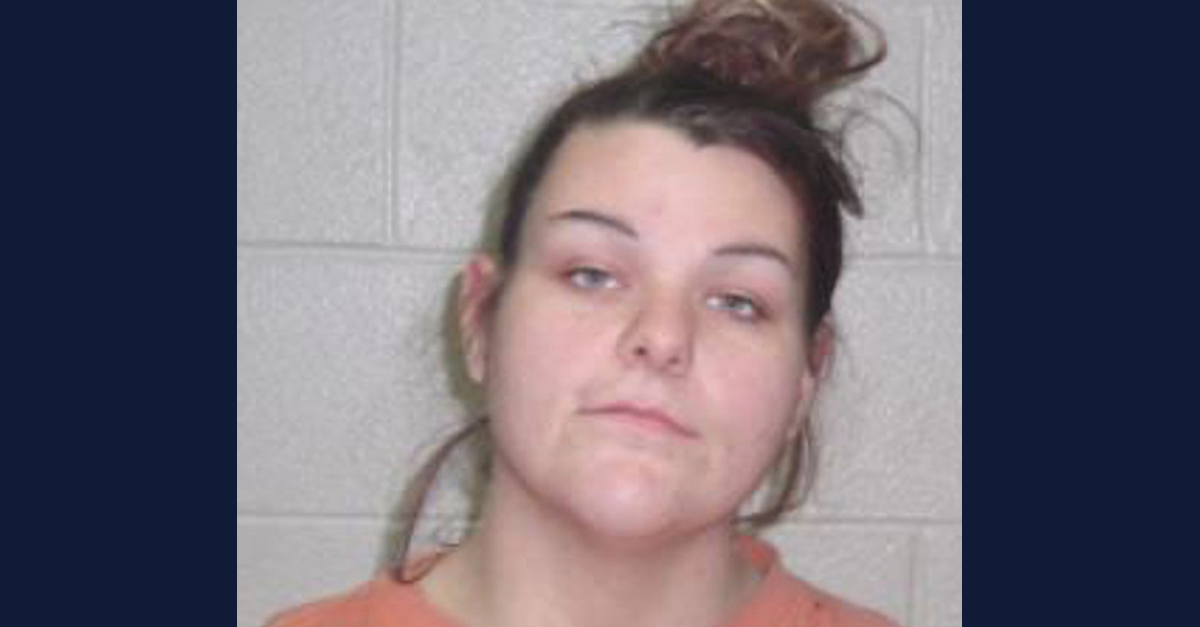 A woman previously convicted of murder in Tennessee was sentenced on an additional charge related to the underlying crime this week–resulting in a much longer mandatory prison sentence.

Valerie Ann Dollar, 28, was convicted of murder in the first degree, especially aggravated kidnapping, and conspiracy to commit especially aggravated kidnapping by Johnson County jurors in February of this year. She was sentenced to life in prison with the possibility of parole over the murder conviction forthwith. A separate sentencing hearing was scheduled for May 31, 2022 on the two additional verdicts, according to NBC/CW affiliate WCYB.

The kidnapping convictions were dispensed with on Tuesday when she was sentenced to 20 years in prison. Under Volunteer State sentencing rules, the defendant must serve at least 51 years of her life sentence before she’s eligible for parole. Additionally, she must serve 17 years of the 20-year sentence before she is eligible for parole on the kidnapping conviction. Since the judge assessed both sentences to run consecutively, she’ll spend at least 68 years in prison over the botched kidnapping and death of 29-year-old Carlton Edmondson.

Dollar hails from Boone, North Carolina. The victim in the case was from Burke County, N.C. The defendant is one of six people who have been charged in connection with his death.

In 2021, Robert Leroy Littleton, 35, was convicted of murder in the first degree and four additional crimes over Edmondson’s murder. He was sentenced to life in prison plus 20 years for his role in the scheme. Littleton’s extra 20 year sentence, also for kidnapping, was assessed at 100 percent. The three other sentences will run concurrently–meaning that he’ll have to serve at least 71 years in prison before he is eligible for parole, according to the Johnson City Press.

Edmondson’s body has never been recovered.

According to arrest warrants obtained by The Morganton News Herald, the victim was kidnapped, beaten, and ultimately killed over a drug deal gone wrong that resulted in the loss of $700.

It all started on Jan. 18, 2018. Littleton and two others drove to meet Edmondson in order purchase a large quantity of methamphetamine, some 7 grams. The eventual victim, however, was, immediately prior to that, only supplied 2.25 grams to the tune of $225. That shortfall upset Littleton, who then forced Edmondson into his car.

Things spiraled quickly from there.

Littleton, with two others present, beat the deceased man with brass knuckles inside of a camper in North Carolina. Another effort at obtaining the extra methamphetamine was made but that effort failed. One of those people, the original driver, was then dropped off–she has not been charged. The three then traveled to pick up Dollar and another man, Michael Stacey-James May. Those five then went to yet another person’s home, the then-residence of James Combs, where ransom demands were made to Edmondson’s family.

Lanisha Kincaid was sent pictures of her son to prove he was in trouble but still alive. Calls went on for hours demanding the $700 differential between the drugs promised and the drugs delivered.

“Mom, this is real,” Edmondson told his mother during one of the calls.

She said she didn’t have it. The man’s life was threatened. The calls, seven in total, came until just before noon that day.

During the final call, Edmondson’s father said he wouldn’t be able to come up with the full amount the kidnappers were asking for. The unknown caller said they had heard enough and then hung up.

Eventually, the six would travel to the home of a woman who didn’t want Black people on her property, according to warrants. That woman, Brittany Arnold, allegedly hit Edmondson multiple times for that reason, investigators believe. Methamphetamine was then used in Arnold’s home by the various defendants. She would later plead guilty to murder and kidnapping. She received a life sentence.

Late in the afternoon, the defendants realized the ransom was obviously not being paid, also-charged Leighkatherine Mina, who was allegedly part of the original drug-purchasing trio, told police.

That meant Edmondson’s life was forfeit.

Finally, the seven traveled to Trade, Tenn. where they pulled off the side of a highway. There, the victim was beaten with brass knuckles by Littleton and Arnold, who traded blows against the man’s face and body until he gave out. Arnold then kicked Edmondson in the face. He was unconscious when the six left him there in 20 degree weather.

Mina would later tell law enforcement that Arnold, Dollar, and May went back to the scene of the beating to retrieve Edmondson’s body but thats she was unaware of what happened to his body.

Early the next morning, Mina took investigators to the final scene of the crime but all they found was a small amount of the victim’s blood. First Judicial District of Tennessee Assistant District Attorney Dennis Brooks long ago said his office believes that Edmondson is dead.