Massachusetts Husband Indicted for Murdering Wife He Threatened to Kill if She Ever Left Him: DA 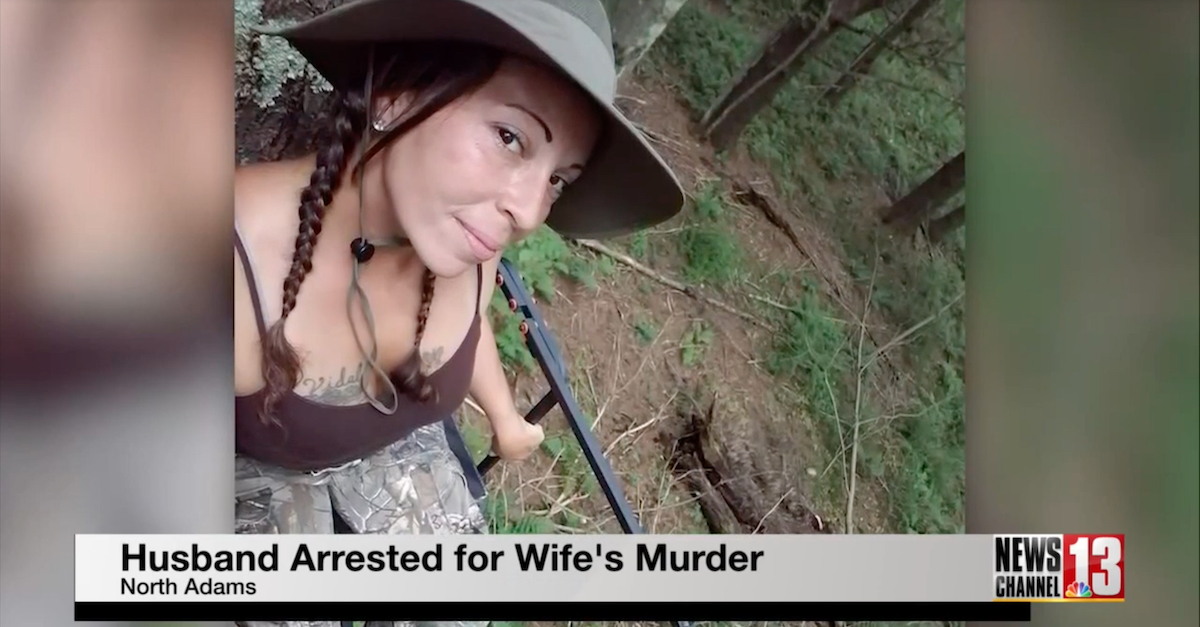 Jillian Tatro appears in a photo obtained by WNYT-TV.

A grand jury has returned a murder indictment against a western Massachusetts man who allegedly killed his wife of only five months, the office of Berkshire County District Attorney Andrea Harrington announced Friday afternoon.

Luis Rosado, 49, will be arraigned in Berkshire Superior Court on Aug. 4, the DA’s office said in a press release.

The woman, identified by the DA’s office as Jillian Tatro, was found dead in a Charles Street home on the west side of North Adams on May 29.

Tatro, 38, was previously identified as Jillian Rosado; however, given the nature of the accusations against Luis Rosado, Tatro’s family has asked that she be referred to by her previous name. The DA’s office appears to be complying with that request.

As Law&Crime previously reported in detail, relatives have said there were serious warning signs of violence in the marriage between the victim and the defendant. Both officially lived at a home on Notch Road in rural Cheshire, Massachusetts, but the DA’s office said the couple also stayed at an apartment in nearby North Adams. 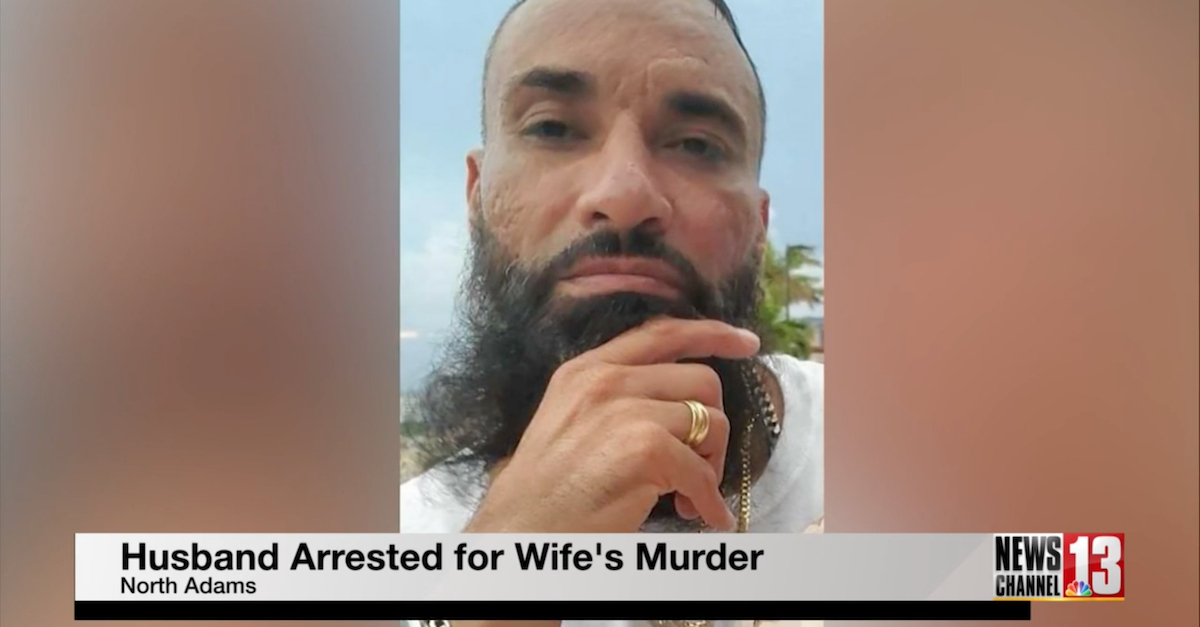 Luis Rosado appears in a photo obtained by WNYT-TV.

A 911 call at 7:54 p.m. on May 29 drew officers to that apartment within a house on Charles Street. The DA said in May that first responders found Tatro dead from “multiple stab wounds” inside the residence. Other documents reportedly suggested that the victim was also beaten.

The Rosados had been together as a couple for six months and had been married for only five months, Harrington confirmed at the time. Citing witness statements and cell phone records, Harrington also said the murder likely happened the night before Tatro’s body was found.

“Days before the murder, a witness did overhear Mr. Rosado tell his wife Jillian that he would kill her if she left him, and then on Saturday, May 28, we do have evidence that the parties were together in the evening prior to this murder,” the DA alleged. “Communication from Ms. Rosado’s cell phone did stop during the time that the parties were together. Then, witnesses put the two arguing together that evening prior to Ms. Rosado’s murder.”

1/3 Family is remembering Jillian Tatro. They say she loved the outdoors & rode horses. Police say her husband of 5 mos, Luis Rosado, stabbed her to death at a home they shared in North Adams Saturday. @WNYT pic.twitter.com/25E0FO9MSK

Kelly Gancarz Siperoglu, Tatro’s sister, asserted to nearby Albany, New York NBC affiliate WNYT that the family “knew” Tatro was “being abused” and “feared for her life.”

Siperoglu indicated that Tatro refused to heed her family’s warnings about Rosado.

“She really thought I was kidding, and she just kept telling me all the time, ‘I got this, I got this,’ and I said, ‘No, you really don’t got this, he’s got this, and you just don’t realize it,'” Siperoglu said while struggling to hold back tears outside a May court appearance.

The Berkshire Eagle reported that Tatro was “attempting to extract herself from the relationship when Rosado allegedly stabbed her to death in her second-floor apartment.”

The victim’s friends gave copies of Tatro’s final text messages to Eagle reporter Amanda Burke. Those messages, per Burke’s report, expressed that Tatro “had reached her breaking point in the relationship with Rosado and was ‘having him removed’ from her apartment.”

That text message reportedly came on May 27. Tatro is believed to have been killed the next day; her body was discovered the day after that.

Kristen McLain, the friend to whom the texts were sent, reportedly said she saw Tatro attempt to cover a black eye with makeup. 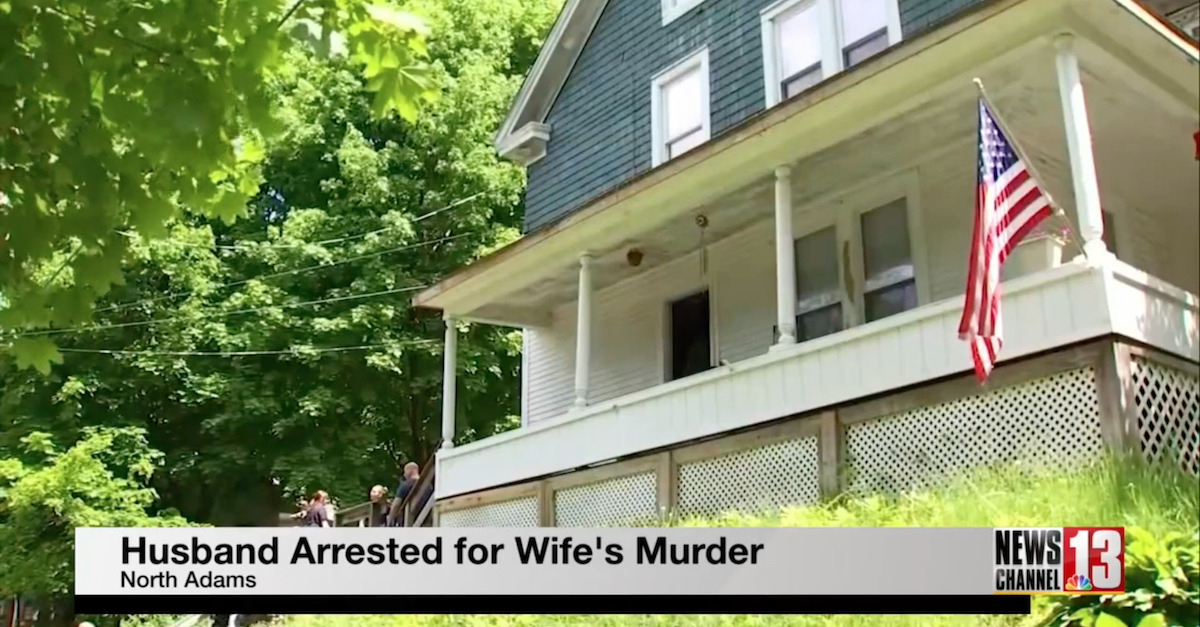 The name “Tatro” appeared on a mailbox outside the North Adams, Mass. apartment where Jillian Tatro was stabbed to death, allegedly by her husband. (Image via WNYT-TV screengrab.)

The DA also said Luis Rosado was “successfully” prosecuted in the past for domestic violence involving another victim. According to a November 2020 press release by the Berkshire County District Attorney’s Office, the defendant pleaded guilty in late October 2020 to three counts of assault and battery on a household member and single counts each of strangulation, larceny from a person, and violation of a protection order. He was sentenced to serve one year in the Berkshire County House of Correction and then serve 18 months on probation. The DA’s office sought an 18-month term of incarceration; Judge Paul Smyth agreed with defense attorneys and issued a lesser jail term in that case.

The press release connected to the 2020 incident also said the victim in that earlier case refused to testify. The DA pressed forward, however, using medical evidence and phone calls the defendant made from behind bars. Those calls, the press release said, proved that the defendant was “attempting to convince the victim not to participate in the proceedings.”

In May of this year, Harrington said her office would probe the “history” between Rosado and Tatro given a strange twist in law enforcement records: Tatro had been arrested earlier this year for allegedly abusing Rosado.

The DA worried that narrative might not hold up under scrutiny.

“Perpetrators of domestic violence can be very manipulative and very savvy about manipulating legal systems in order to carry on their abuse, and sometimes that does include seeking criminal charges against their victim,” the DA said. “That’s a topic, as I said, that we would need to be looking into — the facts in the circumstances of those cases.”

In other words, Harrington suggested, but didn’t directly allege, that Rosado had gamed the system against Tatro.

The DA also indicated in May that Rosado and Tatro did not have children together.