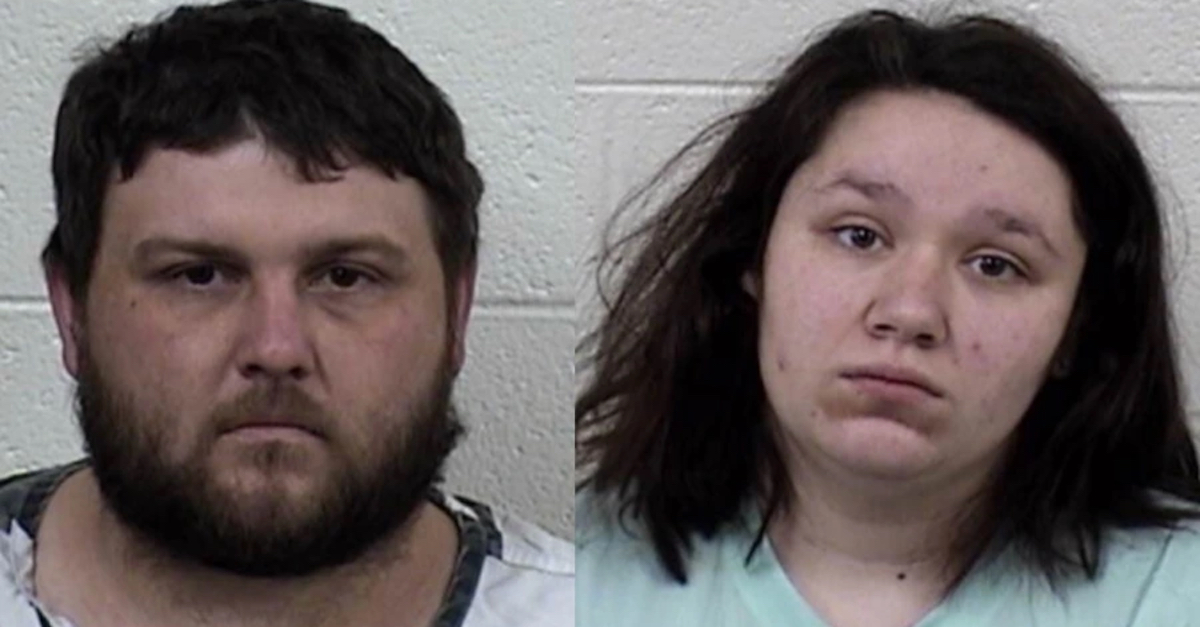 The parents of a 7-month-old baby boy in Mississippi were arrested and may face the death penalty for allegedly killing the child back in April. Kevin Nicholas Bruce and Jana Ray Bruce were taken into custody on Friday and charged with one count each of capital murder in the death of young Kevin Nicholas Bruce Jr.

Kevin Jr. “passed away unexpectedly at his home on Saturday morning, April 30, 2022,” according to an online obituary.

Authorities have not released many details in the case, but the child’s great grandmother reportedly told Memphis CBS affiliate WREG that law enforcement authorities arrested the husband and wife duo while they were at home in their trailer next door to hers, located just south of Sardis, Mississippi.

Barbara Wells, Kevin Bruce’s grandmother, reportedly said that she was “shocked” when uniformed officers came to take away her grandson and his wife of six years.

“I [didn’t] know who they were,” she said, referring to the authorities. “I assumed they was some kind of officers and I told them he lived in the trailer. I had no idea they was going to take them right on then.”

While authorities have not released information regarding Kevin Jr.’s cause of death, Wells reportedly indicated that the child died as a result of malnutrition.

“They think that the baby was mal-nutritioned [sic] and he died from – I don’t know,” Wells reportedly said.

“I mean he was ‘filled out’ but he was longer and less weight than most babies seven months [old]. He just — something was wrong with him,” she said.

However, Wells also relayed her staunch belief that her grandson and his wife did not have anything to do with their son’s untimely death, the station reported.

“They did not do nothin’ to that baby. I don’t care what nobody says. I knew them both,” she reportedly said.

The Mississippi Department of Child Protective Services (CPS) reportedly told WREG that the agency could not comment on the case. CPS did not immediately respond to a message from Law&Crime seeking information on the case and any possible history of alleged abuse.

Kevin Bruce and Jana Bruce were scheduled to make their first court appearances on Tuesday.