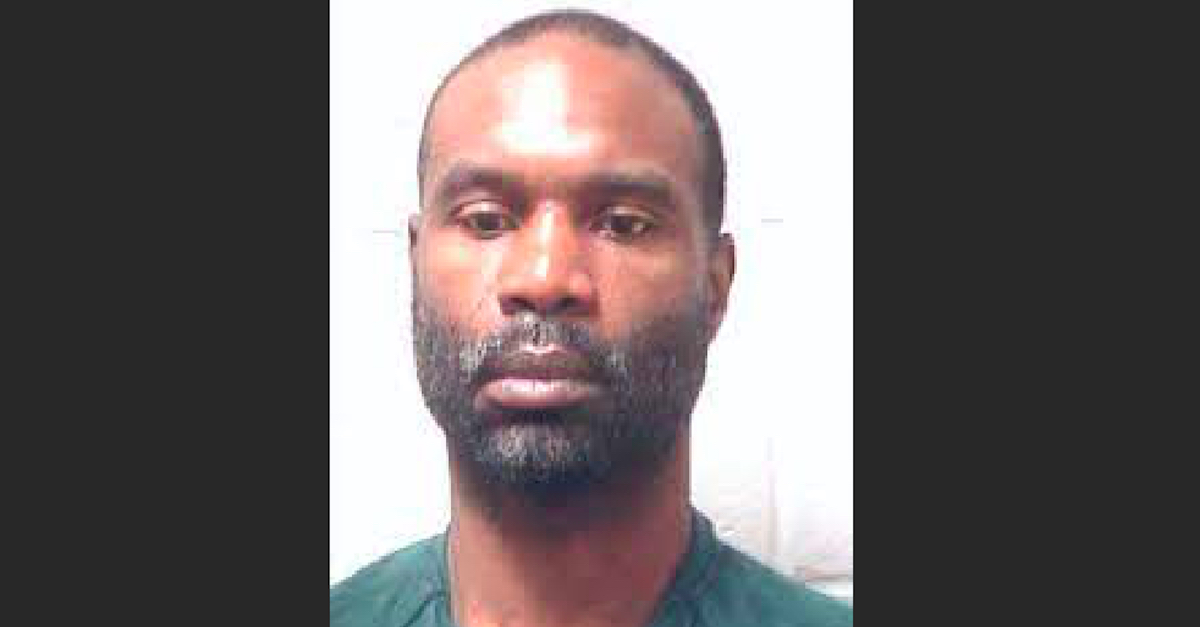 According to prosecutors, Lane murdered Conteshia McCoy, 19, sometime between Feb. 12 and April 3, 2021, then hid her body. Months later, on July 8, he shot and killed co-worker Mirsha Victor, 23, in his home in the city of Stockbridge, then made a video of himself raping her corpse. Both bodies were found together in woods.

Lane pleaded guilty to two counts each of malice murder, felony murder, and concealing the death of another. He also admitted to one count each of aggravated assault, possession of a firearm by a convicted felon, necrophilia, and tampering with evidence.

Lane was previously convicted in Illinois of raping a 10-year-old girl. He moved to Georgia after leaving prison, according to Atlanta ABC affiliate WSB-TV.

The mothers of both McCoy and Victor each shared similar accounts:  Lane claimed he wanted to marry their respective daughters.

Cocoa McCoy said Lane had been stalking her daughter and said he wanted to marry the 19-year-old, according to NBC affiliate WXIA in a July 29 report.

Victor’s mother Marie Elien likewise said Lane called her from the then-missing woman’s phone the day after her daughter’s disappearance and was “telling stories.”

“I was going to propose to her,” the defendant reportedly told the mother.

“Propose?” she responded.  “When did you meet her?”

“Oh, yeah, at work,” he reportedly responded, as per a WGCL telling of the events.

“I have to tell you something, but I need to see you personally,” the defendant continued.

He reportedly also referred to people at work as “fake.”

Victor’s mother had previously confirmed to WSB that her daughter and Lane worked together at a food processing plant, but she emphasized that the two were “just friends.”

“The crimes committed by this individual were heartless and vile. I am unable to comprehend this level of depravity and wickedness,” Henry County District Attorney Darius Pattillo said. “Despite the horror that this defendant brought to these innocent women, their families and this community, I am pleased that he will spend the rest of his life in prison without the possibility of parole. I am thankful for the hard work of our team at the Henry County District Attorney’s Office and everyone who contributed to securing this guilty plea.”

There are pending charges against Lane co-defendants Cleounsee Fisher, 41, and Ronisha Preckwinkle, 40, who are charged in Victor’s death with with malice murder, felony murder, aggravated assault, concealing the death of another and tampering with evidence.

Cocoa McCoy said in July that police failed to look into Lane as a possible suspect after her daughter’s appearance, despite her urging them to do so. She suggested they could have at least saved Victor.

“And I hate it for the Victor family, that they had to endure that,” she said. “You know, all this could have been avoided if you [police] would have just went to his house like we kept telling you to do. If you just would have went — you couldn’t save my daughter, but you could have saved somebody else[‘s] child.”

The Locust Grove Police Department did not immediately respond to a Law&Crime request for comment.

“She was a very loving girl, fun, outgoing,” Marie Elien previously told WSB-TV with regards to her daughter Victor. “Always complimented people, you know, anyone she met with. She was friendly. Not scared of adventure, of meeting new people.”

“I know at this point I’m tired of crying,” mother Cocoa McCoy said in July. “I am. Last night I cried myself to sleep.”