Man Sentenced to Federal Prison for ‘Graphic’ Emailed Threats Against Dr. Fauci, His Family, and Others 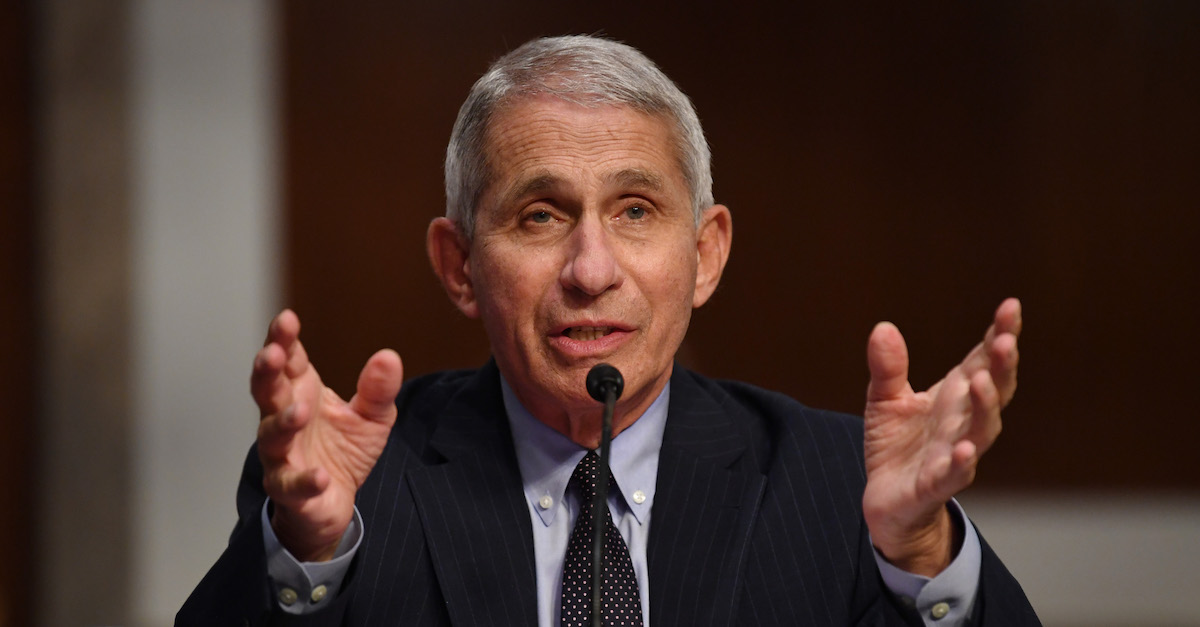 A man who pleaded guilty in May to threatening Dr. Anthony Fauci and his family has been sentenced to federal prison time for those emailed death threats — and more.

Prosecutors further said in a sentencing memorandum that the defendant’s threats extended to a public health official in Massachusetts, as well as “a religious leader and a prominent Iranian-American television host.”

The feds repeatedly emphasized in the memo that Connally was no bumbling troll merely frustrated by the COVID-19 pandemic and lashing out by “writing and sending his threatening emails into the ether or to unattended email addresses.”

Rather, the feds said, Connally was “smart” and took steps (albeit unsuccessfully) to conceal his identity online by using “an anonymous email account from a provider of secure, encrypted email services based in Switzerland”:

Over the course of nine months the Defendant conducted a campaign of terror, sending emails containing threats of serious bodily injury and death to his five victims. For the emails sent to Drs. Fauci, Collins, Levine, and Individual B, the Defendant’s goal was the same—to retaliate against these health officials because he disagreed with their performance of their official duties to combat the COVID-19 pandemic and to thus intimidate them from further performing these official duties. These individuals were not the Defendant’s first or only victims, which included a religious leader and a prominent Iranian-American television host. Smart and technologically sophisticated, the Defendant intended to heighten the terror he sought to instill by using a foreign encrypted email provider. Using this provider also allowed the Defendant to hide his identity and continue to send his threatening emails unabated.

Though prosecutors do not specify the encrypted email service Connally used, ProtonMail is based in Switzerland. Only emails between two ProtonMail accounts automatically have end-to-end encryption.

The government said that Connally not only “researched names and email addresses for individuals affiliated with his victims—especially when he could not find a public email address” but also “researched the names of family members for some of his victims and named them in his threats—employing graphic language to describe the serious bodily injury and death he intended to inflict on them.”

The government described the 9-month barrage of emailed hate as a “campaign of terror.”

“The emails contained graphic threats of gun violence, physical beatings, torture, arson, and death against Drs. Fauci and Collins and their families. This was no mere attempt for the Defendant to vent his frustrations about his mother’s living conditions or the COVID-19 pandemic,” the government’s sentencing memo continued. “Emboldened by his anonymized encrypted email account, the Defendant took premeditated actions prior to communicating his threats—researching his victims—with the sole purpose of causing substantial harm and fear to Drs. Fauci and Collins and retaliating against them for their role in the COVID-19 pandemic response.”

While the government asked for 46 months in prison, Maryland-based U.S. District Judge Paula Xinis ultimately settled Thursday on 37 months in prison, plus the three years of supervised release prosecutors sought.