Man Led Cops to Bones of Roommate He Killed in Drug-Fueled Attack, Said Victim Was ‘Flailing His Legs’ and ‘Bubbling His Words’: Court Docs 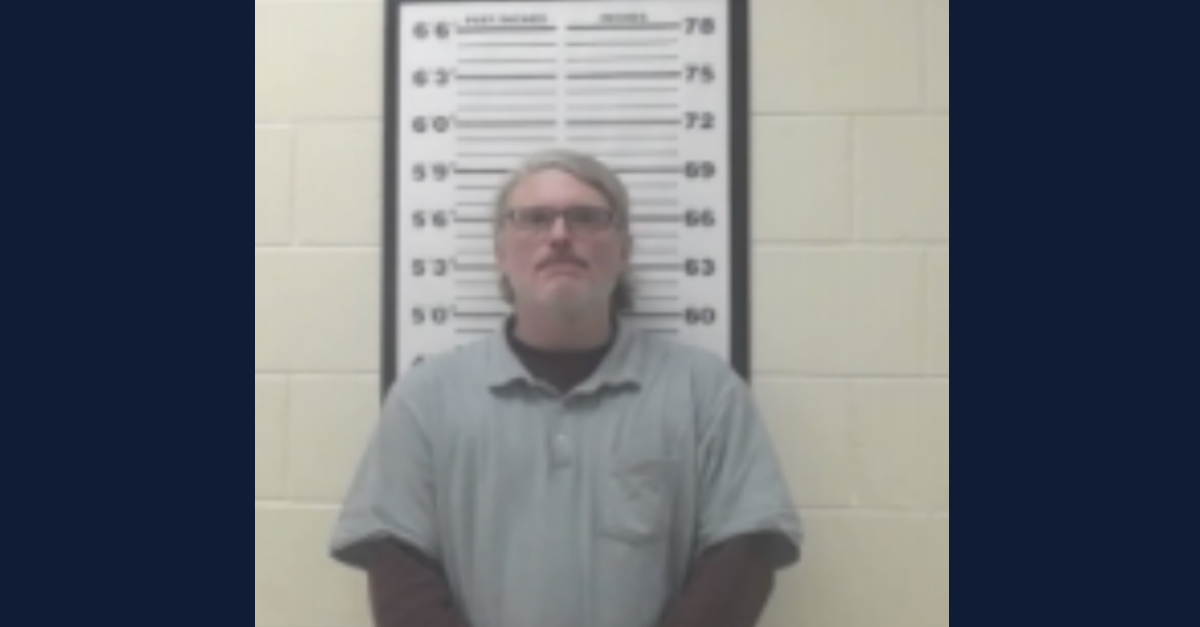 Ian Shelden (above in a 2020 mugshot for a drug arrest by the Fentress County Sheriff’s Office) confessed to killing Mark Trent.

After six years on the run, authorities say a Tennessee man has confessed to killing his former roommate.

Ian Shelden, 41, is being charged with murder, auto theft, fraud, and obstruction of justice after allegedly admitting to investigators that he killed Mark Trent in early March 2016, according to a press release and an Affidavit of Probable Cause for Arrest released by Delaware County Prosecuting Attorney Eric M. Hoffman.

According to the affidavit, Ian and his wife Tracy Shelden had been living with Trent in Indiana when the man went missing. Neighbors told investigators that “vehicles disappeared” from the residence one day.

It was “like they moved out overnight,” the neighbors told the authorities, according to the paperwork.

Around the time that he went missing, a Facebook post on Trent’s page stated that “he was reevaluating his life and taking a break from everyone, possibly permanently.” His family questioned this, however, after discovering Trent had left his dogs and wallet at his abandoned apartment, according to the affidavit.

Investigators soon learned that another individual had been using Trent’s ATM card, but beyond that, there was no new evidence in the case. There were no signs of foul play, no body or remains, and officials were never able to get in contact with the Sheldens. By that time, Ian and Tracy had fled Indiana and moved back to his home state of Tennessee. Then, six years after the disappearance of Trent, investigators received a call from the missing man’s niece stating that Sheldens were living in Tennessee and that she believed they had information regarding her uncle’s disappearance.

Investigators from the Delaware County Sheriff’s Office located Tracy first and spoke to her about the last time she saw Trent.  From the affidavit at length:

Tracy Shelden told Investigators that she and Ian Shelden lived with Mark Trent in Muncie for a short time in 2015. However, after a “falling out,” she and Ian moved out of the residence. Tracy Shelden informed Investigators that she and Ian lived in a vehicle for a short time, but stayed away from Mr. Trent. However, Tracy stated that there was a time after they moved out that her and Ian went back to Mr. Trent’s residence. Tracy recalled that herself, Ian and Mr. Trent were in the house together when Ian asked her to go to the car. Tracy then went outside to her vehicle and waited. Tracy stated that she waited outside for a long time, and eventually Ian came out alone and told her she needed to leave. When Tracy asked why, Ian would not tell her. Tracy then left Mr. Trent’s property. Later the next morning, Ian and Tracy met up again, at which time Ian was driving the truck that “[Mr. Trent] usually drove.” Tracy stated that she never saw another individual riding with Ian. Tracy stated at that point, she and Ian drove to Tennessee and met up with an acquaintance of Ian’s whom she believed was named Ryan Winningham. Ian and Ryan then left together and were gone between three (3) and five (5) hours. When Ian returned he was no longer in possession of Mr. Trent’s truck. Tracy stated that she did not know what happened to Mr. Trent’s truck. After the interview Investigators showed Tracy two (2) photos of surveillance footage collected from ATMs where Mr. Trent’s bank card had been used. In both instances, Tracy identified the individual in the photos as Ian Shelden although in one of the photos Ian was dressed as a woman. 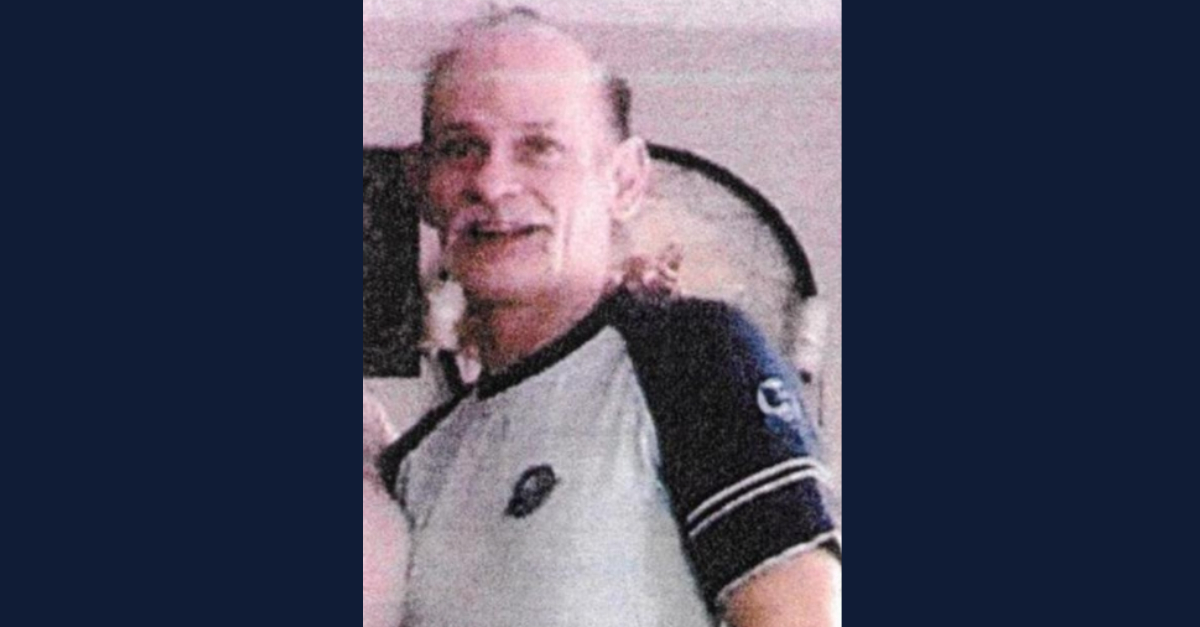 Trent (above in a photo provided by the Muncie Police Department) had been missing since 2016.

Investigators then spoke to Ian armed with this new information. At first, Ian blamed Trent’s death on an accidental overdose.  Again, the affidavit:

Initially, Ian told Investigators that Mr. Trent had moved to Florida and he’d never heard from him again. Ian also admitted to taking the Maroon Dodge to Tennessee with Mr. Trent’s permission. Ian was supposed to bring the truck back to Muncie, but never did. Investigators showed Ian surveillance photos from an ATM where Mr. Trent’s bank card was used in Tennessee on March 28, 2016. Ian confirmed it was him, but would not confirm that the individual dressed as a woman in another surveillance photo on April 1, 2016 was him. Investigators again asked Ian what happened to Mr. Trent. Ian admitted that he and Mr. Trent did have an argument that resulted in Ian and Tracy moving out of Mr. Trent’s residence. Ian became emotional and told Investigators that when he and Tracy left Muncie for Tennessee, Mr. Trent actually went with them. Mr. Trent had not gone to Florida as initially told by Ian. Instead, Ian said that Mr. Trent, whom was riding in the maroon Dodge with him, unexpectedly died during the trip due to a drug overdose. Ian advised that he then freaked out and attempted to hide Mr. Trent’s body.

According to the court papers, Ian took investigators to the spot where he claimed to have disposed of Trent’s body, but a search of the area did not turn up any sign of the missing man’s remains.

The affidavit says investigators next spoke to Ian’s parents, who informed them that their son had spent the night crying about some event in Indiana and stating that he did not want to go to jail. As a result of this new information, investigators decided to speak with Ian again, and this time got a much different story. The affidavit describes what authorities have called a confession:

During this second interview, Ian gave a different account concerning the death of Mr. Trent. Ian now stated that he and Tracy went to Mr. Trent’s house located in Muncie, Delaware County Indiana prior to leaving for Tennessee. While there, Ian and Mr. Trent talked about Ian and Tracy moving back in and smoked “crack” [cocaine] together. According to Ian Sheldon, during this time, Ian had asked Tracy to wait outside in the vehicle. Ian advised that at some point he and Mr. Trent went to a back bedroom where Ian used to stay. Ian alleged that while in that bedroom Mr. Trent tried to seduce him. Ian alleges that he rejected Mr. Trent’s advance and attempted to leave the room. While leaving the bedroom, Ian alleges that Mr. Trent grabbed his belt loop. In response to this, Ian stated that he grabbed a “tent stake” nearby and hit Mr. Trent in the face causing Mr. Trent to immediately start bleeding. Ian described the stake as being nearly two (2) feet long with a round top. According to Ian, Mr. Trent then asked why Ian had struck him. Ian said he then struck Mr. Trent again with the stake causing a “hole” in Mr. Trent’s head. Ian advised that Mr. Trent fell to the floor and was bleeding. At that time, Ian went outside and told Tracy to leave. Ian stated that he then went back inside and took steps to conceal the murder. Specifically, Ian confessed that he covered Mr. Trent’s bleeding head with a bag and placed Mr. Trent in a closet. Ian further confessed that he then cut a section of clean carpet and replaced the carpet that Mr. Trent had bled on. Ian then took a shower and washed his clothes at Mr. Trent’s residence. Ian confessed that after killing Mr. Trent, he stole Mr. Trent’s vehicle and went to WalMart in Muncie, Delaware County, Indiana. While there, Ian purchased several items with Mr. Trent’s debit card that Ian had stolen. Specifically, Ian remembered that he purchased a large “tote.” Ian then went back to Mr. Trent’s residence and put Mr. Trent’s body into the tote that he had just purchased from WalMart in Muncie. Ian placed the tote containing the body of Mr. Trent in Mr. Trent’s vehicle and left the residence. Ian advised that he then met up with Tracy, and the two (2) of them drove to Tennessee in separate vehicles. Ian told Investigators after getting to Tennessee, he attempted to dispose of Mr. Trent’s body. Specifically, Ian confessed that he had attempted to burn Mr. Trent’s remains. When that proved to be unsuccessful, Ian dropped Mr. Trent’s remains from the side of a steep mountain overhang. 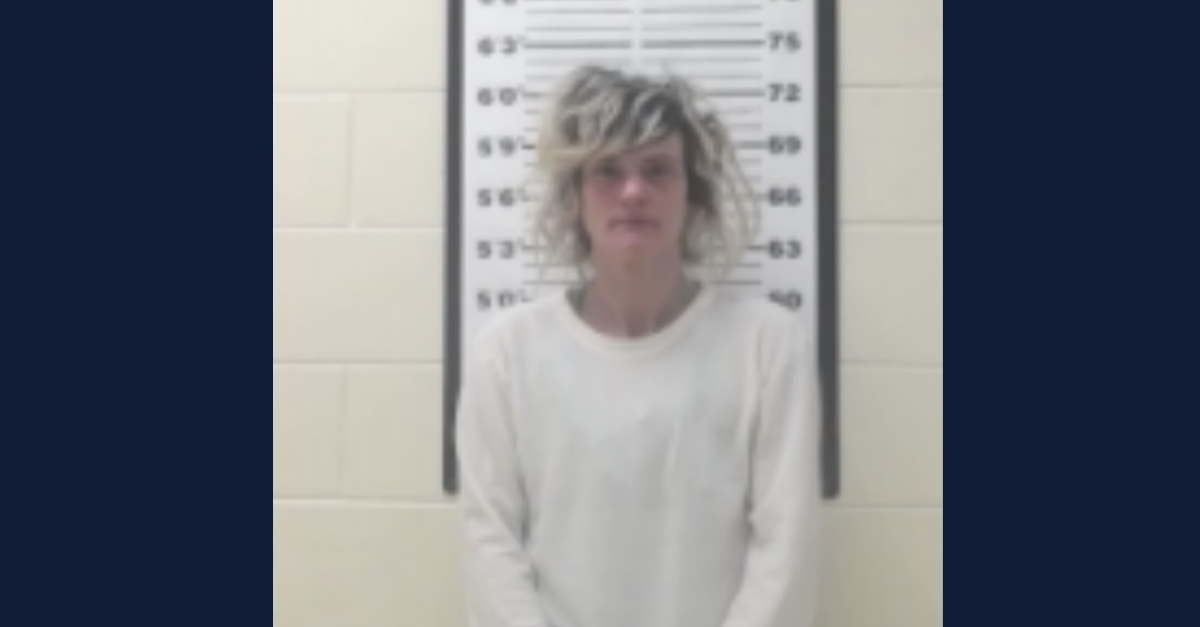 Tracy Shelden (above in a 2020 mugshot from a drug arrest by the Fentress County Sheriff’s Office) told investigators that Ian was the man withdrawing funds from Trent’s accounts after his death, once dressed as a woman.

The court papers say Ian then took investigators to a different site where he also claimed to have disposed of Trent’s body, and investigators were able to locate a tote bag full of bones that appeared to be human remains. After discovering Trent’s bones, the authorities say Ian made another confession to the police.

Fentress County Medical Examiner Dr. Lauren Havrilla and forensic anthropologist Dr. Murray Marks examined the bones found in the tote and identified them as being those of Trent. They also determined that the man had died of blunt force trauma to the head while noting that some bones were charred.

Ian is at Fentress County Jail after initially being charged with abuse of a corpse. Indiana officials are now in the process of extraditing him to the state where he will face charges of theft, fraud, auto theft, obstruction of justice, and two counts of murder. The separate murder counts are not because there is another victim; rather, they give prosecutors two separate ways to attempt to prove the crime alleged under Indiana law. The second murder count is “felony murder,” which is a murder that occurs during the commission or attempted commission of a specific felony offense. In the case of Ian Shelden, that alleged separate felony offense is armed robbery.

Prosecutors have not charged Tracy Shelden at this time.