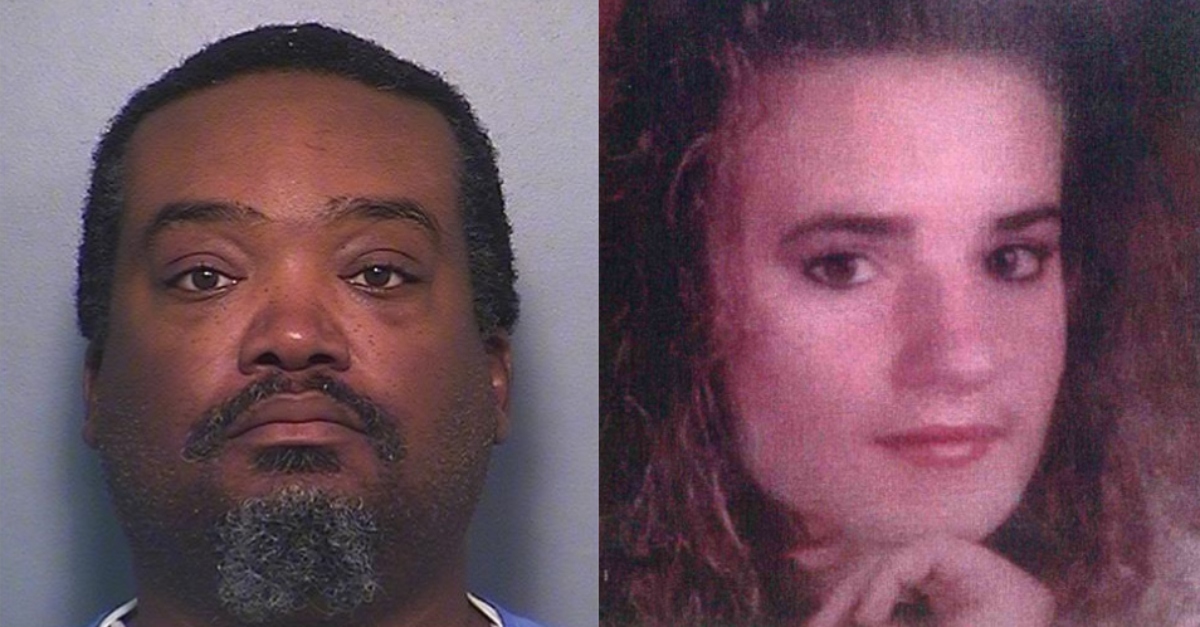 Danny Lamont Hamilton in a 2019 prison photo. Pictured on the right is Priscilla Ann Lewis in an undated photo.

Deputies say they solved a cold case murder from more than two decades ago, but it turns out they did not have to look very far for the defendant. Danny Lamont Hamilton, 51, is already set to serve 295 years in prison for unrelated sexual assault charges, according to the Contra Costa Sheriff’s Office in California. He becomes eligible for parole in December 2029, records show, but whatever dreams he might have for freedom will have to rest if he is convicted of killing Priscilla Ann Lewis, 21.

“I would like to recognize the many Sheriff’s Office homicide detectives and crime lab staff for their dedication and relentless work in the murder of Priscilla Lewis in 1996,” Contra Costa County Sheriff David Livingston said in a statement Thursday. “We continue to investigate unsolved homicides in an effort to provide families, like that of Priscilla Lewis, with answers and some closure and to hold suspects accountable.”

Lewis worked as a waitress at the Four Corners Pizza restaurant in the community of Crockett, California, when the cook found her dead in the basement bathroom on Sept. 24, 1996, deputies said.

“She was brutally murdered,” her cousin Troy Kinslow told KRON in a 2019 report. “She was beat, her neck was broken, she was strangled and her face was in the toilet.”

The case went unsolved for all these years, with authorities saying detectives interviewed dozens of people, search warrants being executed, and the crime lab analyzing evidence.

“She would light up every room,” Lewis’s best friend and co-worker Jennifer Sylvestre told the outlet about the murdered woman. “She was the friendliest most outgoing person and I am not.”

“It’s with me every day,” Kinslow told NBC Bay Area at the time in a heart-wrenching interview. “It’s with me at night. It’s with me all the time, and it ain’t going to go away.”

“In 2020, detectives submitted additional evidence to the crime lab to be tested using current technology,” deputies said. “A DNA match came back to that of Danny Lamont Hamilton. Hamilton was incarcerated at the Martinez Detention Facility from 1999-2002 for unrelated sexual assault charges. He was later convicted of those charges and sentenced to prison for 295 years. Hamilton, who is 51-years-old, is currently serving his term at a state prison near San Diego.”

[Prison photo of Hamilton, and image of Lewis via Contra Costa Sheriff’s Office]