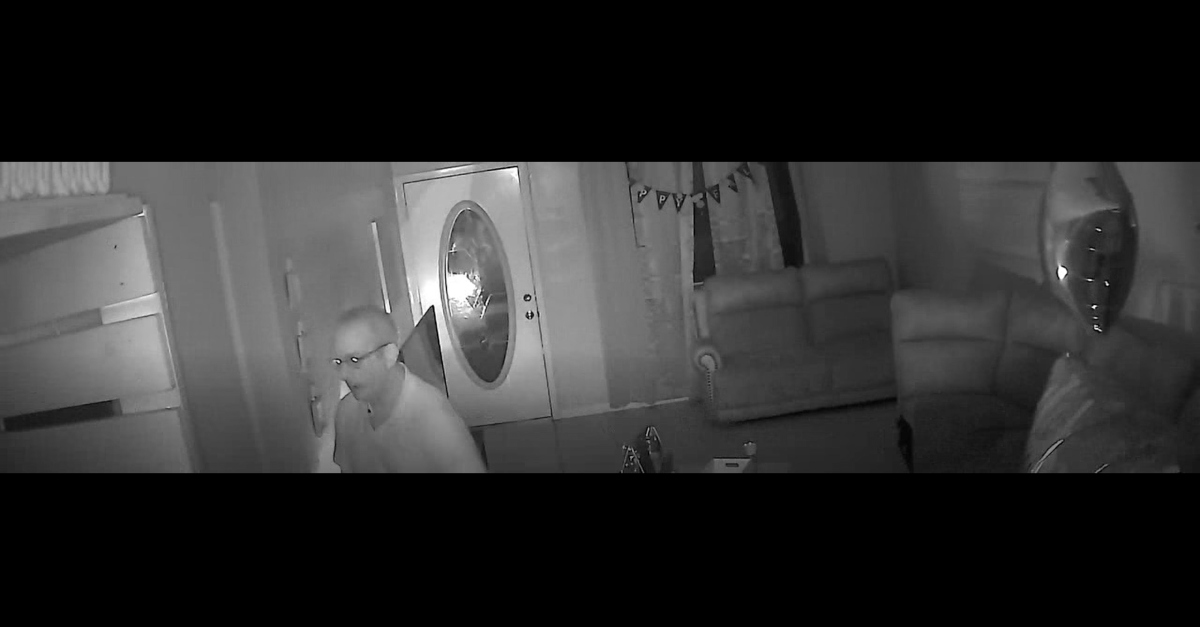 You can add this story to the list of parents’ worst nightmares. A man broke into a home, entered a juvenile’s room, exited, appeared to undo his pants, and entered the room again, according to deputies in Pasco County, Florida.

Thomas Marnets, 52, faces a charge of burglary of an occupied dwelling while unarmed, online records show. His sister was one of the people who recognized him in the video and reported him, authorities said.

Deputies posted the freaky surveillance footage to their Facebook page in their attempt to find the man. They did not identify their suspect on arresting him but local reports named Marnets as the defendant, and the juvenile as a young girl.

Authorities said the intruder broke in between 12:50 a.m. and 1:07 a.m. on Thursday. The homeowners woke up to their dog barking, authorities said. Mother Jacqueline Eisinga told WFLA she instantly knew something was wrong.

“I turned and saw my daughter’s door open and I was like, no, no, no, her room is never open,” she said. Eisinga said she screamed and the man ran past. Husband Daniel Roles said this woke him up. He said he chased the man.

“I went and saw my garage door was open, my side door was broken and my gate was open,” he said. “I just walked around my house and I didn’t see anybody out. I came back in and I called 911.”

Tipsters recognized Marnets in the surveillance video and called it in, deputies said in a WTVT report. These included his sister and employer, authorities said. Investigators said they questioned him at a Champion Inn and he was wearing the same shorts, watch, bracelet and glasses.

“I didn’t take anything,” he allegedly said.

“It’s like a total emotional rollercoaster,” she said. “It’s up and down. It’s glad that he’s caught but scared. Why was he on the street to begin with?”