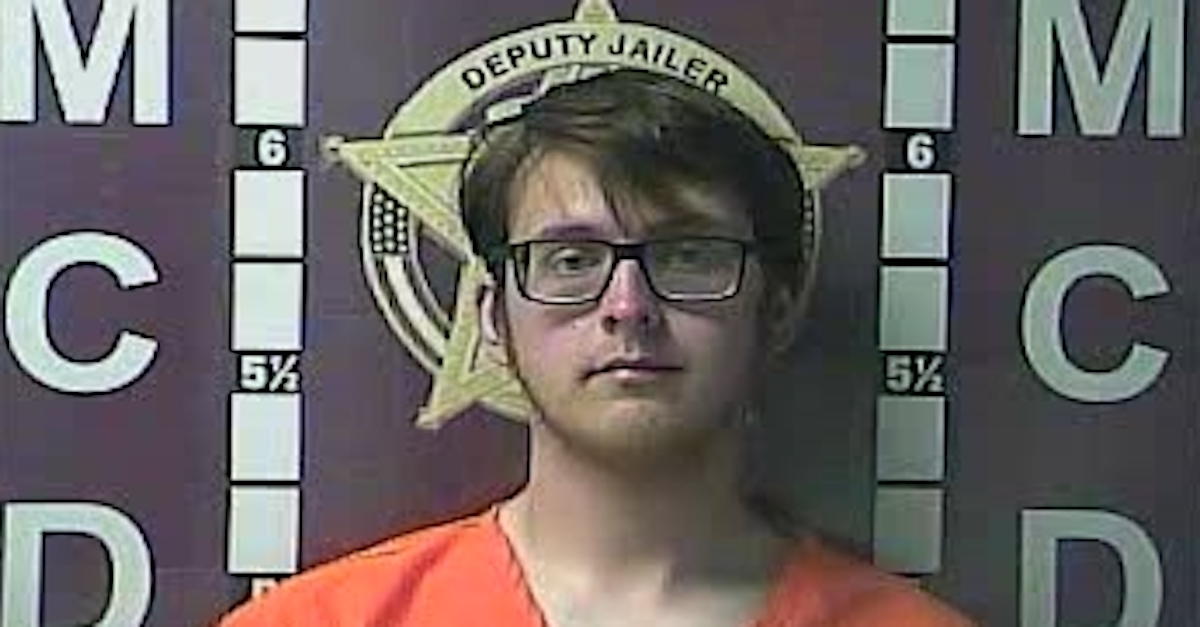 The man accused of murdering the daughter of a former Kentucky lawmaker reportedly studied the sleeping schedules of people living in the home of the family he allegedly targeted.

Shannon Gilday, 23, was arrested Monday and charged with killing Jordan Morgan, 32, the daughter of former Republican state lawmaker C. Wesley Morgan. Authorities have speculated that Gilday may have wanted access to a “doomsday bunker” in the Morgan’s multi-million-dollar home.

Gilday allegedly broke in to the Morgan family home at around 4:00 a.m. on Feb. 22 and killed Jordan while she was asleep in bed, according to an arrest warrant. Gilday then apparently tried to kill other people in the home.

“Gilday made his way downstairs and shot his way into the master bedroom where the homeowner, his wife, and minor daughter were all located,” the arrest warrant says. “The homeowner exchanged gunfire with Gilday and sustained multiple gunshot wounds.”

Notes recovered from Gilday’s apartment refer to his alleged surveillance of the residence, including layout, cameras, and access points, WXIX reported. Gilday allegedly noted that he had previously tried and failed to get into the bunker, the WXIX story said.

The notes were found in Gilday’s apartment by a friend on Feb. 23, a day after the murders, WXIX indicated.

The friend told police he was supposed to meet Gilday on Feb. 22 at 11 a.m., but when Gilday didn’t show, the friend went inside Gilday’s apartment, WXIX said. The friend later found notes and directions to the Morgan family home, WXIX reported.

C. Wesley Morgan served one term in the Kentucky House of Representatives from 2017 through 2018 before failing to beat Sen. Mitch McConnell for the Republican nomination in the 2020 election.

The Morgan family home was on the market. A real estate listing boasted about the home’s “Nuclear/Biological/Chemical Fallout Shelter and a separate Mother-In-Law suite.”

“The Shelter is 26′ underground with 39″ solid concrete ceiling and 15″ walls with wings,” the listing said. “This is reported to be the most secure home on the market in this country. It is built to withstand a Seismic 12 earthquake, has 3 air filtrations from Switzerland, and 2 escape tunnels, one is approximately 100 yards long.”

Days after Jordan Morgan was killed, while police were still searching for Gilday, a woman claiming to be Gilday’s mother posted a statement to Facebook saying that her son was convinced that nuclear war was coming.

“My son Shannon Gilday, who I love so dearly, has not been of sound mind the last couple of weeks, distraught with the certainty a nuclear war is imminent,” Katie Gilday wrote. “He spoke of building a bunker and the CIA following him. I tried to get him psychiatric help but to no avail. I plead to Shannon to turn himself in so that he can get the help he so desperately needs.”

Gilday also said that she was “greatly saddened” for the Morgan family for the “pain and suffering it is believed” that Shannon caused. She called Jordan’s death “a terrible tragedy.”

Gilday previously held the rank of private in the U.S. Army, WXIX reported. He served from August to 2018 until he was dishonorably discharged in October 2019, the report said.

Gilday has pleaded not guilty to the charges and is currently being held at the Madison County Detention Center. According to court records, Gilday’s next court appearance is scheduled for Wednesday.

Read the arrest warrant below.