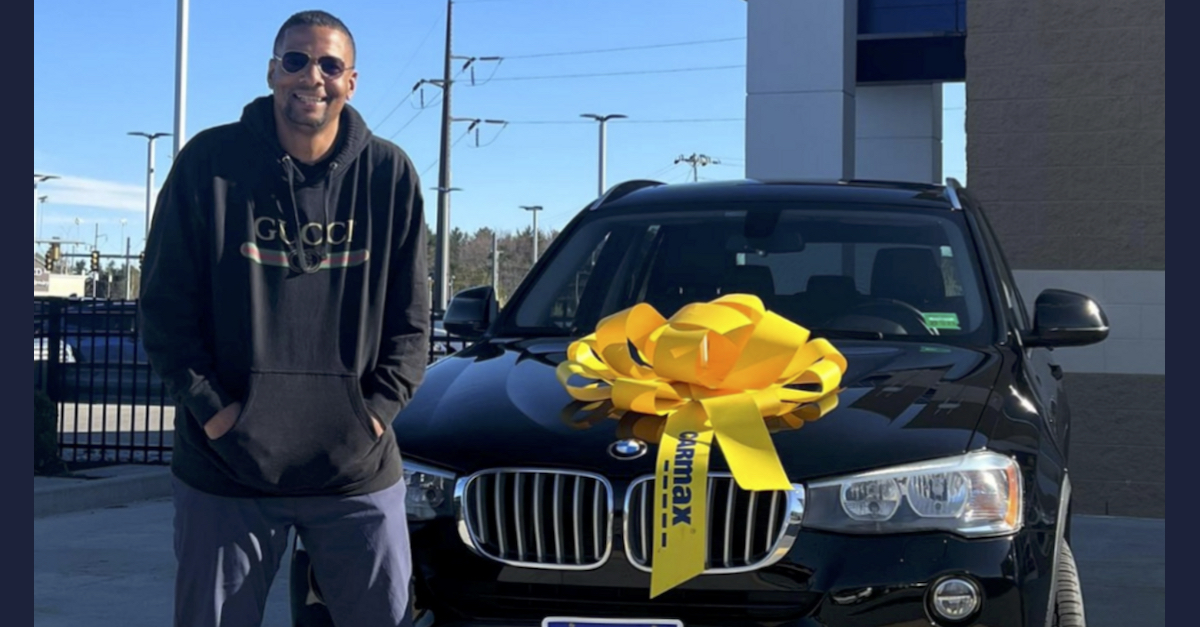 A man from Portland, Maine was arrested in Mexico earlier this week over allegations that he killed his longtime girlfriend during a hit-and-run incident in Acadia National Park earlier this summer.

Raymond Lester, 35, stands accused of murder over the death of 35-year-old Nicole Mokeme, who died over the Juneteenth holiday weekend while attending a getaway for Black youth leaders. That warrant was issued on June 21, 2022 by the Maine State Police. On June 29, 2022, a federal warrant was issued against him on a charge of unlawful flight to avoid prosecution by the U.S. Marshals Service.

According to the Bangor Daily News, Lester was emotionally and physically abusive with two of his previous romantic partners who went on the record. He also reportedly has four prior convictions for domestic violence assault and a fifth conviction for violating a protection from abuse order. The defendant and his alleged victim had been dating for over three years, the Portland Press Herald reported.

Mokeme herself organized the retreat where she died. The event was hosted by the organization Rise and Shine Youth Retreat, which she founded in 2013. The deceased was regarded as a pillar of Portland’s Black community.

A GoFundMe for the victim’s 11-year-old daughter highlights her work over the years:

Rise and Shine for Nicole Chioma Antonette Mokeme and contribute to her 11-year-old daughter. Nicole was the light for so many of us. It is time we shine a light on her activism, and be the light for her legacy, her daughter, and for her daughter’s immediate future.

Nicole Chioma is a cosmic force of electrifying, Universal Love. While on this earth, Nicole Chioma worked passionately with and for Black, Brown, Indigenous, Asian, people of color (BBIAPOC), and organizations on and off Wabanaki Territory. Her mission was People’s Liberation.

According to an affidavit filed in support of the federal complaint, a witness found Mokeme’s dead body “on a walking path in the area of the Schoodic Educational Center in Acadia National Park at approximately 6:20 a.m. on June 19, 2022” and then called 911.

A detective with the Maine State Police subsequently noted that the deceased woman had “obvious trauma visible on her lower back and her leg area” and that she was surrounded by “several” pieces of black plastic. A second MSP detective assigned to write evidentiary reports noted Mokeme had “significant abrasions to the back of her body, her right side, and to her chest near the neck, as well as a broken femur.” That second detective also determined the broken pieces of plastic were “consistent with having come from a vehicle.”

The federal affidavit cites a second witness who told law enforcement they saw Lester driving a black BMW SUV while drinking vodka the night before Mokeme’s body was found; and though they could not presently account for the whereabouts of the man they identified as “Ray,” the witness said he was seen drinking-while-driving at around 10:00 p.m. that night while his girlfriend was last seen “around the firepit” at the retreat between 11:30 p.m and midnight.

A third witness backed up the story about Lester drinking vodka while driving, saying they say “Raymond” imbibing while behind the wheel of “a newer-style black truck” during the early morning hours, the affidavit says. The third witness told law enforcement that Lester told them Mokeme “doesn’t like me anymore” just before he left.

The court document then describes some of the alleged actions of the victim and the suspect before the victim died:

Seven additional witnesses who attended the retreat placed Lester there on the night Mokeme died. Six of those seven witnesses relayed stories of the defendant either drinking to excess or driving at an unsafe rate of speed – or some combination of the two. One witness said Lester was “hammered” on the night in question and “behaved appallingly” at a group dinner. Another witness said he was driving with music blaring while apparently “drunk, with slow, slurred speech.”

The final witness cited in the affidavit told law enforcement about an alleged excuse given by Lester to leave the campgrounds:

Witness 11, who also attended the retreat, advised that Lester had said he had to work delivering items in the Portland area on June 19, 2022. Witness 11 expected Lester to return. Witness 11 also reported having contact with Lester at approximately 8 a.m. on June 19th , informing Lester that the decedent was missing, and asking Lester to call Witness 11. Per Witness 11, Raymond asked what was going on.

State authorities executed a search warrant at Lester’s assigned bunkhouse at the park the day before he was charged with murder. They allegedly found several items of his and Mokeme’s that had been left behind, including court documents, toiletries, and men’s clothing.

“Lester had not taken the personal items—including court documents—with him or returned to the Schoodic Institute to recover those items,” the affidavit says.

The document concludes by alleging that the defendant’s SUV was subsequently spotted by robotic surveillance devices traversing roads and highways in Maine, Massachusetts, Georgia, and a flurry of different towns and cities in Texas, increasingly heading south.

The federal criminal complaint is below.