Maine Man Admits to Killing His Family and Elderly Caretaker with a Baseball Bat, Calls the Murders an ‘Insane Thing’ 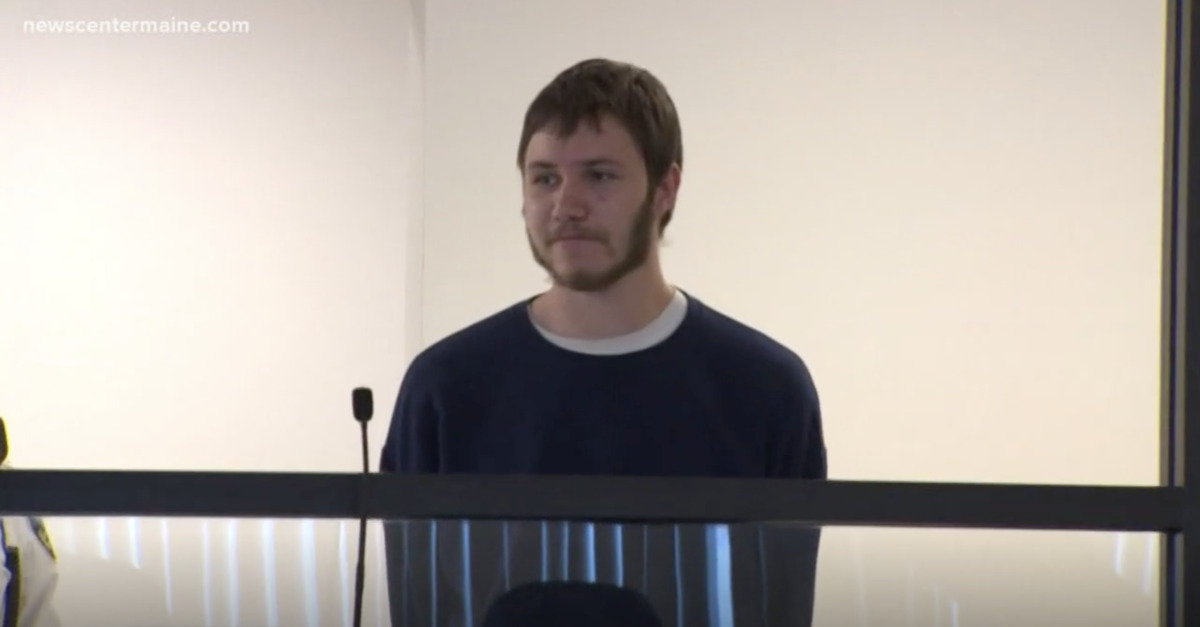 A man from Maine recently pleaded guilty to the 2017 murder of his family and a caretaker with a baseball bat in Massachusetts.

“I killed my family with a baseball bat,” Krause told responding Groton Police Department officers when he was arrested at the age of 22.

The defendant was discovered sitting naked in a patio chair and covered in mud behind a neighbor’s house, police reports noted.

“Orion started to sing quietly,” one of the responding officers wrote in the initial arrest report. “Orion then said, ‘I freed them.’”

In court on Thursday, the convicted murderer was contrite.

“I pray we will be able to process it in the future — hopefully together,” he told the court according to local ABC affiliate WCBV.

Krause also said he was in a “psychotic state” at the time of the brutal slayings and said the incident was an “insane thing.”

Doctors at Bridgewater State Hospital, where he was detained after the murders, diagnosed the defendant with schizophrenia. Krause, however, was determined competent to stand trial.

One victim impact statement during the hearing was much more voluble and appeared to dismiss any sort of human excuse.

“The utter brutality, the human indecency, the cruelty of these acts is beyond comprehension,” a woman who said she was the murderer’s aunt testified, according to The Lowell Sun. “These are acts that with the voracity, the ferocity, the complete cruelty that our loved ones met that day is a darkness that is beyond any theology, or any philosophy and maybe any psychology of understanding.”

Each of the four victims died from blunt force trauma, according to Middlesex Assistant District Attorney Thomas Brant.

On the day of the killings, Krause went to a neighbor’s house and readily admitted to what he had just done.

“He’s a little bit crazy and he keeps saying that he murdered four people,” the neighbor told a 911 dispatcher. “We don’t know who he is. I let him sit in the backyard. He’s just sitting in a chair but he, he needs help.”

Responding officers found Krause’s dead grandparents seated and facing the front window of their house. The defendant’s mother was also seated during her final moments and discovered inside the home as well, near her own parents. Parker, the caretaker, was discovered dead outside of the home.

The Oberlin graduate called a former professor and expressed his desire to murder his family with golf clubs. In response, that professor attempted to call police and the killer’s family. The calls came too late.

Krause was originally charged with murder in the first degree but his plea deal and his lack of a former criminal history resulted in the second-degree murder convictions.

“The resolution of this case today in no way can erase the incalculable loss felt by the family and friends of these victims,” Middlesex District Attorney Marian Ryan said in a statement. “Following the 2017 murder, the entire Groton community mourned the loss of Elizabeth and Frank Lackey, Elizabeth Krause and Bertha Mae Parker. We continue to have them in our thoughts today as this case comes to a close.”