Las Vegas Woman Murdered Her Husband, Then Claimed He Killed Himself: Police 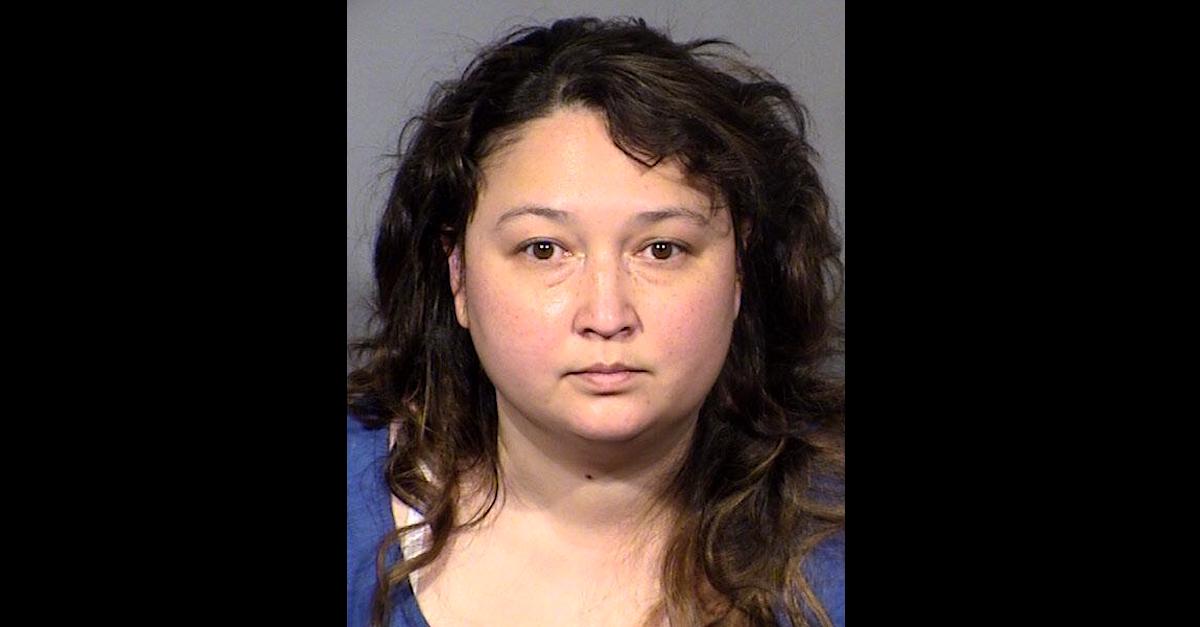 Las Vegas police say a woman who claimed her husband died by suicide actually shot and killed the man by herself.

Officers responded to a report of a shooting in the 9000 block of West Katie Avenue at 11:01 p.m. on March 22. A male had been shot; medical responders pronounced him dead at the scene, according to a press release obtained by Law&Crime.

The question then turned to how it happened.

Emily Aiko Ikuta, 37, the shooting victim’s wife, was there; she said her husband had shot himself.

“Due to the circumstances, the [Las Vegas Metropolitan Police Department] Homicide Section responded,” the press release states. “Through the course of the investigation, detectives ruled out suicide and arrested Ikuta for Open Murder.”

The police noted that the victims identity and cause and manner of death would be released separately by the Clark County Coroner’s Office.

According to online court records, Ikuta is charged with open murder by the use of a deadly weapon or tear gas.  A preliminary hearing is scheduled for April 8.