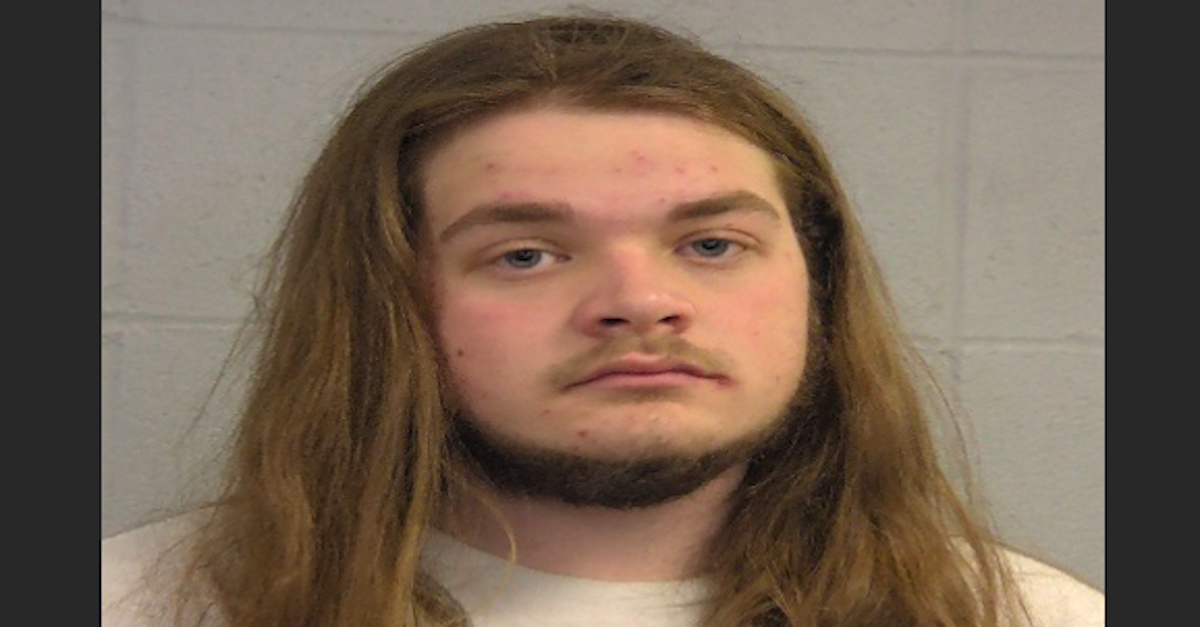 Law enforcement authorities in Kentucky this week arrested the father of an infant boy who died several months ago after suffering a “significant” brain injury. Officers with the Louisville Metro Police Department took Thomas M. Embry, 22, into custody on Wednesday and charged him with killing his 2-month-old son earlier this year, Louisville CBS affiliate WLKY reported.

According to the report, officials at Norton Children’s Hospital on May 14 notified Louisville Metro police after a member of the medical staff reported that someone had brought a severely injured and unresponsive infant into the emergency room. Physicians attempted to resuscitate the baby boy, but he ultimately succumbed to his injuries and was pronounced dead shortly after being admitted.

Court documents obtained by Louisville Fox affiliate WDRB reportedly said that preliminary medical tests on the child indicated that he had sustained a “significant brain hemorrhage.” Investigators said those findings were confirmed by the initial results of an autopsy conducted by the medical examiner’s office on May 15.

Investigators looking into the circumstances of the boy’s death interviewed Embry, a Louisville native, who allegedly admitted that on the day his son suffered the brain injuries he was the only adult to have direct contact with the boy. Police reportedly concluded that Embry’s account of what happened that day seemed to contradict what the evidence collected told investigators about how the child was injured.

“[Embry’s] initial story given to police about how the injury occurred does not match the physical and scientific findings,” a copy of the arrest warrant obtained by WLKY reportedly said.

Despite the evidence available in the immediate aftermath of the child’s death pointing police to Embry, investigators wanted to bolster their case before making an arrest. A spokesperson for the Louisville Metro Police Department reportedly told WLKY that investigators waited until the Jefferson County Coroner’s Office released the final conclusions from the slain child’s autopsy.

Those results, which were released on Monday, reportedly concluded that the infant’s cause of death was an “inflicted closed head injury.” Based on those findings, the child’s manner of death was reportedly changed to a homicide.

Following his arrest in Shepherdsville, Embry was charged with several felonies, including one count each of murder, domestic violence, and first-degree criminal abuse of a child 12 or under, WLKY reported.

Embry is currently being held in the Main Jail of the Louisville Metropolitan Department of Corrections. He is scheduled to make his first appearance before a judge on Dec. 9.