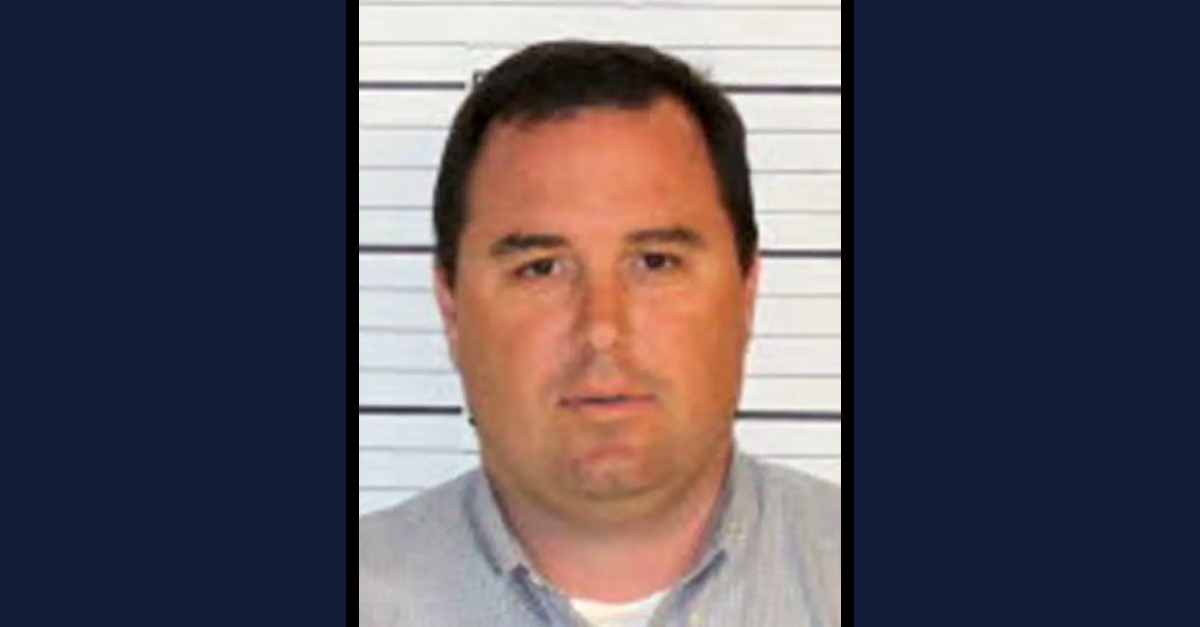 Brian Beck will not serve time after a plea deal in his rape case (mugshot above from 2018 via Germantown Police).

After striking a plea deal with prosecutors, a onetime Tennessee sheriff’s deputy who was accused of repeatedly raping a 14-year-old girl over a period of 20 months will serve no time in prison and does not have to register as a sex offender.

Brian O. Beck, 47, pleaded guilty to a single count of aggravated assault on Monday, according to court records filed in Shelby County Court. That plea was part of a deal between Beck and prosecutors, a member of the Shelby County District Attorney General’s Office confirmed to Law&Crime.

The judge in the case suspended Beck’s nominal four-year prison sentence and said the defendant would instead serve three years probation, a sentencing order provided to Law&Crime by the prosecutor’s office indicates. If Beck fails to live up to the terms of his probation, he could be incarcerated for the aforementioned four-year term, according to the probation order itself and a statement from the prosecutor’s office to a local television station. The order also requires Beck to serve 150 hours of community service, submit to random drug screening, and have no contact with the victim.

The judge’s order, in essence a perfunctory form document with boxes to check and a few blank lines to fill, offers but a glimpse into the reasoning behind the moves.

The document says “the defendant is not likely again to engage in a criminal course of conduct” — at least “to the satisfaction of the Court” — and that “the ends of justice and the welfare of society do not require that the Defendant shall presently suffer the penalty imposed by law by incarceration.”

Judge Lee Coffee signed off on the document.

Beck will also not have to register as a sex offender, according to the order.

The Shelby County Sheriff’s Office relieved Beck of duty without pay in June 2018, according to a press release from the Shelby County DA’s Office at the time. The document further said that Beck, then 43, had been on the sheriff’s force since 2004.

The victim was just 14 when the authorities alleged she was sexually assaulted for the first time, the press release added. The age of consent is 18 in Tennessee.

Beck’s arrest came one day after a grand jury indicted him on two counts of rape by force or coercion and two counts of sexual battery by an authority figure.

Beck would have been facing up to 90 years in prison had he been convicted of the four counts contained in an original grand jury indictment.

Then, there was nothing.

Every hearing and trial date on the public court docket from the day of Beck’s release on bail to the day he entered his guilty plea on Monday was “reset.”

Last June, the victim’s family decided to voice their frustration.

“It’s five years,” said the victim’s father in an interview with Memphis NBC affiliate WMC with reference to the start date of the alleged abuse. “I mean, she needs closure.”

The television station said it agreed not to name the father so as not to identify the victim. But at the time, the family had been waiting approximately three years for a trial since the date the defendant was charged.

“I mean, there are damages, you know, major damages and unhappiness,” said the father of the victim. “She just needs some closure. She just needs to see the movement of the ball, that’s what she needs to see.”

The father’s frustrations hit the airwaves along with complaints from Leslie Ballin, Beck’s attorney, about a backlog of cases due to the novel coronavirus pandemic. The general thesis of the report was that the Sixth Amendment right to a speedy trial was under siege due to the pandemic, but the DA proffered that cases would soon be resuming in the local halls of justice.

The Sixth Amendment right to a speedy trial is held by defendants, not victims, under the plain terms of the U.S. Constitution: “the accused shall enjoy the right to a speedy and public trial” (emphasis added).

Ballin did not respond to a Law&Crime request for comment about the case, and it’s unclear from the available court docket whether the speedy trial concerns referenced in the television story played a role in the trajectory of the Beck case.

Beck will serve no prison time thanks to a plea deal with prosecutors.

The DA’s office did not comment on why prosecutors agreed to a plea deal. A spokesperson would only tell Law&Crime that “the defendant’s guilty plea to a felony will stay on his record (no diversion), he can no longer own a gun or be employed in law enforcement.”

According to a state website, Tennessee law enforcement officers must submit to rigorous criminal background checks.

Prosecutors filed a nolle prosequi, or a decision to drop one of the counts of rape and both counts of sexual battery, according to court records. It appears that prosecutors switched the other rape count to a count of aggravated assault — the latter of which being the count to which the defendant pleaded guilty.

Under the Tennessee Rules of Criminal Procedure, a prosecutor can drop or add charges to a grand jury indictment if a defendant agrees with the decision. The rules say a prosecutor can also amend an indictment without a defendant’s permission (prior to the point at which jeopardy attaches) if “no substantial right of the defendant is prejudiced.” Jeopardy generally attaches when a jury is sworn. Here, no “substantial right” of the defendant would be “prejudiced” because the amendment resulted in a more serious charge being replaced with a significantly lesser charge.

Beck would have been facing up to 90 years in prison had he been convicted of the four counts upon which he was initially indicted by the grand jury.

Read the sentencing document and the original press release below: