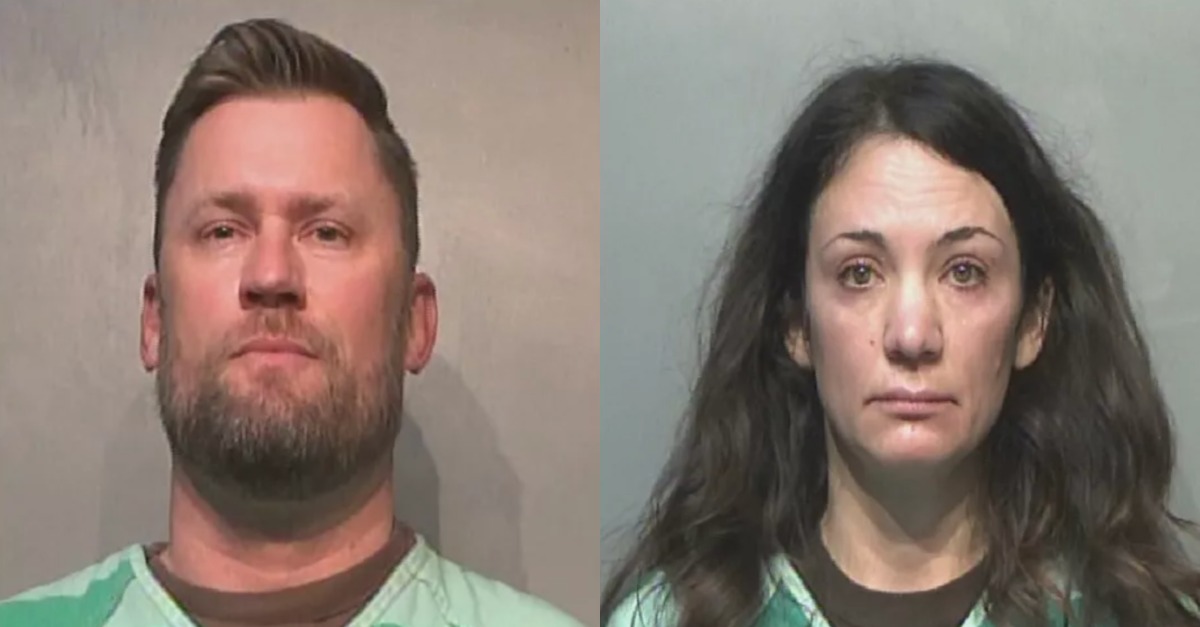 An Iowa couple has been arrested on charges related to the production of films featuring child abuse, authorities say.

Todd Schulz, 43, and Aimee Staudt, 44, stand accused of of one count each of: (1) conspiracy to commit a forcible felony; (2) sexual exploitation of a minor; (3) invasion of privacy; and (4) child endangerment. Schulz was additionally charged with a separate and statutorily different charge of child sexual exploitation.

According to the Ankeny Police Department (APD), the alleged plot was uncovered after receiving an anonymous tip by way of the Iowa Internet Crimes Against Children taskforce and the National Center for Missing and Exploited Children, according to authorities.

Court documents obtained by local ABC affiliate WOI-DT accuse Schulz of engaging in a prohibited sex act with a minor and disseminating an inappropriate picture of a minor.

Both defendants were arrested on Nov. 2, according to the APD.

As of Tuesday evening, no formal court documents had been filed in a case naming Staudt, the outlet reported. Such documents, however, were filed as of Wednesday. Her arrest warrant was issued in early November. Staudt was released from jail mid-morning on Wednesday under the terms of a “Level IV” pretrial release bond, according to an online court docket in Polk County.

According to court and jail records reviewed by Law&Crime, Schulz was released from Polk County Jail on Tuesday after posting a $50,000 cash bond. His arrest warrant was issued in late October. The defendant made his first court appearance on Nov. 1 and pleaded not guilty.

According to local CBS affiliate KCCI, the couple conspired to abuse a child between May and June 2020 and on at least one occasion, the abuse was allegedly filmed and intended to be shared with others.

“Ankeny police arrested Todd Schulz and Aimee Staudt on multiple felony and misdemeanor charges,” the APD said in a press release. “Ankeny detectives determined Schulz and Staudt had been in a relationship, and their victims were known to them. At this point, all victims involved in the investigation have been contacted, and there is no further concern to the public.”

According to local NBC affiliate WHO13, the investigation spanned a year and involved at least two different children. It is presently unclear exactly how the criminal charges relate to the two victims in the case. Each defendant has been issued a “no contact” order.

Both defendants have indicated that they will hire their own defense attorneys. West Des Moines-based attorney Robert G. Rehkemper entered an appearance for Schulz on Nov. 1. No counsel of record have been filed in Staudt’s case as of this writing.

Schulz waived an initial court appearance when he entered his not guilty plea. Additional court proceedings have yet to be scheduled in either case though both Schulz and Staudt have been assigned to District 5C Associate Judge Gregory D. Brandt.

Law&Crime reached out to the Polk County Attorney’s Office for additional details and comment on this story but no response was immediately forthcoming at the time of publication.

If convicted as charged, the defendants face the possibility of decades in state prison.