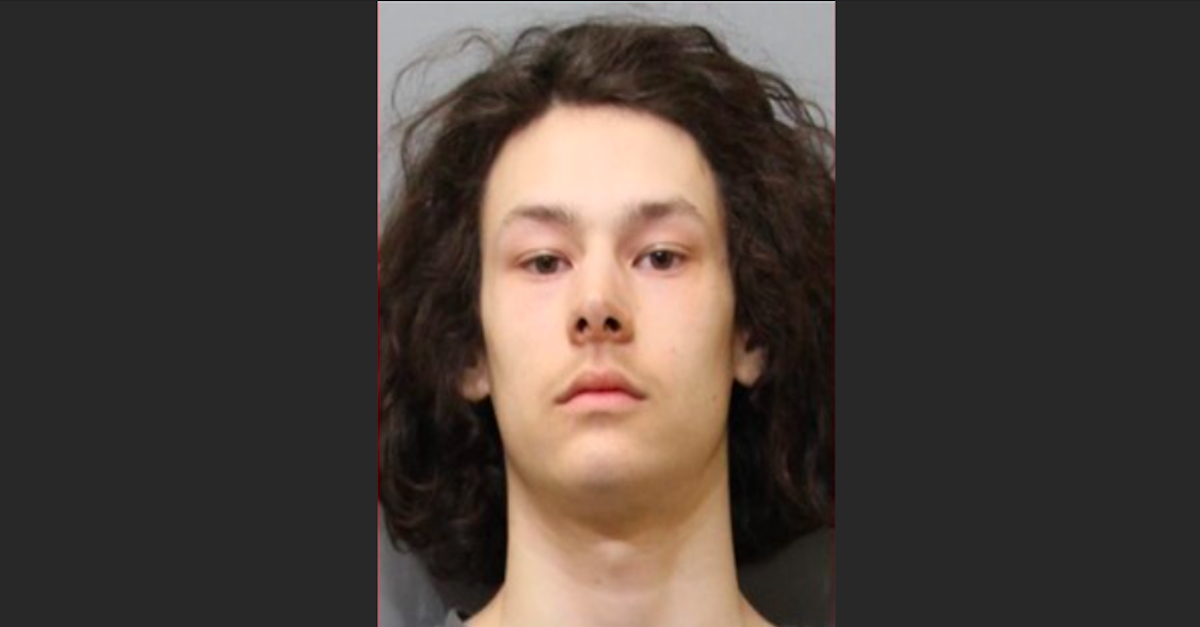 A teen who was already behind bars for allegedly assaulting his girlfriend’s 19-month-old daughter is now facing a murder charge in Washington state after the toddler died from her injuries, the Spokane County Sheriff’s Office (SCSO) announced Wednesday.

According to a news release posted to SCSO’s Facebook page, the child assault charge against 19-year-old Mickey E. Brown Jr. has been amended to a charge of second-degree murder for causing the death of Azaelia Raine RedHorse Jones. The decision to upgrade the charge was made by the sheriff’s office in cooperation with the Spokane County Prosecuting Attorney’s Office.

Emergency medical personnel with the Spokane Valley Fire Department were first called to Brown’s brother’s house, located near 2nd Street and Custer in the Spokane Valley, on the evening of Aug. 4. Brown had allegedly showed up at the residence carrying the toddler, who wasn’t breathing and his brother called 911. Jones had allegedly been in the sole care of Brown while her mother was at work.

Firefighters contacted deputies with the sheriff’s office to report that they were treating a child who was unresponsive and had a dangerously low heart rate. After providing medical treatment at the scene, the toddler was rushed to the Sacred Heart Medical Center with “suspicious injuries that couldn’t be explained.”

In a subsequent interview with authorities, Brown allegedly told Det. Jason Hunt of the Major Crimes Unit, that after Jones awoke from a nap at approximately 5 p.m., he fed and bathed the baby. He allegedly said that as he was finishing the child’s bath, she began having a seizure. Brown then allegedly said that he took the baby in his arms and ran to the home of his brother, who lived nearby.

When asked about the extensive injuries the child had sustained, Brown allegedly said that “he ended up running with the victim to a family member’s home a short distance when he tripped and fell on her” before getting up and continuing to his destination.

Pressed further about Jones’s injuries, Brown allegedly told Det. Hunt that the only other possible cause he could recall was that one of his dogs had knocked the toddler over when they were playing in the yard.

Jones’s mother, whose name was not reported and who is not facing any charges, told investigators that she was at work when she was told that her daughter had suffered a seizure and was not breathing and had no pulse. She rushed to the hospital where she allegedly told investigators that she is “very cautious” about who is around her daughter, and confirmed that she left the child in Brown’s care before going to work.

“On August 6, 2021, Det. Hunt was advised by a doctor specializing in pediatric critical care that the victim suffered from severe life-threatening injuries, which could not be reasonably explained,” the press release stated. “He said he classified the injuries as non-accidental, inflicted trauma indicative of child abuse, and will ‘most likely’ result in death.”

The doctor added that the toddler’s injuries were “highly specific” for “abusive head trauma.”

According to a report from local CBS-affiliated news station KREM-TV, a doctor at Sacred Heart said the child’s head scans showed “bleeding on the surface of her brain,” as well as bruising inside of both of her ears, forehead, and cheek. She was also bleeding from both of her eyes.

Brown was arrested on suspicion of child abuse shortly after Jones was admitted to the hospital.

Brown is currently being held in the Spokane County Jail on a $1,000,250 bond. His first court appearance on the second-degree murder charge is scheduled for Sept. 14.