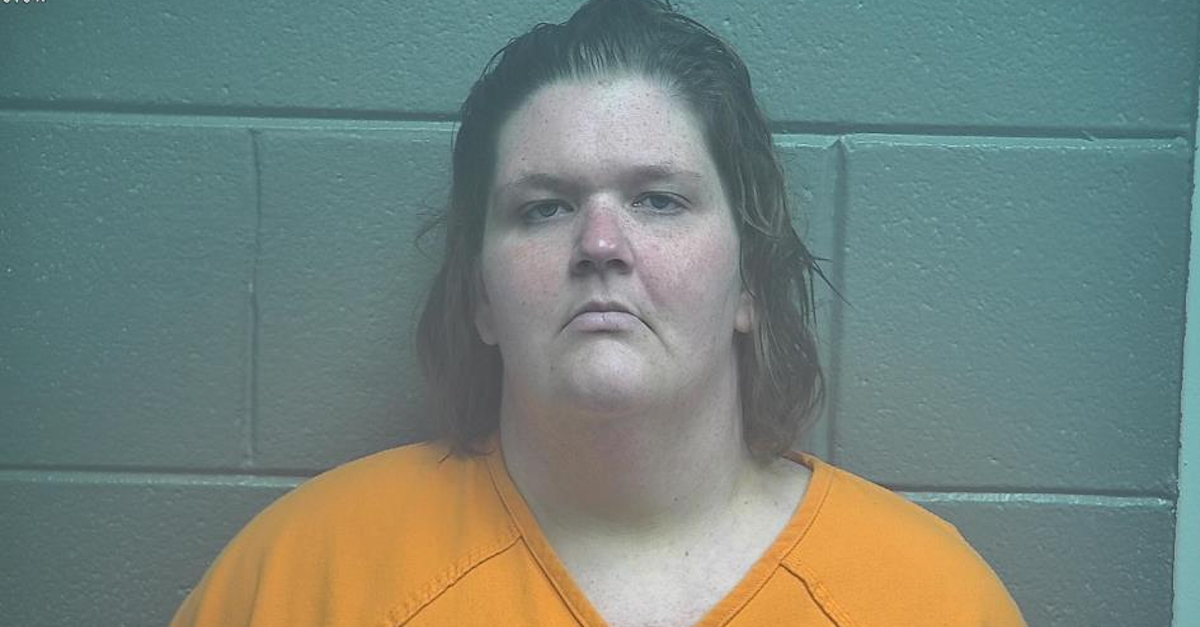 An Indiana woman was arrested this weekend after she allegedly abandoned her 6-year-old son, who is non-verbal with autism, on the side of a road with no sidewalk in Ohio. Heather Nicole Adkins, 32, on Saturday was taken into custody on separate charges in Kentucky as authorities work to have her returned to Ohio to face a charge of misdemeanor child endangerment, police say.

According to a press release from the Colerain Police, Adkins on Thursday evening allegedly drove her son approximately 75 miles from their home in Shelbyville, Indiana to the Colerain Township in Ohio “where he was abandoned in the area of Sheed Road and Gaines Road.” The boy’s grandmother reportedly told Dayton CBS affiliate WHIO-TV that his name is Thomas. He just turned 6 years old.

Police said Thomas was left wandering around the road alone for approximately one hour before a motorist stopped at approximately 9 p.m. and let Thomas wait in his car until the police arrived. Per WHIO, it was raining and Thomas did not have a jacket.

Ronald Reese, the man who picked up Thomas, provided more details to Lexington CBS affiliate WKYT-TV. Reese, who is himself a parent, reportedly said he was on his way to pick up food for dinner when he came across Thomas. He reportedly described the little boy as looking like he was “in a daze as he walked along a road with no sidewalks.”

”I immediately stopped and was like ‘Wait a minute, this isn’t normal,’” Reese reportedly told the station.

After being picked up by officers, Thomas reportedly remained at the station for several hours as police assumed a parent would eventually call looking for their child. Thomas was eventually placed in the custody of Hamilton County Jobs and Family Services before being taken in by Adkins’ best friend Crystalyn Davis.

Georgetown Police Assistant Chief Darin Allgood reportedly told Cincinnati radio station WKRC that officers on Saturday responded to a 911 call concerning a disturbance at a local gas station. A woman, later identified as Adkins, was reportedly “acting irrationally.” She was taken into custody and held after authorities reportedly learned that she had an unpaid fine from 2011.

Adkins sat down for a jailhouse interview with WKYT where she provided conflicting answers about her conduct, but ultimately admitted to leaving Thomas alone on the side of the road.

“I meant to leave him there with Patty,” she reportedly said when questioned about whether she left her son alone.

When asked the same question a short while later, she reportedly gave a different answer.

“No, I left him there with Brad, didn’t I,” she reportedly said.

“You’ve given me contradictory answers to the names of people you left him with in Colerain,” journalist Jeremy Tombs reportedly said. “So did you leave him with someone or did you not?”

“No, I didn’t leave him with anyone,” Adkins responded.

“I’m just trying to understand why you ultimately chose to do that,” Tombs said.

“To save him from me,” Adkins reportedly replied.

Adkins was scheduled to appear before a judge in Kentucky on Tuesday for an extradition hearing. Per WKRC, prosecutors are currently looking into upgrading the charges against Adkins to felony child endangerment with a maximum penalty of 8 years in prison.

A GoFundMe was set up to help Davis pay with child care expenses. She is also looking after Adkins’ other two children.

Thomas’ father, Kevin James Adkins, was also arrested earlier this month on charges of possession of meth and driving with a suspended license, online records show. He is currently in jail in Shelbyville.