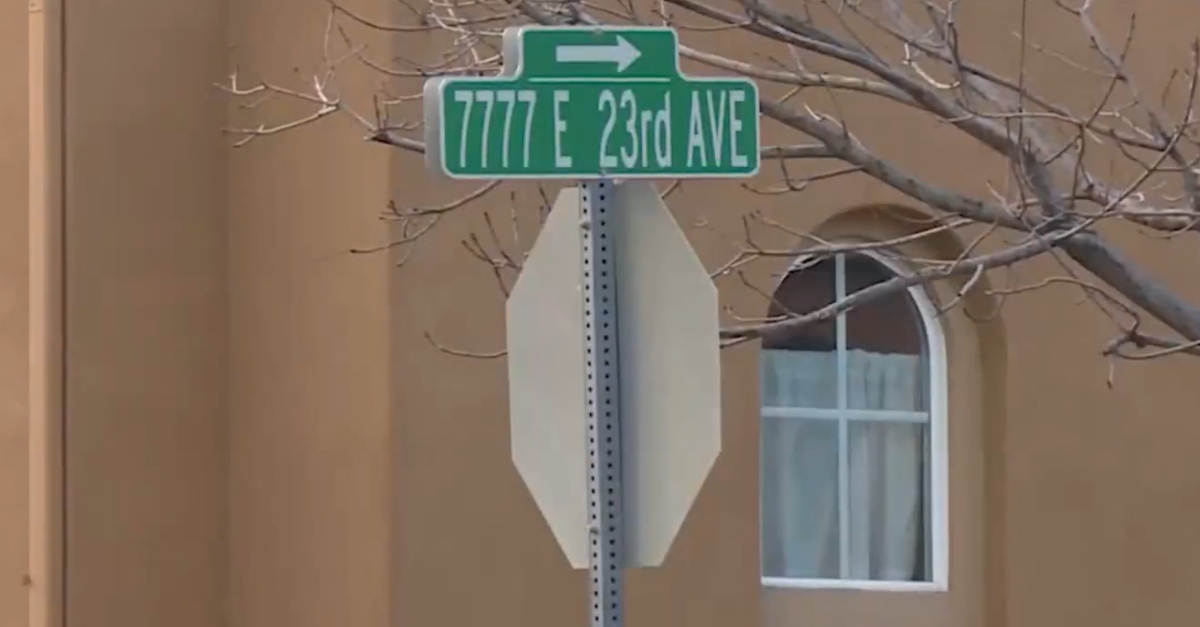 Near where human heads were stolen from truck .

Cops are investigating a grisly theft in Denver, Colorado. Someone allegedly stole a box containing human heads from a truck in the Central Park neighborhood.

According to police, they got a report Thursday about a theft from a freight company’s truck. They said it reportedly happened sometime between Wednesday at about 2:30 p.m. and 9:30 a.m. on Thursday.

“The truck was parked in the 7700 Block of E. 23rd Ave. when unknown suspect(s) broke into the truck and stole a dolly and box,” police said in a statement to Law&Crime.

That box contained human heads for medical research purposes, officers said. They described it as blue and white. It featured a label stating, “Exempt Human Specimen,” they said.

The investigation is ongoing. Cops did not release any information on who might have done this.

“At this point, no arrests have been made and investigators are working to gather more information to identify the suspect(s) and recover the stolen items,” police said.

Cops asked that anyone who finds the box of human heads to call the Denver Police Department at (720) 913-2000. You can also contact Metro Denver Crime Stoppers at (720) 913-STOP (7867) with information on the incident or the suspects.

A local man described the incident as apparently out of character for the neighborhood.

“Pretty shocking,” Isaac Fields told KDVR. “I guess I don’t see too many strange things happening around here usually, but you know you never know. Wow! I would have been so terrified.”

The cardboard board in question was about 20 x 15 x 18 inches with “Science Care” written on the sides, sources told the outlet. The Science Care program is reportedly for donating bodies for scientific research. Incidentally, Fields said he knew about a little about this sort of thing.

“Well, my wife actually does Ph.D. research at the University of Colorado Anschutz,” he said. “So cadavers are definitely utilized in certain situations. And I’m assuming that was probably the case.”