Gambler Left Puppy in Vehicle Amid Intense Las Vegas Heat While He Went to Casino: Police 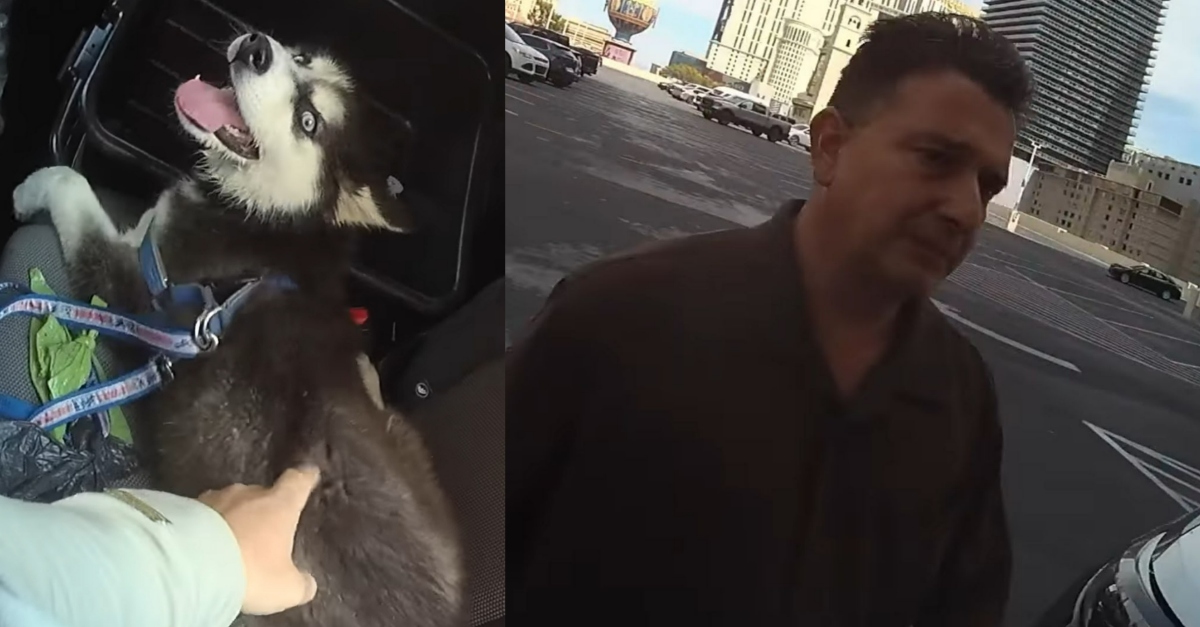 A man left his husky locked in his vehicle while he went gambling in Las Vegas, Nevada, say local police. The temperature that day July 20 hit a high of 113 degrees Fahrenheit with a low of 92, according to Accuweather.

As seen on body cam footage, the arresting officer laid out the allegation in curt fashion during the arrest.

“You realize how hot it is outside?” he said before shutting his cruiser door on the man, identified as defendant Raul Carbajal, 50. “You had the vehicle off, windows up, and you had tape around your dog’s mouth.”

Officers described the husky as just a puppy at three months old.

WHAT NOT TO DO IN VEGAS:
On July 20, we got a call from security from a hotel & casino at 3600 S. Las Vegas Blvd. (The high temperature that day was 113)
Security spotted a puppy inside a locked vehicle on the top floor of the parking garage with its mouth taped shut around 3 pm pic.twitter.com/kmZJ9CcQyU

Police said they got a call from security at a hotel and casino at 3600 S. Las Vegas Blvd. According to cops, security saw the pup locked inside a vehicle on the top floor of the parking garage. The canine’s mouth was taped shut, officers said. It was 3 p.m.

“Security got the dog out of the car through the vehicle’s sunroof,” officers said. “Through our investigation, we discovered the dog had been in the car for nearly 2 hours without air conditioning, food, or water while the vehicle’s owner went inside to gamble.”

As seen in body came footage, a woman at the scene said the husky had displayed a lot of saliva and ventilated like he was not able to breathe.

It was then that a man, identified by police as Carbajal, arrived.

“You the owner of this vehicle?” said an officer. “The Mercedes?”

“Turn around. Turn around,” said the officer, starting the arrest. “Put your hands behind your back.”

Carbajal was arrested for willful, malicious torture of an animal, cops said.

“We just got an update and the 3-month-old Husky puppy is still with animal control and receiving medical treatment for this July 20 incident,” cops said in an update.