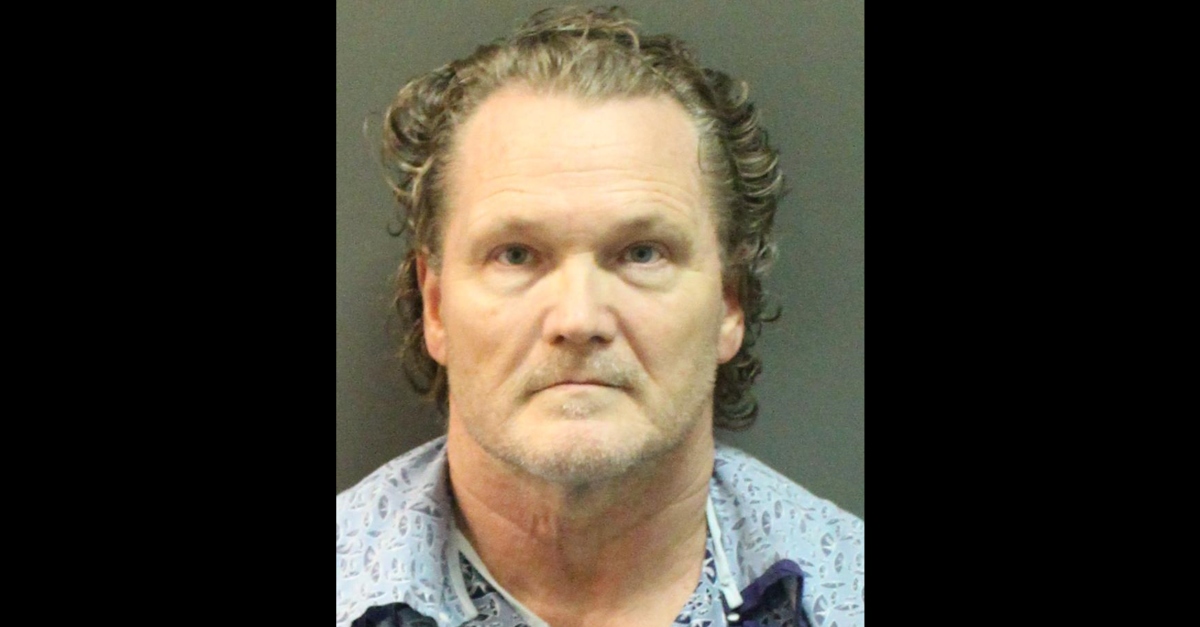 A former sheriff’s deputy with a checkered past was sentenced on Friday for stabbing his wife’s divorce lawyer.

Gordon James King, 61, must spend 12 years in prison for the attack, according to WKMG. He reportedly had left the Orange County Sheriff’s Office in 2017 while under a professional investigation for allegedly shoving a motorcyclist unprovoked, and he previously spent more than 100 days in jail after a friend (who later recanted) claimed that King killed the friend’s wife.

King committed the stabbing May 1, 2019, when his wife’s attorney canceled a deposition because there was a no contact order against King. According to the affidavit, he pushed one of his own lawyers out of the way and got in the face of his wife’s attorney.

“What are you going to do now, you fat little bitch?!” he said in a confrontation allegedly captured on audio.

King punched the man in the head and chest.

“What are you going to do now?!” he said in the affidavit. The attorney said he was going to call 911, but King grabbed the phone and threw it.

“Well, fuck it then,” King said, then grabbed the man and tried to slam his head to the conference table three times.

The attorney pulled out a knife for self-defense but King grabbed him and continued to threaten to kill him.

King took the knife and began to slash at him. The attorney blocked a cut to his throat, instead sustaining a cut to his hand. But the former deputy managed to stab him twice in the left side.

A jury ultimately found King guilty in June of aggravated battery causing great bodily harm, though they acquitted him of false imprisonment and tampering with a witness to hinder communication to a law enforcement officer, records show.

King’s defense at sentencing attributed his behavior to living with post-traumatic stress disorder, according to WKMG.

“He never hesitated to put his life on the line to save others or to back up his fellow deputies when he needed help,” girlfriend Cindy Clark reportedly said of King’s prior service with the sheriff’s office. “Gordon is a good man that believes in family, friends and God.”

King pleaded guilty no contest to a battery charge in December 2017. He faced the criminal case after a motorcyclist stopped next to him on State Road 414, and King, who was off duty, stepped out of his SUV, yelled at the motorcyclist and shoved him, according to The Orlando Sentinel. The sheriff’s office started a professional standards investigation and he quit.

King also allegedly broke into his wife’s car in May 2020 but charges were reportedly dropped.

King once spent 116 days in jail when friend Paul Sloan blamed him for murdering his wife in 1988. But Sloan changed his story, claiming that he and King killed Beverly Sloan together so they could start a business with the insurance money. He changed his story again, saying King had nothing to do with the murder. Sloan was found guilty of second-degree murder and also pleaded guilty to perjury.

“Praise the Lord,” King reportedly said after he was cleared. “I just want to go home.”