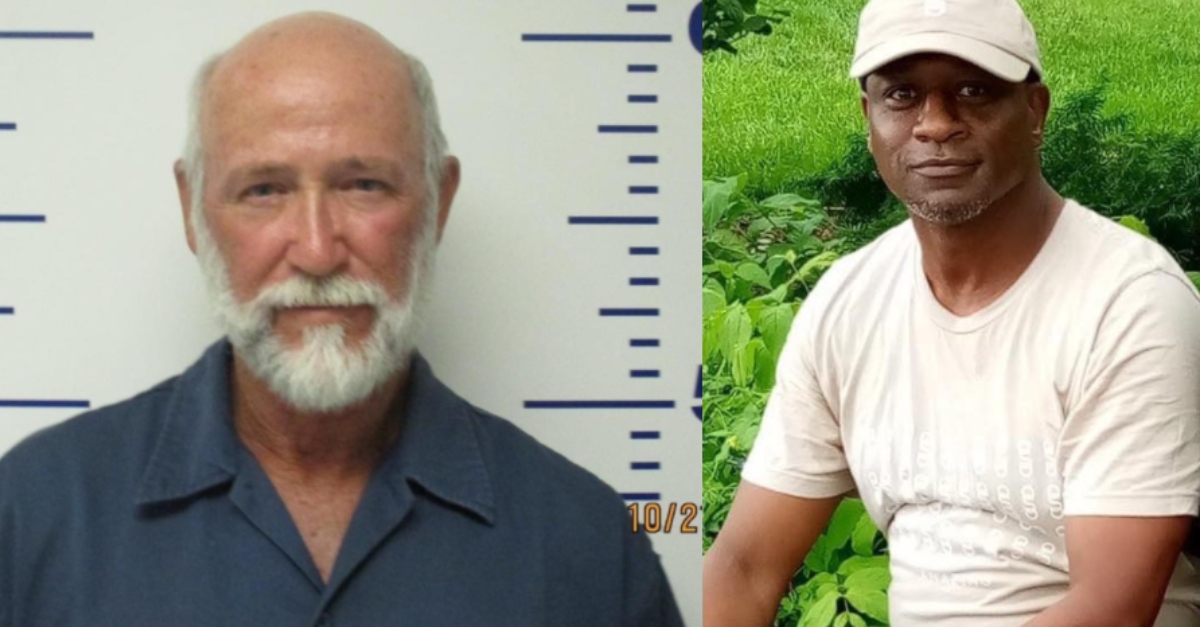 A former city councilman will go to trial for allegedly murdering his employee. Daniel Joseph Triplett, 67, killed Brent Mack, 50, after they arrived at a job site, and he buried the body under a septic tank, Oklahoma authorities have said.

A judge determined during a preliminary hearing on Friday that there is probable cause to show that the crime occurred and that the defendant committed it, according to online records. An arraignment is set for this upcoming Friday, records out of Logan County also indicate:

Triplett is charged with murder in the first degree, and desecration of a human corpse.

Mack’s daughter Raychelle Wilson reported her father missing on Sept. 28, authorities have said. She said she reached out to Triplett via Facebook, asking for the man’s whereabouts. Triplett allegedly claimed he fired Mack on Sept. 20, dropped him off in front of a laundromat, and gave him $1,000 as severance.

Triplett allegedly told authorities he “cut ties with Brent because of his violent demeanor.” He allegedly claimed Mack voiced plans to get married in Texas and was not upset about being fired.

“He worked with Dan for roughly about three years and they had kind of a love-hate situation I would say,” Wilson told KFOR about her father in an October 2021 report.

Investigators determined the missing man last communicated on the phone with his Texas-based girlfriend. She told authorities that she last spoke to Mack on Sept. 20, but told her he had bad service and was at a job site.

Authorities alleged there was inconsistences and holes in Triplett’s story. For example, he allegedly told investigators he worked on a certain property on Sept 20., but the property owner in question told authorities he got a text from Triplett on Sept. 10, stating the job was finished on Sept. 8. Furthermore, surveillance footage showed Triplett driving by the laundromat in question but never stopping.

“When confronted with the inconsistencies in the story Dan became very red faced and appeared to be angry,” officials wrote.

Investigators said they executed a search warrant at Triplett’s home on Oct. 14, finding evidence of a job at another address on Sept. 20. From there, authorities said they got surveillance footage showing both Mack and Triplett arriving at the location in Triplett’s vehicle. Footage showed Mack entering the septic tank hole and also taking a lunch break in the truck, though this did not show either man fighting each other, authorities said.

The job was for a septic tank installation. Investigators said they dug it up and discovered Mack’s dead body under the tank.

Triplett acquaintance Raymond Dorwart called the allegation “so out of character.”

“I’m very grateful for the time that I did get with my dad and that he did get to spend with my kids, and I miss him and I love him,” she said.

“It hit me like a ton of bricks,” Mack’s brother Troy Franklin-Smith told the outlet. “You [Triplett] took my brother. You took their dad. You took an uncle. But I’ll tell you, you didn’t get away with it. So you will pay the ultimate price.”

Triplett, who reportedly served in the Guthrie city council in the 1980s and 1990s, initially posted a $500,000 bond. He had to remain under house arrest with electronic monitoring, restricted to only leaving to visit his attorney, go to doctor appointments, and head to court. Prosecutors managed to get bond revoked in January after saying Triplett went to a Waffle House in Oklahoma City on Dec. 15, and to a convenience store and bank in Guthrie on Jan. 4.

The defense requested that the judge deny the state’s motion to revoke bond.

“Defendant’s alleged violations may be addressed by means other than revocation of his bond,” the defense said, then writing: “The Court may ascertain the Defendant understands the parameters of his electronic monitoring and admonish him accordingly or impose sanctions for alleged violations.”