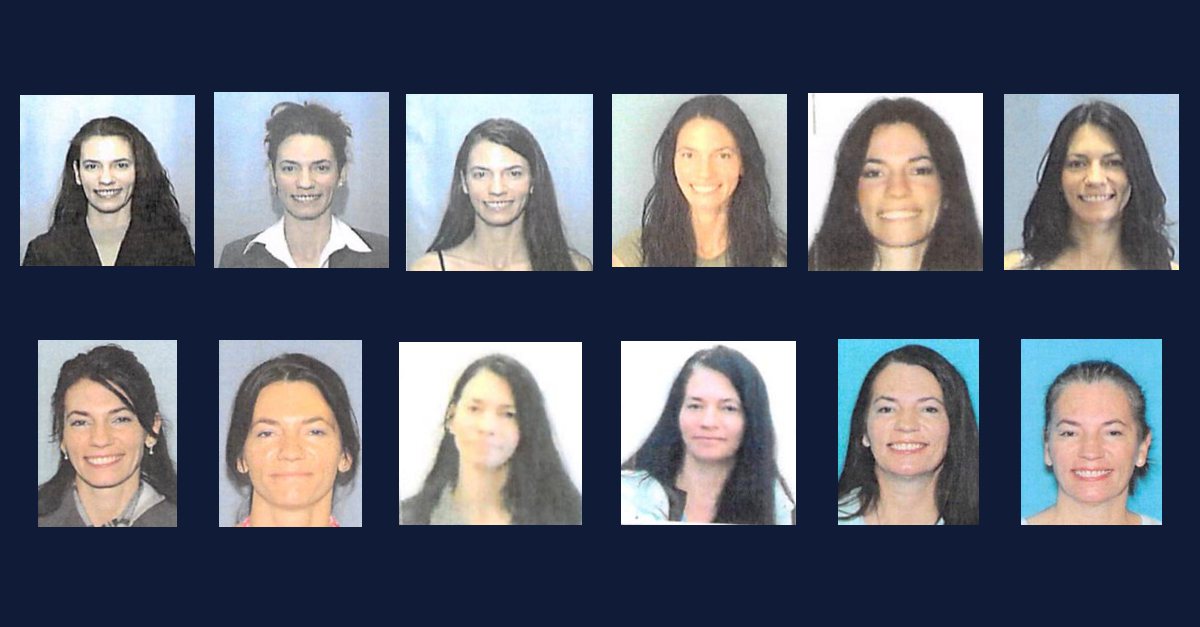 An Ohio woman was arrested in Utah for allegedly stealing a dead infant’s identity and using it for nearly 20 years.

Ava Misseldine, 49, stands accused of passport fraud, Social Security number fraud, aggravated identity theft, and fraud in connection with an emergency, according to a federal criminal complaint obtained by Law&Crime.

The defendant allegedly used the stolen identity in order to obtain several driver’s licenses, a U.S. passport, a student pilot certificate from the Federal Aviation Administration, a job as a flight attendant, admission into The Ohio State University, and pandemic relief loans.

In December 1997, Misseldine was sentenced to prison for theft, forgery, and escape in Ohio. She was released during the summer of 2000. By 2003, she allegedly began calling herself Brie Bourgeois and obtained a state ID card under that name. That same month, she allegedly applied for a Social Security card under the new name.

“She provided a certain birth date in 1979 and provided the name of Bourgeois’s parents,” the complaint alleges. “This was a fraud; the real Brie Bourgeois (with the same date of birth and parents) died as an infant in 1979 and is buried in Columbus.”

As an added bonus, the fake identity took seven years off her age.

Over the course of nearly two decades, Misseldine allegedly went back and forth using her real name and assumed name on various official documents, the complaint alleges. She allegedly obtained two Ohio driver’s licenses, one with each name, three years apart.

In 2007, the defendant allegedly applied for and obtained a replacement driver’s license, the student pilot license, and a U.S. passport using the new identity. On her passport application, she allegedly said she planned on traveling to Dubai and provided a document from JetSelect listing her employment as a flight attendant which attested that she needed the passport to travel “throughout Europe and the Middle East.” In the end, however, she never used the passport to travel internationally, the complaint says.

And it was ultimately that unused passport that led to the defendant’s recent charges. According to the U.S. Attorney’s Office for the Southern District of Ohio, an investigation was launched in 2021 after she applied to have the passport replaced.

Before that, Misseldine – using both names – allegedly applied for and obtained 16 different COVID-19 pandemic-related business relief loans under the Paycheck Protection Program. The complaint alleges that the defendant used a combination of real, defunct, and entirely fake businesses to obtain loans totaling in excess of $1.5 million.

“Her loan applications list her businesses as various bakeries and catering companies, including her former bakeries Sugar Inc. Cupcakes & Tea Salon in Dublin and Koko Tea Salon & Bakery in New Albany and at Easton,” federal authorities allege in a press release. “She submitted forged documents to support her loan applications. Misseldine used the pandemic relief loan money to purchase a home for $647,500 adjacent to Zion National Park in Utah and a home for $327,500 in Michigan.”

She faces between two and 30 years in prison.