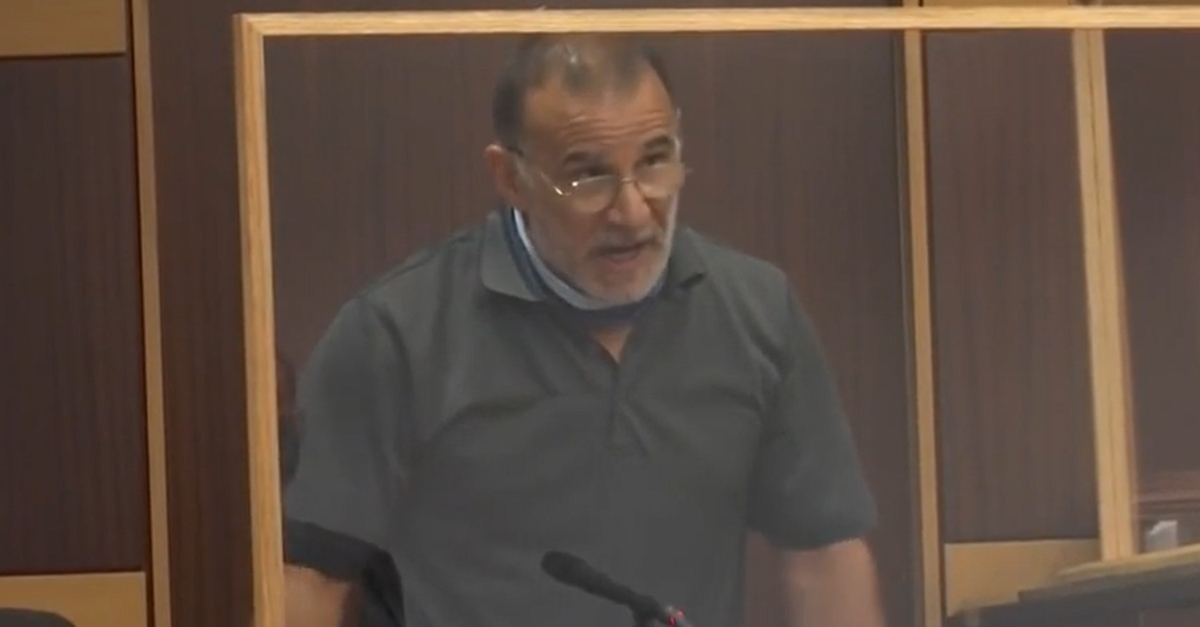 A fired sheriff’s deputy did not dispute that he killed his adult son, even if he stopped short of admitting he is guilty as charged. Sergio Perez, 60, entered a no contest plea for manslaughter in fatally choking his 33-year-old Ramon Perez. After his no-admission plea, the elder Perez received four years in prison and two years on probation, news outlets reported.

Some members of the family suggested that the earthly punishment for Sergio Perez was light.

Father and son fought at the home of Ramon’s grandmother Nila Perez in August 2019. Defendant Perez argued self-defense under Florida’ “stand your ground” law. In the 911 call, the grandmother described Ramon as agitated and said that he was saying he was going to kill his father, according to the TV station. She says that she was able to find help at a neighbor home, although she injured her hip during the altercation.

Despite Ramon’s alleged behavior, however, prosecutors said Sergio went too far by pressing down on his son’s neck for so long. He reportedly used a law enforcement tactic that is supposed to temporarily knock someone out for arrest. The defense argued that Ramon was a heavy drinker who had 25 guns in his room and repeatedly threatened his father.

Sergio Perez testified at the self-defense hearing, asserting his son was good at playing possum. But the prosecution cited his law enforcement experience against him, arguing that he should have known if a person was unresponsive.

The prosecution also said the crime scene failed to match the defense version of events. They described the area as being in perfect condition. No one pushed around the furniture, and Ramon Perez still had his flip-flips on, they said.

“His father would like to paint a picture that he was lazy and would drink all the time, but he helped everyone,” Ramon’s mother said, according to WINK. She voiced anguish at losing her son.

“My heart splits in two,” she said. “One side filled with memories, the other side died with you.”