Father, Stepmother Accused of Locking 9-Year-Old Boy in Closet Before Murdering Him 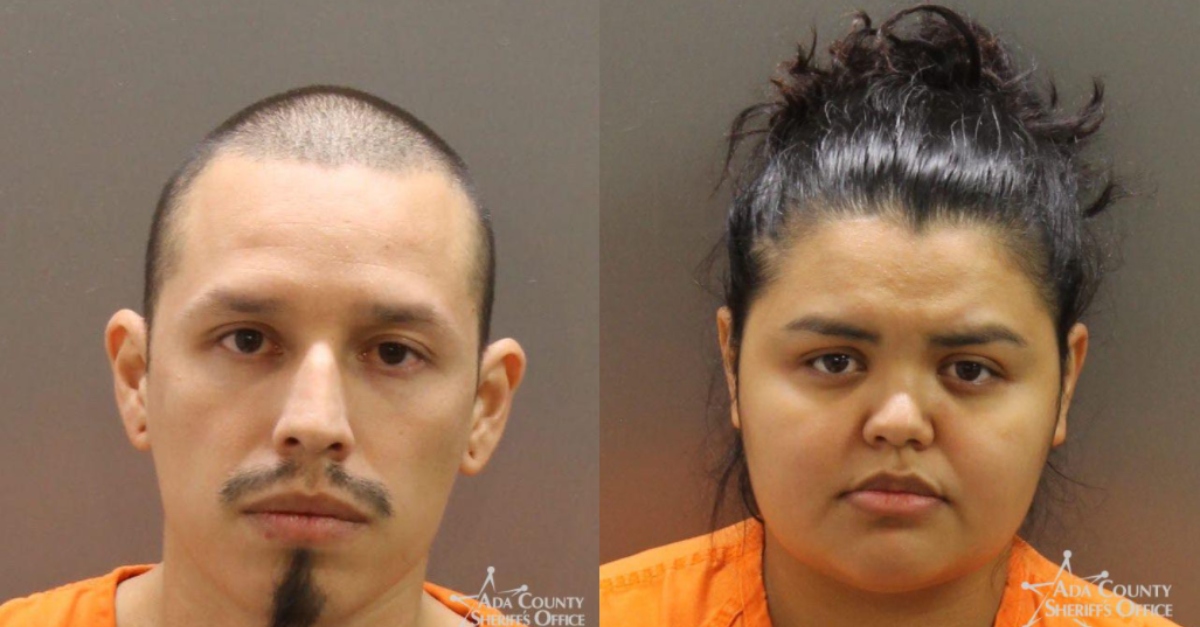 A 9-year-old Idaho boy allegedly murdered by his father and stepmother spent his last night alive locked up in a closet, a detective testified during a probable cause hearing Wednesday.

“Did he spend his last night alive in the closet?” prosecutor John Dinger asked the detective.

“He did,” said Meridian Police Detective Joseph Miller, according to KTVB.

Initially, the stepmother Monique Desiree Osuna was prosecuted as the actual killer. Erik Emmanuel Osuna, the father, allegedly did nothing as his co-defendant essentially tortured young Emrik Osuna. The 9-year-old’s dad was charged with murder later on.

Authorities say Monique committed the alleged acts as some kind of perverse system of discipline. The other three children were spared abuse.

“She said she thought it would teach him a lesson,” Miller said. “She said she was harder on him. She said she lashed out at him, hitting him with a pan and making him exercise while she worked, and that he only took a break when she took a break.”

Monique Osuna allegedly confessed to forcing Emrik to do pushups, jumping jacks, and inchworm exercises. In this account, she pushed him harder if he got tired. She allegedly began withholding food five days before the boy’s death. Emrik weighed 44 pounds when he died.

She beat him with items including a belt, leash, and a frying pan, authorities have alleged. She kicked him in the crotch, and forced him to sleep in a hall closet without access to bedding or even makeshift options like jackets. Chairs were put against the door to prevent Emrik from escaping. Osuna allegedly asserted she made the boy sleep locked up because he threatened other kids and rummaged through the refrigerator at night.

Emrik died September 1, 2020. No one called 911 when he initially became unresponsive. Friend Hannah Berry testified that Monique texted her at 5:00 p.m., saying that something was wrong with the 9-year-old. Berry, who also testified that Monique previously rejected a doctor’s findings that Emrik was actually “a fine kid,” said she arrived at the family’s apartment at 8:30 p.m. She found the child covered in blankets and motionless.

Berry suggested the couple should put Pedialyte in the boy’s mouth using a syringe. They did. She then recommended they could wake him up by standing him up. They did, but Emrik took a final breath and died.

“It was a deep breath, and then it was just silent,” she said.

Erik Osuna is accused of having Berry remove apartment nanny cams and place them into her car during the speaker-phone call for help. During cross-examination, the father’s attorney, Edwina Elcox, asked why audio recordings did not pick up the alleged statement and why Berry agreed to do it. Berry said she had thought the bundle of camera equipment was marijuana or drug paraphernalia. She said Osuna was not loud.