Father Beat 8-Week-Old Son to Death, Left Victim with Fractured Skull and Other Injuries That ‘Would Shock Most People’: Police 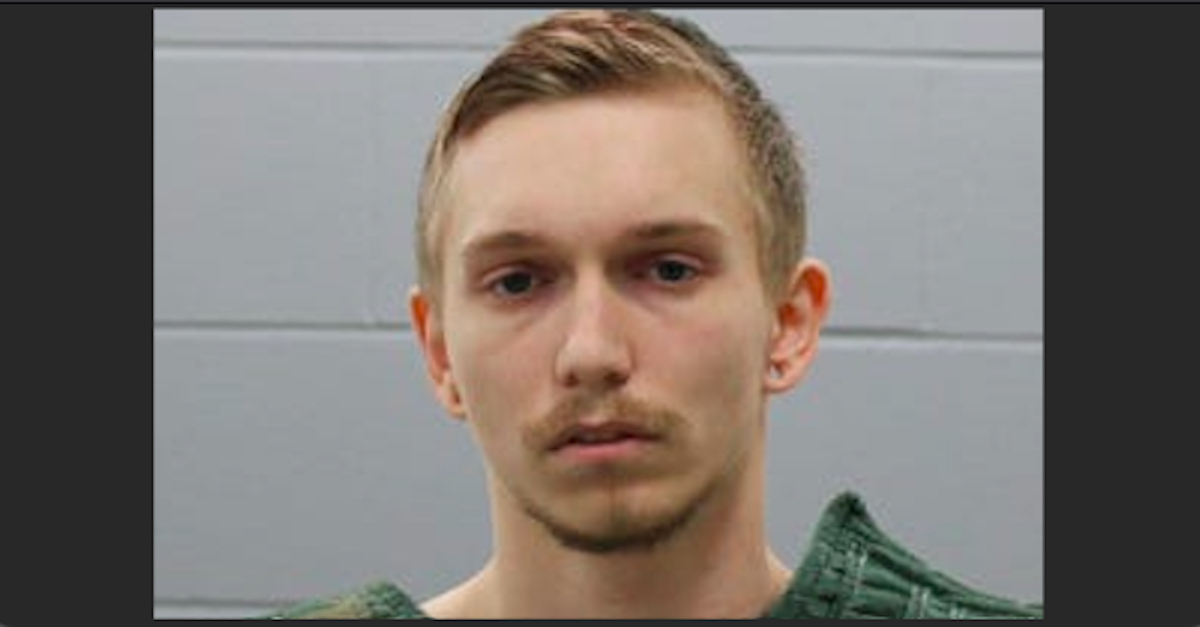 A South Dakota father was arrested and accused of brutally killing his newborn baby. Police say the victim sustained “very extensive injuries that would shock most people,” the Argus Leader reported.

Dylan Castimore, 22, was formally charged on Tuesday with second-degree murder and first-degree manslaughter in the death of his 8-week-old son Daxton Castimore.

According to a press release from the Sioux Falls Police Department, Dylan called 911 at approximately 11:46 a.m. on Saturday and told a dispatcher that his infant son was unconscious and not breathing. Emergency personnel were dispatched to Dylan’s residence located in the 3400 block of North 4th Avenue. Upon arriving on the scene, first-responders found the child unresponsive and rushed him to a nearby hospital where he was pronounced dead shortly after arriving.

Police said there was “evidence that Daxton may have been assaulted, noting that Dylan was the “only person in the apartment with Daxton before emergency personnel were called.” Dylan and the child’s mother, whose name has not been reported, share legal custody of the infant.

The Minnehaha County coroner determined that the infant’s death was a homicide resulting from a skull fracture and lacerated liver sustained during a violent assault, the Argus Leader reported. The coroner also reportedly said that the child suffered numerous other injuries, including multiple fractured ribs, a black eye, and extensive bruising on his head and body.

“The injuries were very extensive and would shock most people,” Sioux Falls Police Lt. Terrance Matia said during a Tuesday afternoon press conference. “Thankfully, this is something you don’t see every day but it shocks a lot of people. There’s a lot of people that put the best work that we could to speak for Daxton today, and that’s how we got to this point.”

According to court documents obtained by the Argus Leader, Dylan told detectives that he was feeding the infant with a bottle when “blood came out of a nostril” and” Daxton “stopped breathing.”

The Associated Press reported that the footage also contained audio that sounded like “a baby crying followed by the sound of slapping or hitting.”

Investigators obtained a search warrant for Dylan’s apartment and reportedly found blood smears in the bathroom, bedroom, and on the floor.

Matia said officers took Castimore into custody at a relative’s home at approximately 11 a.m. on Tuesday in northeast Sioux Falls. The suspect is currently being held in the Minnehaha County Jail on a cash bond of $1 million.

The day before his arrest, Dylan reportedly posted a tribute to his son on Facebook.

“Your daddy will never ever forget the times we had I will never forget your dimples and your ocean blue eyes and how u always cried when you wanted me or mommy to hold u daddy loves you,” he reportedly wrote.

A GoFundMe page for Daxton’s funeral expenses was set up by the family.