A Woman ‘Talked into Going to Cancun Instead of Coming Home for Thanksgiving’ Has Been Found Dead. Now, Her Boyfriend Is in Custody in Mexico. 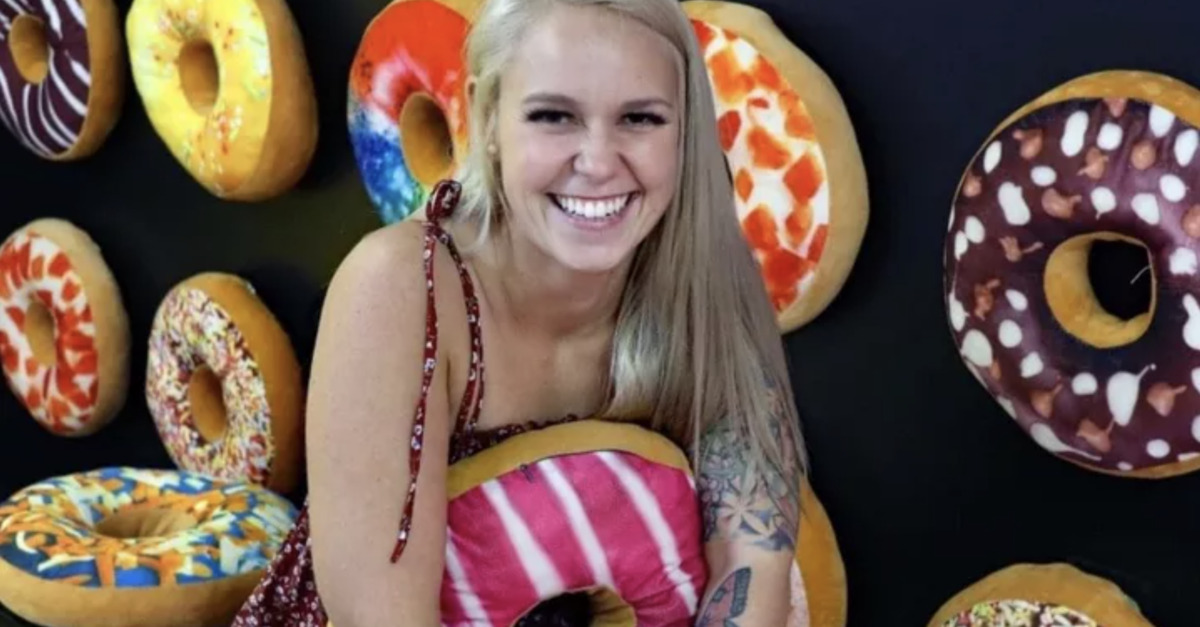 A woman from Washington State was killed over the long Thanksgiving weekend while vacationing in Cancun, Mexico. Her boyfriend is now in custody on homicide charges.

Mexican authorities say 26-year-old Sativa Transue was found dead in her fourth floor room inside of the Punta Sam Hotel, according to Riviera Maya News. Her boyfriend, who has only been identified as Taylor N, 31, also from Washington, is facing murder charges.

Mykayla Bolieu addressed the news and provided some details of her sister’s death in a Facebook post on the evening of Nov. 27:

My sweet sister was talked into going to Cancun instead of coming home for Thanksgiving.
And she left Thursday
Yesterday she was messaging me, showing me the views, snap chatting my daughter Amelia. She told me she wasn’t having the best trip, but she was enjoying the sun.
Last night she texted her friends, who are amazing by the way. She was in a fight with her boyfriend and they said she had to have stitches.
This morning her friends were so concerned for her well being that they not only went to the police but then to the FBI to try to help my sister.
Unfortunately we got the call around 9 am that she passed.

“[Two of her friends] went to the Milton Police Department,” Bolieu told Spokane, Wash.-based NBC affiliate KHQ earlier this week. “We are all so, so thankful for them. They then went to the FBI with everything Sativa told them that night. They have such kind hearts, and we will never be able to thank them enough.”

Mexican police say Transue was killed Friday night after her boyfriend had been drinking. The defendant allegedly beat his girlfriend to death, police said. No motive has been speculated upon as of yet.

The victim’s body was reportedly discovered the next morning by hotel workers who then called 911.

Bolieu, however, says the family will be requesting a “second autopsy” in the interests of “justice” for her sister.

“At this point, they weren’t sure what happened, but since then her death has been ruled as a homicide,” she added in comments to the outlet. “We won’t have an official cause of death until a family member gets down there to facilitate on our behalf. With Covid, and this being a crime in a foreign country, everything has been moving slowly.”

According to local ABC affiliate KOMO, Transue and her boyfriend had been together for some three years before the slaying.

Bolieu suggested that some callous indifference to the victim’s final, agonizing moments proved pivotal in her death.

“People heard screams in the middle of the night and they said nothing,” she told the outlet. “In the morning my sister, they found, they found her dead beaten to death.”

“The sound of her scream and her cry,” she went on. “I have never been so heartbroken in my life.”

[T]he Quintana Roo Attorney General’s Office reports that they have detained a man of foreign nationality, a probable participant in the femicide of a woman, also of foreign nationality, inside a hotel in Benito Juárez. The defendant, who was a partner of the victim, has already been placed at the disposal of the Public Ministry, which initiated the corresponding investigation folder.

Transue’s family has started a GoFundMe campaign that aims to “help with the costs of bringing her body and belongings back to the United States for an autopsy report and thorough investigation.”

“We now are finding out they are adding extra costs as they will only fly her to Seattle, and then the funeral home that’s going to get her has to go drive to her and back,” Bolieu wrote. “We cannot thank everyone enough for donating. Any left over funds will be donated to a domestic violence charity in Sativa’s name.”