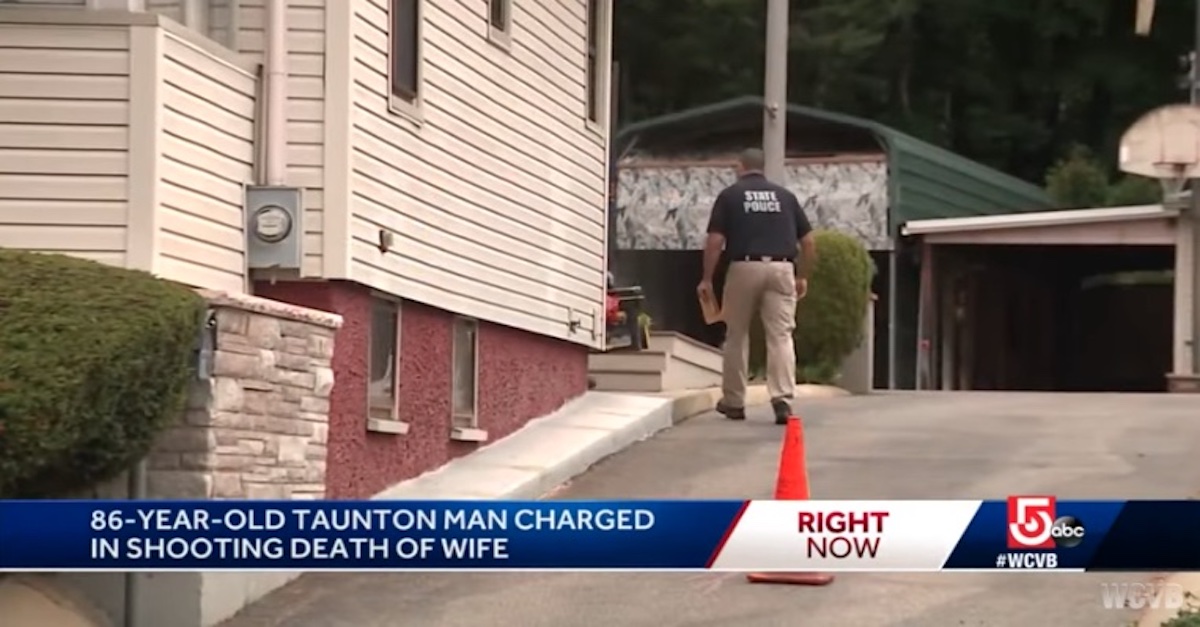 An elderly Massachusetts man has been arraigned on murder charges for allegedly shooting and killing his wife at the couple’s home in August.

“Holding onto a walker, the 86-year-old Taunton man accused of shooting and killing his wife this past summer was guided into the courtroom to face a judge,” local station WCVB reported.

Silveira was ordered held without bail and will return to court in November for a pre-trial hearing, according to local station WPRI.

On Aug. 29, first responders found Silveira’s wife, 71-year-old Dianne Silveira, in the driveway of the couple’s home in Taunton. She had been shot in the head and neck, and a trail of blood leading toward the house, according to a Boston Globe report.

“Officers carried Dianne Silveira to a waiting ambulance while they watched Edmund Silveira run back inside the small bungalow,” the Globe reported in September, citing police sources. “And while doctors were trying to save her, Edmund Silveira went through the house shutting off one light after another[.]”

Officials and an area SWAT team surrounded the home, waiting for Silveira to come out, the Globe reported. Ultimately, a robot was sent in and found Silveira unconscious, with wounds to his wrist and neck that appeared to be self-inflicted. Silveira was taken to Rhode Island Hospital.

As Law&Crime previously reported, Dianne had told police in March that her husband was “controlling.”

“Ed is just not okay,” she reportedly told officers, according to the Boston Globe. “He doesn’t even let me leave to go out for walks nor let me use cellphone because he thinks I’m trying to meet another guy.”

For his part, according to the Globe, Silveira claimed that a man had been stalking his wife for years, and was concerned that this person would steal her away from him.

“I don’t restrict her from anything,” Silveira told police, according to the Globe.

The district attorney’s office did not immediately return Law&Crime’s requests for comment.