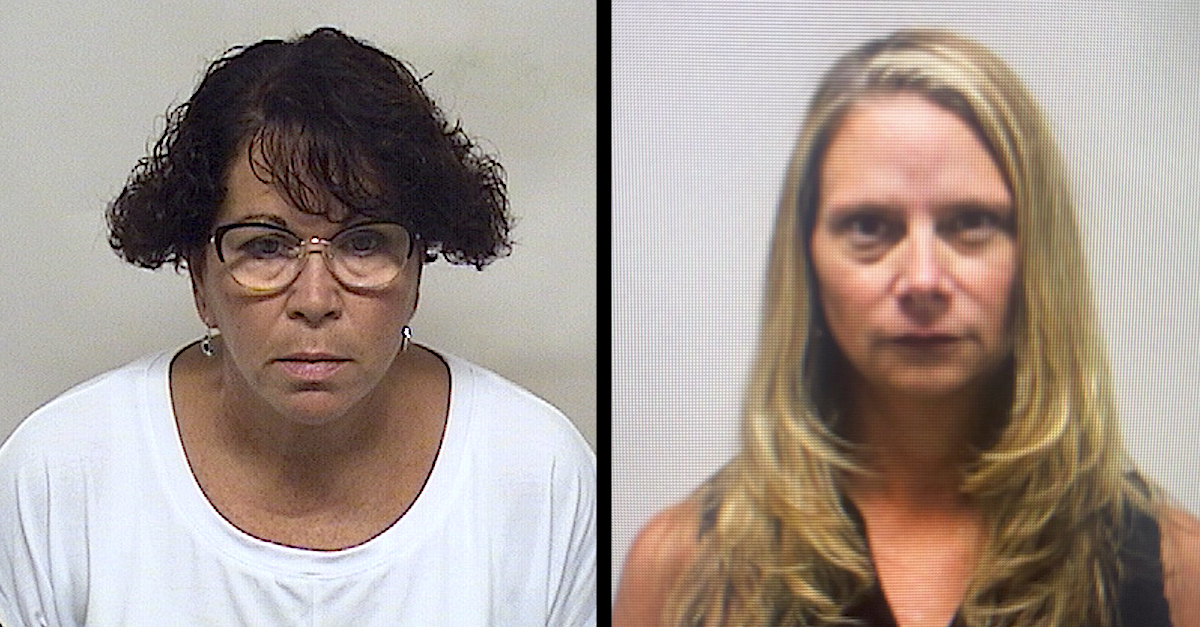 A sum total of five current or former Connecticut educators have now been arrested in connection with a sprawling probe into alleged child sex abuse by a onetime fourth-grade teacher.

According to the Plymouth Police Department, Chrystal Collins, 59, of Julia Road in Bristol is charged with failing to report the abuse, neglect, or injury to a child or the imminent risk of serious harm to a child.  Rebecca Holleran, 47, also of Bristol, was also arrested on the same charge, according to Hartford CBS affiliate WFSB-TV.

Earlier this week, Law&Crime reported the arrests of former school principal Sherri Turner, 59, of Farmington, and math interventionist Melissa Morelli, 45, of Plymouth.  The charge referenced in those cases is the same as the charge noted above against Collins and Holleran.

Collins, Holleran, and Morelli were actively employed at the time the investigation unfolded but are now on administrative leave, according to the local school superintendent.  Turner had retired by the time she was arrested.

All four are charged in connection with a case involving the alleged acts of onetime Plymouth Center School fourth-grade teacher James Ernest Eschert, 51.  He had been with the local school district since 1998 and for a time taught third and second grade, court papers indicate.

Eschert was arrested in January on five counts of risk of injury to a child, all felonies, and two counts of fourth-degree sexual assault, both misdemeanors, according to a police department press release issued at the time. 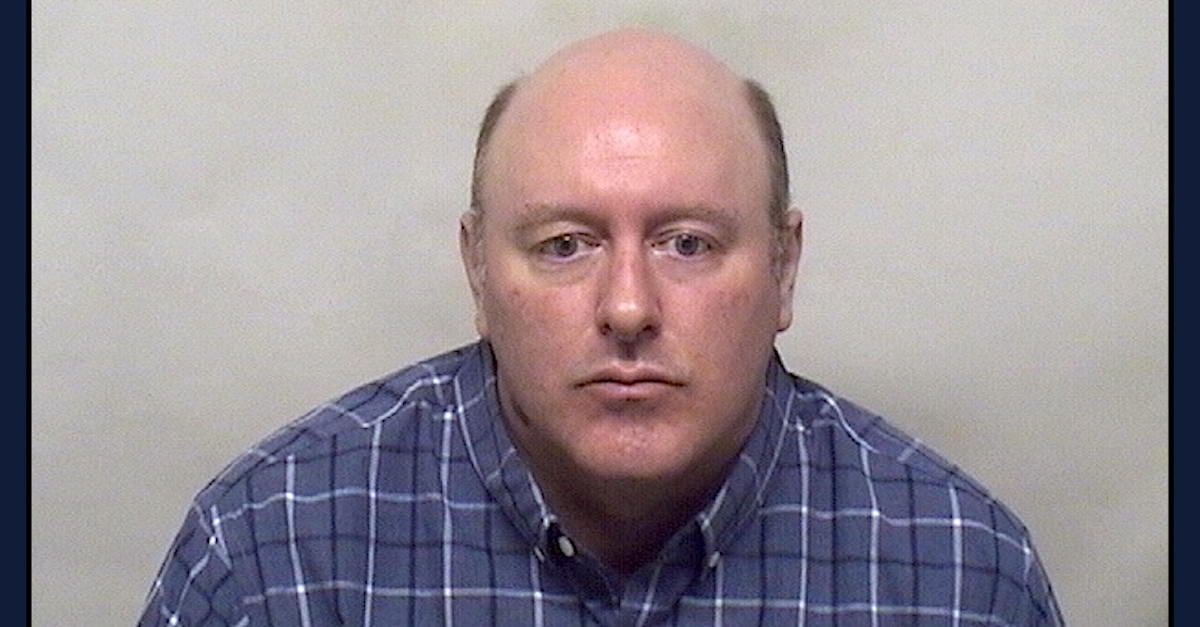 A detailed affidavit alleges that an investigation slowly but methodically revealed that Eschert recommended or selected certain girls to join his fourth-grade class.  He allegedly allowed a list of favorites to remain in his classroom during recess.  He allegedly gave those girls gifts and answers to test questions.  He also allegedly touched a thigh and an arm, is accused of “bouncing” several of the “girls on his lap in a humping motion,” and that several of the girls reported that Eschert became erect in their presence.  Among other things, he also allegedly invited the girls to his private home — an invitation they told the authorities they declined.  Eschert also allegedly took sexualized photos of the girls while they were in the school.

According to the police, the alleged victims described a particular red Nikon digital camera used in furtherance of those alleged efforts, and the device became the subject of a search warrant.  A cache of images recovered from the device confirmed the existence of the sort of material several of the alleged victims described to the authorities, the police wrote in the affidavit.

The device yielded more than 760 photos.  Twenty six of the images were “determined as inappropriate,” the affidavit alleges, and two of those pictures allegedly “were of a closeup of a female student’s groin area while she was performing a cartwheel.”  Three images “were taken from ground level and showed female students seated in a manner which exposed their groin and underwear,” the affidavit asserts.

The girls are said to have told the police that Eschert developed pictures of them at Walmart.  He also allegedly commented on their bodies and their eating habits.

The police investigation eventually involved interviews with more than a dozen alleged victims and their parents, according to the paperwork obtained by Law&Crime.

The law enforcement documentation says several of the parents vouchsafed that they had complained to school administrators about Eschert’s alleged behavior in the past but were given little more than lip service in response to their grievances.

Eli Terry Jr. Middle School Principal Angela Suffridge became aware of the allegations as the alleged victims grew older.  Suffridge, according to the police affidavit, in turn reported the matter to the appropriate authorities.  An investigation by social worker Alyson Harrison ensued, and her efforts quickly involved the local constabulary.

The police affidavit identifies Suffridge as the “initial reporter” — the person who first blew the whistle on the allegations — and sets her up as somewhat of a hero who “actually listened” to the girls’ complaints.

The affidavit says one of the girls told the police that Eschert was a “pervert.”

When word of the probe involving Eschert began swirling on social media, school superintendent Brian Falcone penned the following letter to the school community on Nov. 2, 2021.  Falcone subsequently released the letter to Law&Crime:

It has come to my attention that a social media communication has been posted with regard to a teacher employed in our district.  This is a pending personnel matter, and I cannot comment on any details, as the matter is currently under investigation.  I can tell you that the teacher has been placed on administrative leave, pending investigation, since September 17, 2021.  The district is cooperating with the appropriate governmental agencies in connection with this investigation, and we will continue to do so.  Our top priority is and always will be the safety and well-being of all of our students.

After arrest warrants were sworn out regarding the three current staffers and one former principal, Falcone released the following on Aug. 23, 2022:

The Plymouth Public Schools have learned that arrest warrants have been issued for three Plymouth Center School employees and one former Plymouth Center School administrator for failure to report allegations of abuse or neglect of students by former teacher James Eschert. The current employees were placed on administrative leave when the district notified the Department of Children and Families of the alleged failure to report. Since this is a pending criminal investigation, the Plymouth Public Schools cannot comment or share any further details, but I can assure you that we have fully cooperated with the Department of Children and Families and Plymouth Police Department throughout their investigations.

Plymouth Public School employees are mandated reporters and are required to report allegations of abuse or neglect of children to the Department of Children and Families for investigation.  Failure to do so is inconsistent with the law and our district policies, and will not be tolerated. As a school district, the safety and well-being of our students will always be our top priority, and we affirm our commitment to protect our children and act in their best interest.

Eschert pleaded not guilty and according to a court docket is out on bond. He he scheduled to appear for a pretrial hearing at 10:00 a.m. on Sept. 27.

The court records and the police press releases are embedded below: