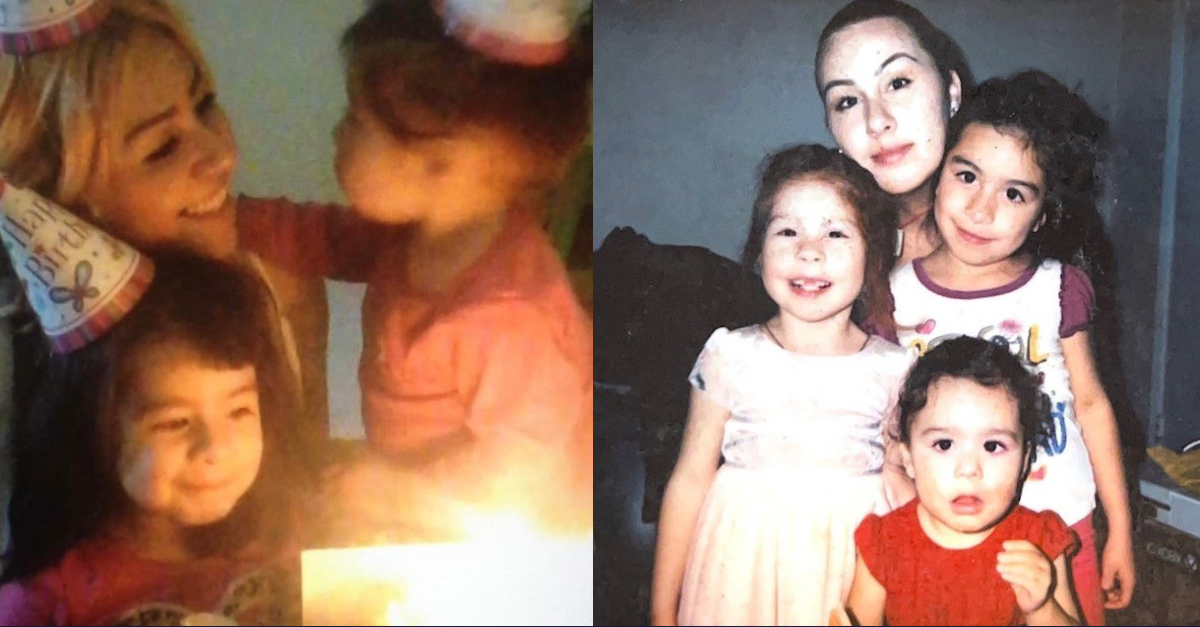 A double murder-suicide in California has left six children without their parents. Now, authorities are asking the public for help.

On Sunday, June 12, Salvador Pantoja, 33, went to his estranged wife’s apartment complex in San José, California. An argument in the parking lot ensued. A security guard, 23-year-old Marco Carral Duran, intervened in the domestic dispute. By the end, Pantoja shot and killed Duran, shot and killed 29-year-old Erica Chanon Pantoja, and finally killed himself, the authorities believe. The incident occurred during the early morning hours – sometime after midnight.

“When Officers arrived, they located two adult male victims and one adult female victim suffering from at least one gunshot wound each,” the San José Police Department said in a press release. “The three victims were pronounced deceased at the scene.”

“The oldest one who saw the whole incident, she still cries,” the deceased woman’s sister, Maria Chanon, told San Francisco ABC affiliate KGO, “She can’t understand why her father would do that.”

The children are now living with Chanon, another aunt, and their grandmother, the TV station reported.

The SJPD recently set up a fundraiser for the horror-stricken family by way of the San Jose Police Officers Association:

These children need your help.

6 children from ages 1-10 years old lost their mother this past weekend. She was the victim of homicide #15 of the year.

Big thanks to @ProtectSanJose for setting this up. RTs help. pic.twitter.com/lCemQRxkQo

While police have yet to float a potential motive for the multi-tiered tragedy, Chanon said her sister was in the process of trying to disentangle herself from a long abusive relationship.

“She was trying to file for divorce, she was living by herself working for her children,” the grieving sister told KGO. “She was trying to be better off because she knew how he was but at the end it still didn’t matter.”

On Wednesday, she addressed that situation outside the Chapel of Flowers Funeral Home, which donated a plot to the deceased woman.

“She called the cops various times but she didn’t want to talk about the abuse,” Chanon said, according to The Mercury News. “She didn’t want anybody to know or judge her. We told her to go to the police and tell them everything. I don’t know what she was thinking.”

“She died tragically,” the sister continued. “She died trying to protect her children. There was this angel security guard. It’s just been hard on us and the family. We just want to put her to rest now.”

Two families are now shattered due to the violence.

“He was only trying to break up a domestic dispute,” Fernanda Duran, the security guard’s sister, wrote in a GoFundMe for funeral expenses. “He is a hero who protected six kids from the shooter.”

She mourned in distress – and remembered her brother fondly:

There’s no way to describe how much light Marco brought to many souls, he was a caring son, a loyal friend, but more than anything, he was the best role model for me and my brothers. His smile and laughter filled voids for many. He was a shoulder to lean on while our mother raised the four of us on her own. Marco was our oldest brother, and he dreamt of being a UFC Champ; he trained, watched UFC fights, and was determined. He was training at the American Kickboxing Academy, but when Covid hit, he put his dream aside to be able to provide for our family. Today, our family’s life and the life of our loved ones has come to a screeching halt, and we are all in shock. We are all in unbelievable grief with this senseless murder. We are making arrangements that we never thought we’d ever to face or even imagine. Along with the pain, we must face unsurmountable expenses; we are completely unprepared for. We ask for your help to help us cover the funeral and memorial expenses.

Marco was reserved; many found him quiet, but with his family he was always aware of what we needed, he was always checking in. We smile remembering that on his day off, which was on Sundays, he would make it “a pizza party” day that he came up with on his own. He carried a notebook where he would brainstorm about his brand, which he would have one day. He followed new trends from fashion to technology. He had started doing research into the “Huichol” history and way of life. Marco was overall a well rounded person, always expanding his knowledge. My brother was 23 years old, he would have turned 24 this coming November, while he wasn’t sure about having his own kids, he wanted to make sure to take care of our mom, to build her a home in Mexico and makes sure she would be cared for. We aren’t surprised this was his way of thinking, he was always looking to take care of us. It came naturally to him as he was our oldest brother.