Man Allegedly Shot and Killed Texas Mother After Stalking Her, Planting Tracking Device on Her Car 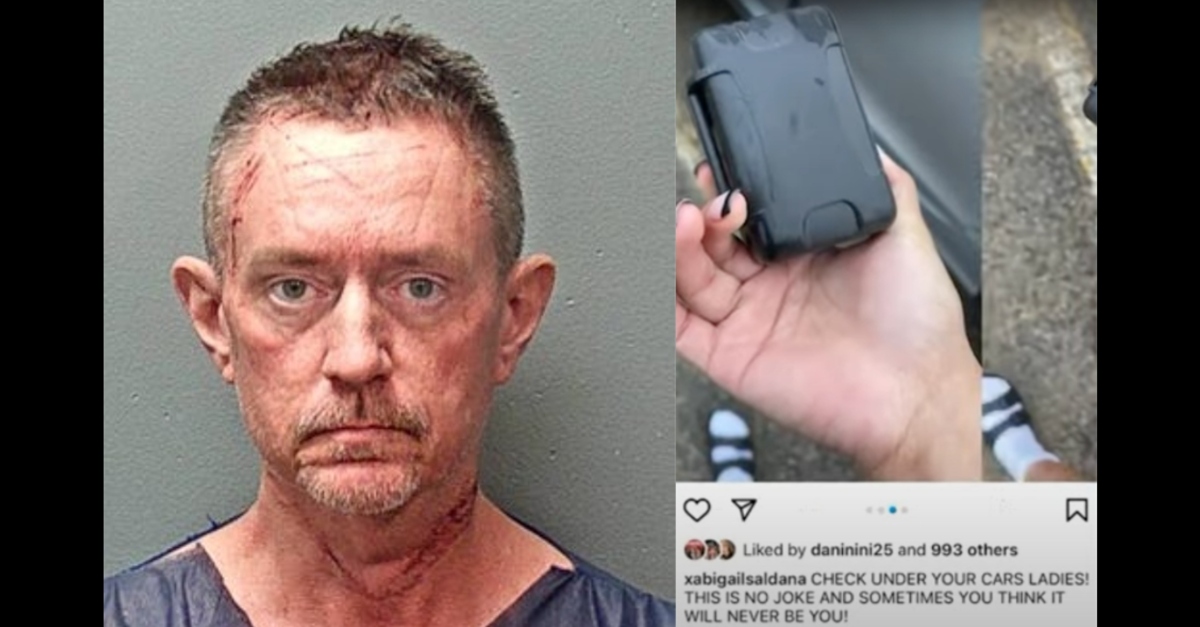 A young Texas woman had found a life in Dallas, working two jobs and supporting her son, but a man allegedly terrorized her for weeks and killed her. Abigail Saldaña, 22, died Tuesday from gunshot wounds to her right arm and back in the nearby city of Fort Worth, according to online records from the Tarrant County Medical Examiner’s Office. Stanley Frank Szeliga, 54, was arrested Thursday, jail records show.

Cops said they were dispatched Tuesday to 131 State Highway 183 regarding a major accident call, according to Time Record News. What they discovered was way more sinister than an accident. They found Saldaña shot in her car. Medical workers pronounced her dead at the scene, officers said.

They said they tracked down Szeliga as a suspect. He was having issues with her, and there was evidence he had been stalking  and harassing her, police said. SWAT said they executed a search warrant at his apartment on Wednesday, but he refused to step out. Authorities said they found him on his balcony with self-inflicted cuts, but they were superficial, a police spokesperson said, according to Texomas’s Homepage.

Reporting at FW PD. A woman who was found fatally shot inside her crashed car, may have been the victim of a stalker. A few weeks before she died, 22-year-old Abigail Saldana reportedly found a tracking device on her car. 54-yr-old Stanley Szeliga is in custody for murder. pic.twitter.com/gscpkGUD9g

Szeliga has a criminal history including domestic violence in California, according to KDFW.

Saldaña’s mother Jessica Contreras said Abigail found a tracking device on her car two weeks before the murder, according to WFAA. Saldaña reported this to police, Contreras said.

Contreras described Saldaña’s as her middle child and only daughter. The 22-year-old had lived in Wichita Falls but moved to Dallas several years ago with her 5-year-old son, Contreras said. The young woman worked at a bar and as an eyebrow stylist. Her mother suggested that Saldaña through work.

According to the redacted arrest warrant, police ultimately found Instagram posts in which Szeliga complained about Saldaña.

“I, along with additional homicide detectives, noted that the victim had clothing items in her vehicle consistent with those worn by exotic dangers,” cops wrote. “Within view of the victim’s vehicle was a sexually oriented business named ‘Rick’s.'”

Officers went to Rick’s, spoke to the manager, and learned that Saldaña worked for the company.

“The manager went on to explain that [Saldaña] had recently been harassed by a customer of Rick’s that the manager knew only as Stan,” officers wrote. The manager noted that Saldaña made an Oct. 14 Instagram post about finding a tracker that “Stan” hid on her car.

Saldaña, the manager said, was afraid of Stan because he had been stalking and harassing her.

“The manager showed me several Instagram posts indicating that Stan was recently irritated with Abigail and that he was going to report her for prostitution,” police wrote. “At approximately 20:46 hours, as I looked on the manager’s phone, I saw a post from Stan marked as being sent 3 hours prior. The post appeared to be a screen shot indicating that Stan had paid Abigail $3[,]000 at some point, and Stan was posting this as proof of his prostitution allegations.”

According to cops, Szeliga agreed over the phone to meet for an interview on Wednesday. He allegedly flaked.

“Stanley called me at approximately 17:15 hours [15 minutes before the scheduled interview] and told me that he had been notified of a death in the family, but he agreed to keep our meeting,” stated the affidavit. “Stanley did not show up for our interview.”

Police soon got the search warrant.

Law&Crime asked law enforcement about two Instagram accounts which appear to belong to the suspect and which contain several posts ranting about Saldaña, but Officer Brad Perez did not specifically address this in an emailed reply, saying that homicide investigators only provides them what they want released to the media.

“No other information to provide currently as homicide is still working this case,” he wrote.

Szeliga remains at the Tarrant County Jail on a count of murder in lieu of $250,000.

“He took away a mother, a daughter, beautiful, strong, bright person,” Contreras told KDFW. “And there will be justice on that. I won’t stop. I’ll see him in court.”

Update – 12:22 p.m.: We added more information from the arrest affidavit, which you can see below.