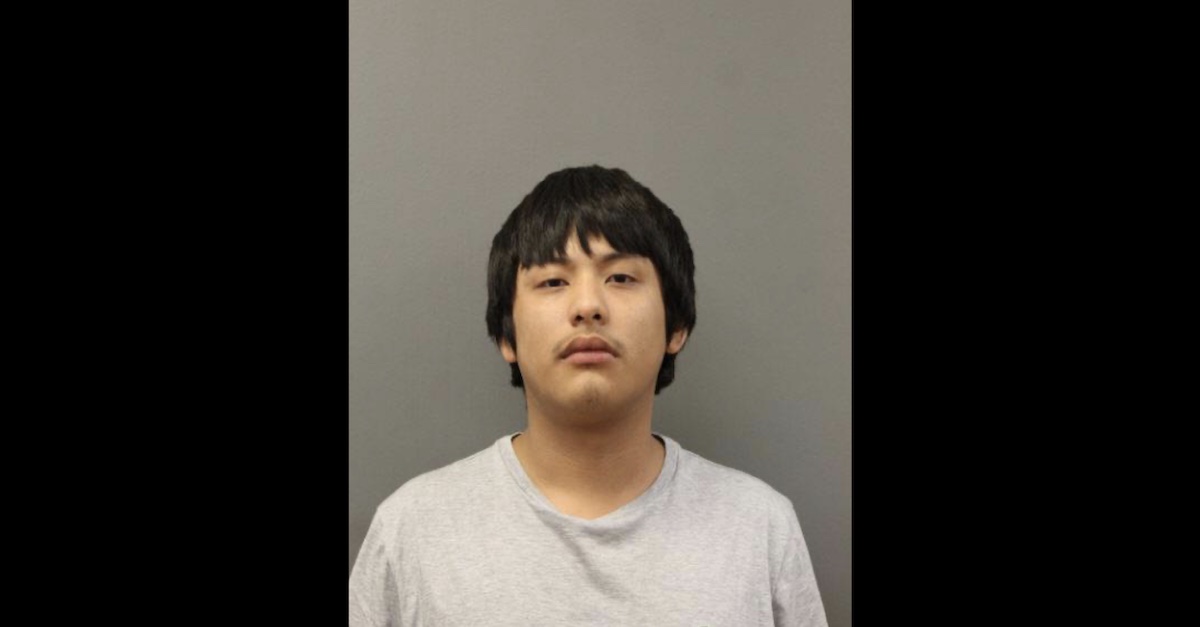 A Chicago teen is accused of trying to murder a father, 31, and the victim’s 2-year-old toddler son in a shooting on the night of July 13.

Miguel Avelar, 18, was taken into custody on Monday evening on two counts of attempted first-degree murder, the Chicago Police Department said in a news release about the development. The police narrative contained very little information beyond basic facts about the alleged shooting, the victims, and Avelar’s subsequent arrest:

The shooting, which occurred in Humboldt Park, left both victims wounded. On the day of the shooting, it was reported that the toddler was shot in the leg and was in critical condition. The boy’s father, also critically wounded, was reportedly shot in the face. Both victims were hospitalized and both have survived, hence the attempted murder charges Avelar now faces.

Local news reports said that the suspect got out of a vehicle and started shooting; the shooting itself may have been captured on surveillance video. A motive is unclear at this time.

Avelar was scheduled to appear in Central Bond Court on Tuesday.