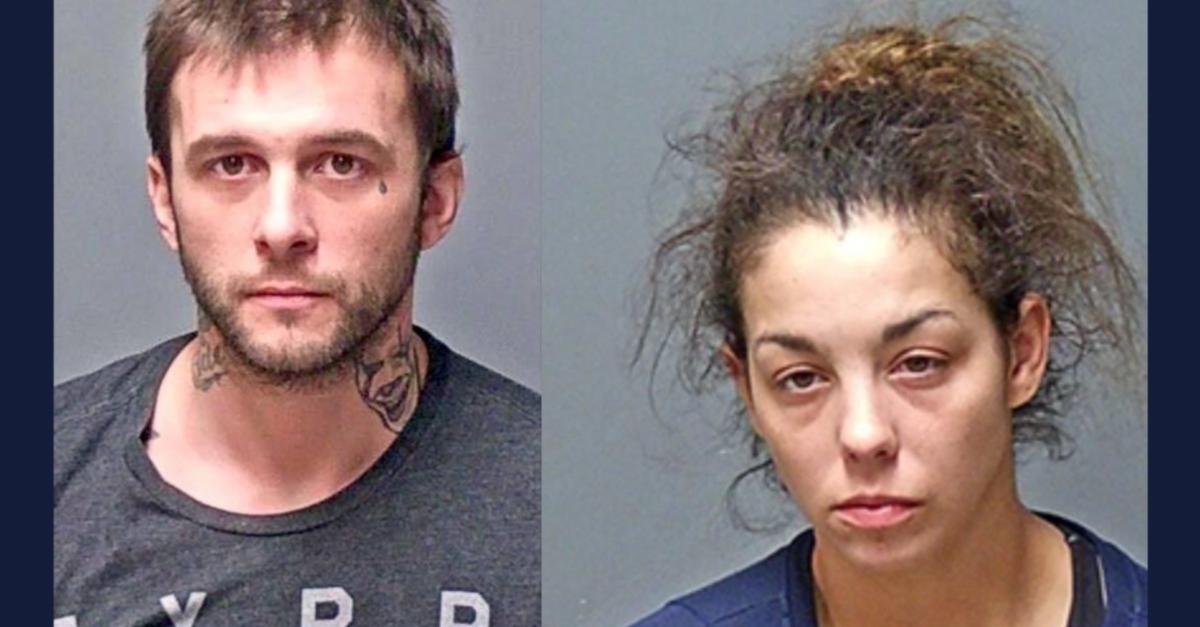 The father and stepmother of a missing New Hampshire girl have been indicted. Adam Montgomery, 32, faces a count of second-degree assault for allegedly striking Harmony Montgomery, then 5, in the face, giving her a black eye. (The date of birth for Adam Montgomery in the indictment lists the defendant’s age as 30, but it is actually 32, New Hampshire Department of Justice spokesman Michael Garrity told Law&Crime in an email.) Stepmother Kayla Montgomery, 31, faces a count of theft by deception for allegedly collecting benefits on the girl’s behalf admit her disappearance.

Harmony is believed to have vanished in late 2019, but she was only reported missing about two years later. She would be 7 now, and police continue to search for her under the assumption that she is still alive. Her father allegedly snubbed investigators and refused to answer their questions about the girl’s whereabouts. Kayla, who is currently estranged from her husband, allegedly told police she last saw the child in November or December 2019 before going to work. Harmony’s biological mother Crystal Sorey was initially out of the picture, losing custody in Massachusetts in 2018 over drug use, but regained sobriety. She said she last saw her daughter in a video chat around Easter 2019. She allegedly claimed Adam and Kayla Montgomery, however, froze her out by blocking her on social media and the phone.

Sorey described her daughter as appearing frightened in that final video chat, police said. The new indictment is over Adam allegedly striking the girl in the face in July 2019. He allegedly told his uncle Kevin Montgomery, “I bashed her around this house.” From the affidavit:

Adam Montgomery is scheduled for a hearing to take place June 28, while Kayla is set for court on April 7.

The search for Harmony continues.

“Anyone with information regarding her disappearance or current whereabouts is asked to call the Manchester Police Department’s 24-hour Harmony Montgomery tip line at (603) 203-6060,” the NH DOJ wrote.