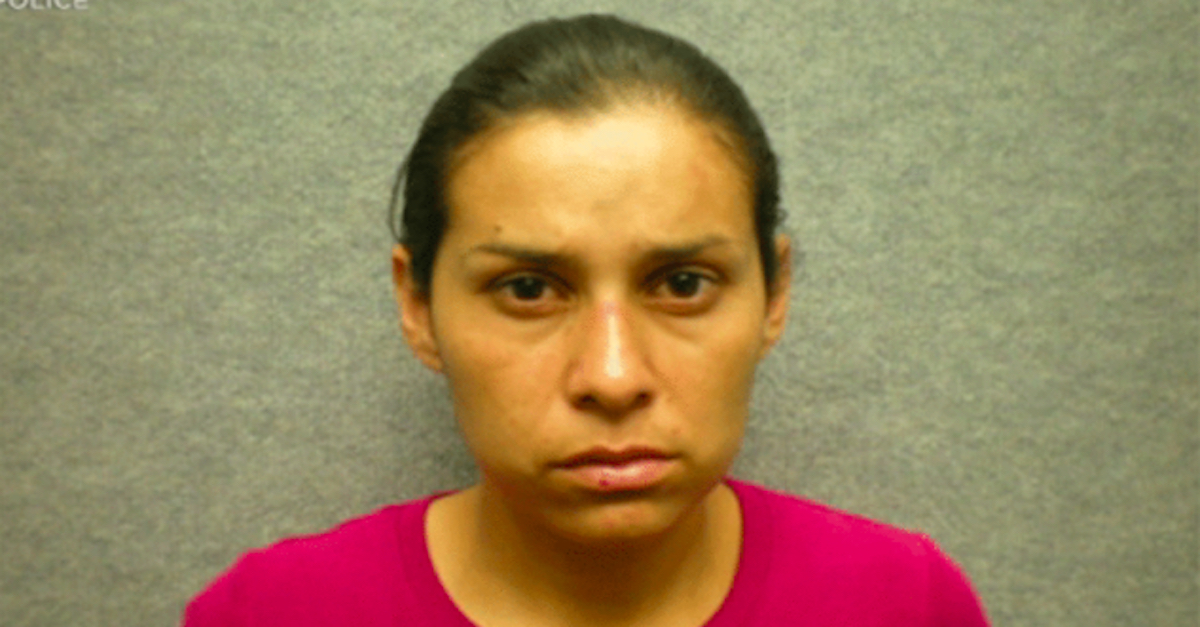 A California woman on Wednesday was convicted of first-degree murder for killing her 7-month-old son by pushing him off of the fourth story of a hospital parking garage, the Orange County district attorney’s office said.

According to the district attorney’s office, the same jury who found Hermosillo guilty of murder will now be charged with deciding whether she was legally insane when she pushed her son, Noe Medina, Jr., (a.k.a. Baby Noe) to his death. The sanity trial is currently scheduled to begin on Aug. 24.

In order to be found legally insane under California law, a defendant is required to show by a preponderance of the evidence that they either did not understand the nature of the criminal act they committed or they did not understand that their conduct was morally wrong.

On Aug. 22, 2011, Hermosillo drove Noe to the Children’s Hospital of Orange County (OCCH) where he had been receiving regular treatment for a congenital condition that left his neck twisted to one side as well as for flat-head syndrome that made it necessary for him to wear a protective helmet at all times, according to a report from The East Bay Times. On that day, however, Hermosillo did not have an appointment to see any of the doctors at OCCH.

Prosecutors said that Hermosillo parked her car on the fourth floor of the parking garage, unhooked the baby’s medical helmet and pushed him from the structure. A witness saw the child fall and immediately called 911.

“Hermosillo then walked inside the hospital, validated her parking, and drove away,” the DA’s office said in a statement.

The baby was rushed to the University of California, Irvine Medical Center’s trauma unit in critical condition but died two days later.

A few hours later, Hermosillo’s husband, Noe Medina, called police to report his son and wife missing. He told police that his wife had been struggling with depression and was not allowed to be alone with the baby. Her attorney said she was often go “catatonic” and sometimes just wander off without explanation. She had recently been placed on a psychiatric hold and hospitalized for several days.

Officers spotted Hermosillo driving past the hospital that evening and took her into custody.

During the trial, the road to which had been blocked by years-long delays, prosecutors said that Hermosillo told police that she was intentionally trying to kill her son and that she harbored “hate, resentment, and anger” towards him.

“No, I would rather he died,” she said when they asked if she hoped the child would recover from the four-story fall. She reportedly said she killed him “because he’s sick” and added, “that’s why I don’t love him,” according to a report from ABC-affiliated news station CSN-TV.

“The most basic job of a parent is to keep their children safe from harm. This child didn’t even have the chance to take his first steps, say his first word, or even celebrate his first birthday before he was murdered by the very person whose job was supposed to keep him safe,” District Attorney Todd Spitzer said in a written statement. “Baby Noe may not have been on this earth very long, but the men and women of the Orange Police Department and the Orange County District Attorney’s Office never gave up the fight for justice in this case.”

Hermosillo’s attorney did not immediately respond to an email from Law&Crime.