Boyfriend Convicted of Murdering Woman ‘Whose Body Has Never Been Recovered’ 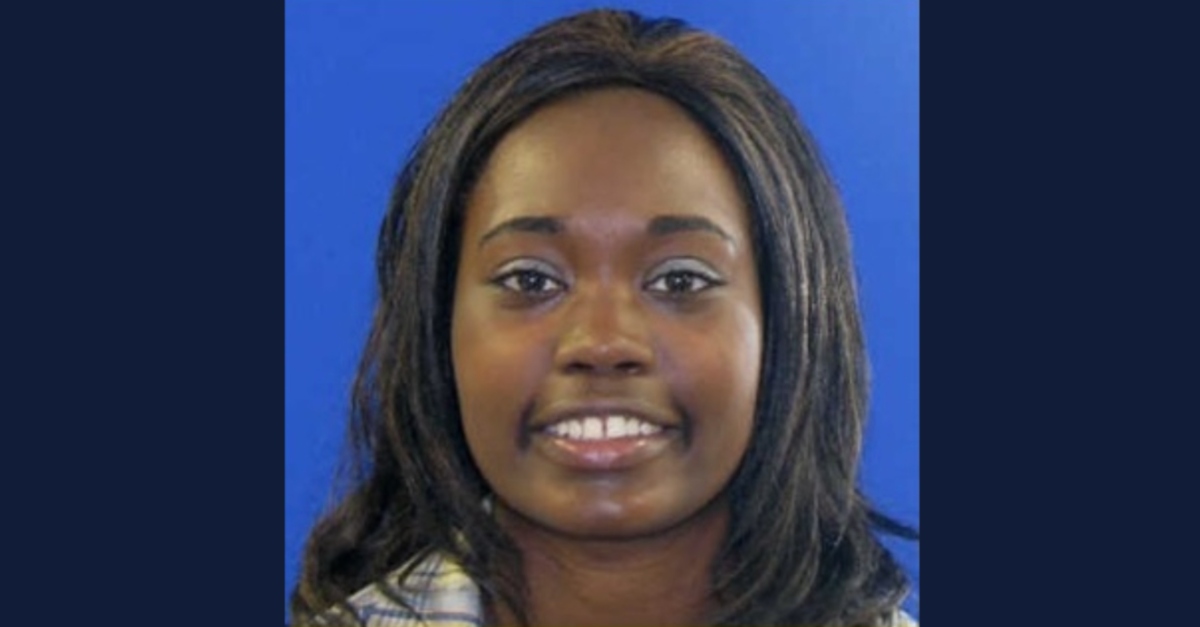 To this day, authorities don’t know where Olga Ooro’s body is, but prosecutors were able to convince jurors that the 34-year-old woman’s boyfriend Darnell Neal Sterling, 57, murdered her.

The U.S. Department of Justice said in a press release on the guilty verdict that Ooro’s body “has never been recovered”:

Darnell Sterling, 57, of Washington, D.C., has been found guilty by a jury of charges stemming from the murder of his girlfriend, whose body has never been recovered, announced U.S. Attorney Matthew M. Graves and Robert J. Contee III, Chief of the Metropolitan Police Department (MPD).

The charges in the case against Sterling were second-degree murder and a related count of contempt.

In affidavit filed with the Superior Court of the District of Columbia, cops said a K-9 found the presence of a dead body in the front passenger seat of Sterling’s car. He offered contradictory stories about a trip to Ocean City, Maryland — telling cops he was alone but telling another person he was with Ooro.

Surveillance footage from Ooro’s apartment building showed a man, Sterling, going in and out, officers said. Upon his exit, he struggled pulling a cart out, as if the wheels were stuck, cops said. He managed to pull the cart out of the elevator.

“When the cart comes into view, there is a large object that appears to be wrapped up and covered by the blue and white blanket,” authorities said. “The large object is consistent with the size of an adult human being.”

Residents at Ooro’s apartment building found her then-7-year-old son alone, crying in a hallway on July 18, 2020, police said. This was a Saturday. The child told cops he had not seen his mother since he and she went to dinner with her boyfriend Sterling on Thursday. This was at the restaurant Agua 3o1. Employees said the couple were regulars.

Sterling told detectives he last saw the victim in the early morning of Friday, July 17, 2020.

After eating, they went to Ooro’s apartment. In his version of events, he told her he wanted to go gamble, and she said she wanted to come along. Ooro said she would bathe her son, put him to bed, and then they could go together, according to documents. This took a long time because she also had to get ready to go out. (Her son said his mother put him to bed, and she put on, in the words of the affidavit, her “fancy clothes.” This made the boy think she was going out.)

Sterling claimed that as they were leaving the apartment, Ooro started a fight with him about who he was talking to on the phone, and she accused him of cheating on her, cops said.

“The defendant said they argued and he was going to leave without her,” authorities wrote. “He advised that he then nonetheless asked her to come along but she declined.”

He left the apartment alone, he said in documents.

Sterling said he went to his residence down at 1212 4th Street, S.E. He packed a bag, drove to Ocean City, Maryland, he said.

“The defendant stated he parked near First Street in Ocean City and took his chair to the beach to sleep,” authorities wrote. “He said that when he woke his cell phones were missing.”

Sterling said he stayed in the city until Saturday, July 18, 2020. He stopped at a store in Edgewater, Maryland, to buy a new phone, but decided not to when the store wanted to see his identification.

He drove to Washington D.C. and bought a new phone from a Metro PCS on T Street, he said in documents.

“The defendant stated he attempted to contact the decedent by text and voice call but to no avail,” authorities said.

But a witness told police about overhearing Sterling tell a man that he and his girlfriend went to the beach.

Sterling said he wanted to walk on the beach but Ooro did not, so he left her in the room.

“W-3 said that the defendant told the male that he got drunk and passed out on the beach and when he awoke both of his cell phones were gone,” authorities wrote.

Another witness saw Sterling and asked him about Ooro because he always saw them together. Sterling said that Ooro took or lost his phone or changed the number.

This was contrary to Sterling’s story that he went alone to the beach.

Police also noted Sterling had been arrested multiple times for domestic violence against Ooro. This included a case for an incident on April 21, 2020, where he was charged with holding her against her will in her apartment and punching her in the face and stomach, resulting in swelling to her face and blood to her eye.

Though Ooro remains missing, authorities maintain she is dead. Family members said it was out of character for her to leave her son unattended for days. A K-9 noted signs of a dead body in not just the passenger seat of Sterling’s 4-door 2007 VW Passat, but also in the hallway outside the front door of Ooro’s apartment, in her apartment’s hallway, and also the front bedroom.

“Ms. Ooro’s body has never been found,” the DOJ said. “Sterling killed Ms. Ooro while her seven-year-old son was asleep, in the apartment, in his own bedroom. He cleaned up the crime scene and left the building.  He then returned the next night and used Ms. Ooro’s keys to enter the building and retrieve the body from a hidden location.  He then loaded the body into his car and disposed of it. Ms. Ooro was reported missing after her son was found wandering the apartment building.”

Critical #MissingPerson 34 year-old Olga Ooro, who was last seen in the 300 block of Massachusetts Avenue, Northwest on Thursday, July 16, 2020.

Late last night, MPD’s Homicide Branch arrested and charged 55 year-old Darnell Sterling of Southeast, DC with Second Degree Murder in connection to the disappearance of his girlfriend Olga Ooro. The case remains under investigation until her remains have been located pic.twitter.com/ffpg5FDB5n

Ooro’s family has called out for helping in finding her..

“She was a lovely child,” her father Otieno Ooro told NBC Washington in a heart-wrenching interview. “She never missed any of my birthdays, Father’s Day. She danced with me. She challenged me. She loved me. She was just an incredible child and a loving daughter.”